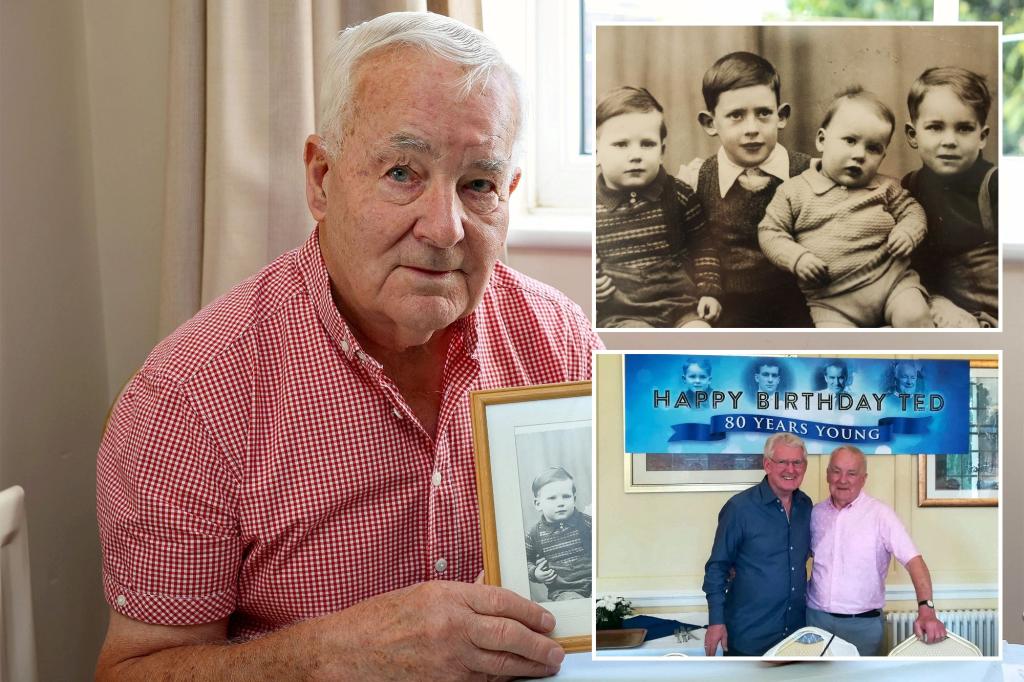 They’ve waited a lifetime for this moment.

Two brothers who’ve spent more than seven decades apart were set to meet for the first time in person Sunday.

Ted Nobbs, of the UK, was expected to hop on a plane to Australia for the long-awaited reunion with his youngest brother, Geoff, who was given up for adoption as a toddler in 1945.

“Hopefully, when I get to Australia I shall be able to meet Geoffrey, give him a hug which I’ve never been able to do,” Ted said in a recent interview with British news agency SWNS.

Geoff, now 79, was the youngest of four boys, but when their mother died of cancer at 30, their father gave up the 2-year-old, Ted recalled while holding a black-and-white framed photo of the four brothers together as tots.

Ted, from Rugby, Warwickshire, and Geoff, along with other brother Barry, were able to connect in 2014 after Geoff wrote to Barry, SWNS reported.

They’ve spoken over the phone many times and at one point, Ted said Geoff was planning to visit him for his 80th birthday before plans fell through due to COVID-19, Metro reported.

“We had the celebrations anyway and there was a big TV in the hotel and [my son] Christopher had got a video off Geoff that he played. He wished me happy birthday,” Ted said, according to Metro.

Ted will fly into Sydney — the first time in 50 years he’ll be on a plane, the outlet reported. Geoff’s adopted family moved there when he was 7 in 1951, Metro reported.

The retiree will meet his brother’s eight children and attend Geoff’s granddaughter’s wedding, the outlet said.

Barry won’t be part of the in-person reunion due to health reasons and the eldest brother, John, died in 2010 before the family members found each other.

‘It’s quite just heartbreaking as I just want to give him a hug,” said Barry, “but it’s really lovely Ted will be able to do so. I’m just glad we’ve found him after all these years.”