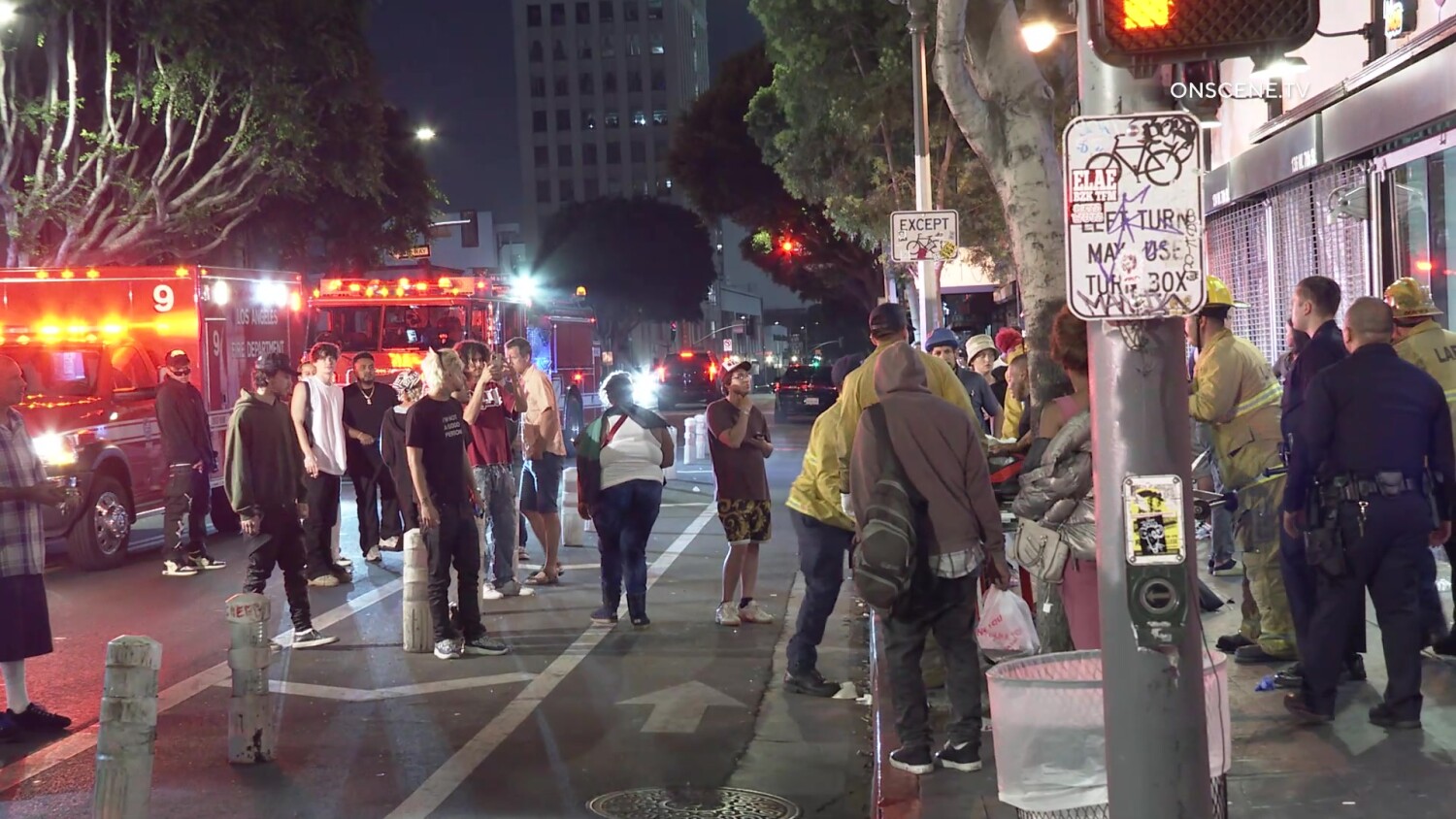 Police are continuing to search for two gunmen suspected of shooting four people in downtown Los Angeles late Thursday, according to authorities.

Officers responded to a report of a shooting about 9:35 p.m. in the area of 7th and Spring streets, according to the Los Angeles Police Department.

Four victims — three men and one woman — were found with gunshot wounds at the scene, said LAPD Officer Drake Madison. Three of the victims were transported to local hospitals, while the fourth was treated at the scene.

As of Friday morning, two victims were listed as stable and one was in critical condition, authorities said.

No arrests have been made and the motive for the shooting is unknown.

Initial reports said that four or five male suspects ran from the scene, but Madison said only two male suspects are believed to have been involved. He didn’t have any further details on their descriptions or ages.

“Two suspects were responsible supposedly for this,” Madison said. “A lot of times when things happen, everybody starts running. Once police get there, they can narrow it down a bit.”

Video footage from OnScene.TV showed Los Angeles Fire Department personnel loading at least one man and one woman into ambulances for transport. The shooting appears to have taken place near a smoke shop in the 100 block of West 7th.