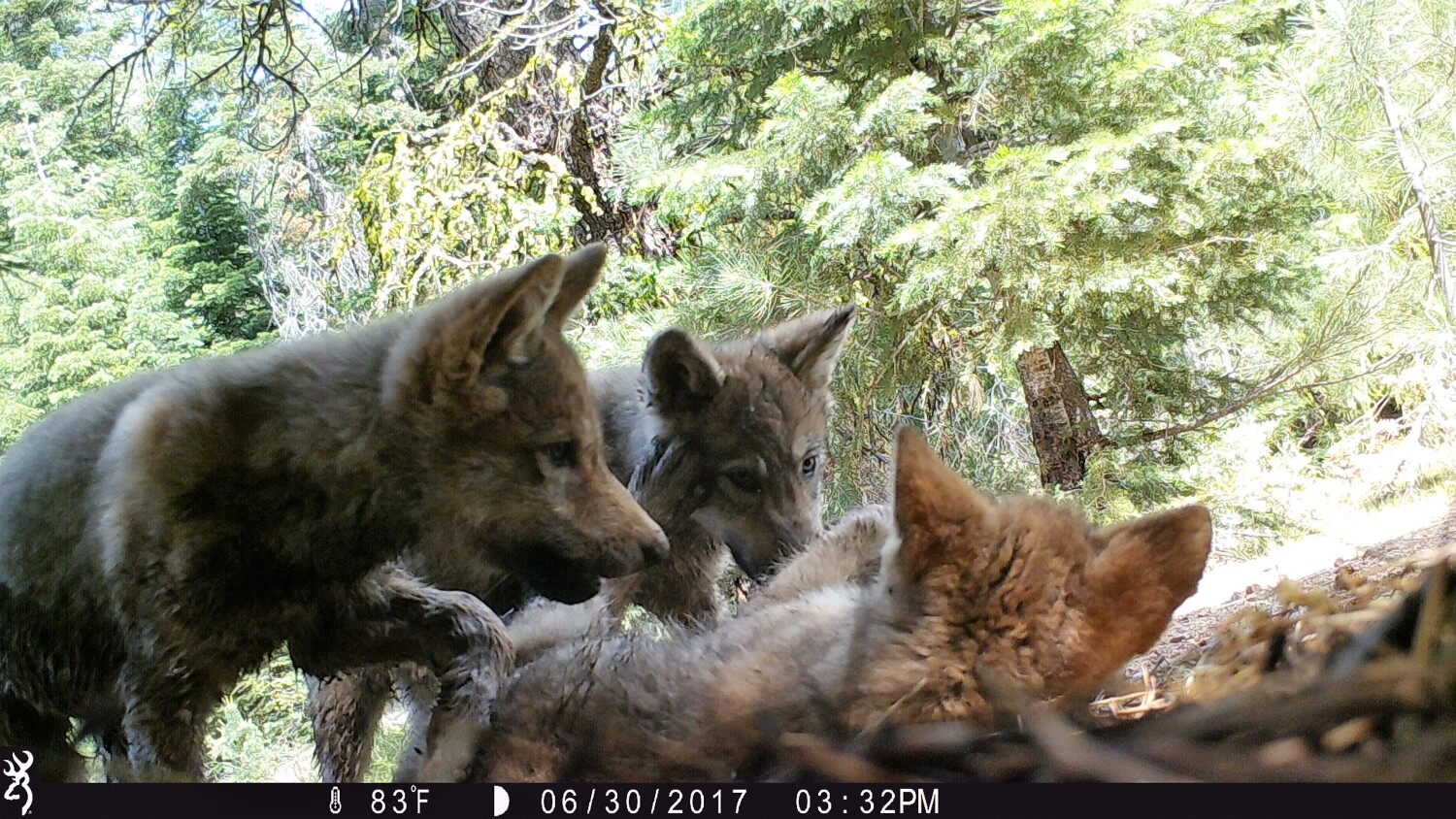 Officials announced that two of California’s wolf packs have each produced litters this year, adding to the species’ continued growth in the state.

The Lassen pack, located in Lassen and Plumas counties in northeastern California, produced five pups, while the Whaleback pack, which is mostly in Siskiyou County in Northern California, had at least six pups, according to a report published Tuesday by the state Department of Fish and Wildlife.

“These are really wonderful moments to celebrate,” said Amaroq Weiss, senior wolf advocate at the Center for Biological Diversity.

The Beckwourth pack, which was discovered in May 2021 in southern Plumas County and is California’s third wolf pack, did not appear to produce a new litter.

Wolves typically breed in the winter, and their litters are born in early spring. Litters can contain anywhere from two to 10 pups, Weiss said.

This is the sixth consecutive year the Lassen pack delivered a litter, and the second successive year for the Whaleback pack — signs of building momentum, Weiss said. Several pups from the previous year’s litters, called yearlings, have also stayed with their packs, another healthy sign of wolves’ revival in the state.

The Lassen pack currently has at least a dozen family members, and the Whaleback pack has at least 13, according to the Center for Biological Diversity.

Gray wolves were eradicated in California in the early 20th century because of their perceived threat to livestock. In 2011, an Oregon wolf with a radio collar, dubbed OR-7, became the first confirmed wolf in California in nearly a century, “staggering the world,” Weiss said.

OR-7 eventually returned to Oregon, but the wolf population has gradually increased in the last few years with the Lassen pack, first identified in 2017, and Whaleback pack, identified in 2020, along with the discovery of the Beckwourth pack last year.

The wolves live in areas threatened by wildfires, making their growth even more impressive.

“It shows you that wolves can be quite resilient,” Weiss said, who added that fires are occurring after the pups have been weaned. They can keep up with the packs as they search for safe areas, Weiss said.

Wolves have faced other threats in recent years. The gray wolf was removed from the federal endangered species list in the final months of the Trump administration, worrying advocates and other wildlife enthusiasts. Those protections were restored in February by a federal judge in California.