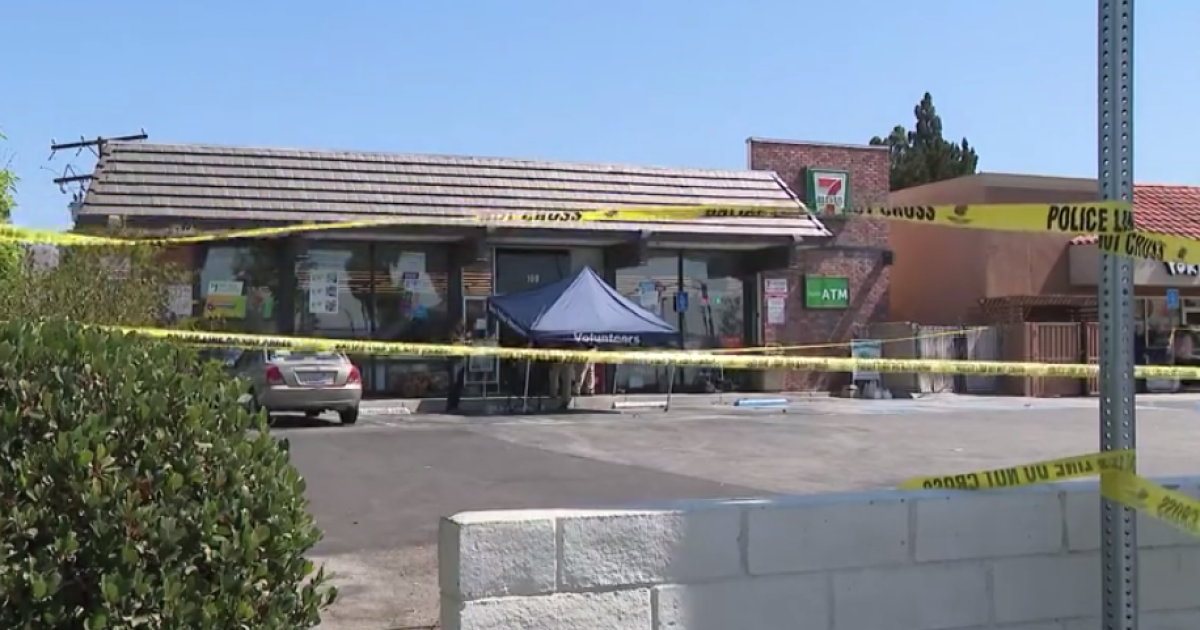 Two people were killed and three injured in a string of shootings at Southern California 7-Elevens early Monday — at least two of which police say were likely carried out by the same suspect.

The shooting in Brea wounded two people who have been taken to a local hospital, Rodriguez said.

Police also responded to shootings Monday morning at 7-Elevens in Riverside and Santa Ana — killing at least one, according to local media reports — but officials have not officially connected them to the two shootings in La Habra and Brea.

“We are aware of other incidents that have occurred here in the Southland at 7-Elevens,” Rodriguez said Monday. “We can’t confirm whether or not they’re connected, but we can assure you our detectives are looking into that.”

He asked for the public’s help in identifying the suspect, sharing a photo of a person wearing a mask and hood.

Just before 2 a.m. Monday, Riverside officers responded to a robbery at the 7-Eleven on La Sierra Avenue, where officers found a customer shot, said department spokesperson Ryan Railsback. He said investigators determined the suspect, who was not identified, entered the store, pulled out a firearm and robbed the clerk, then shot a customer before running from the store.

Railsback said the customer, who was not identified, is now at an area hospital in “grave” condition.

Less than two hours later, Santa Ana police officers responded to a shooting at the 7-Eleven on E. 17th St., finding someone fatally shot at the store, according to Santa Ana Police Sgt. Maria Lopez.

Just after 4 a.m., Brea police officers were called to a robbery and shooting at the 7-Eleven on W. Lambert Road, where a man was found a man shot dead, Rodriguez said. He called it a “robbery that turned into a homicide.”

Then, about 30 minutes later and four miles from the Brea convenience store, La Habra Police officers responded to a shooting at the 7-Eleven on E. Whittier Blvd., a spokesperson for the department said. Two people were found with gunshot wounds and were taken to a local hospital for treatment.

Rodriguez said all the agencies across the region are working together to see if the shootings are connected.