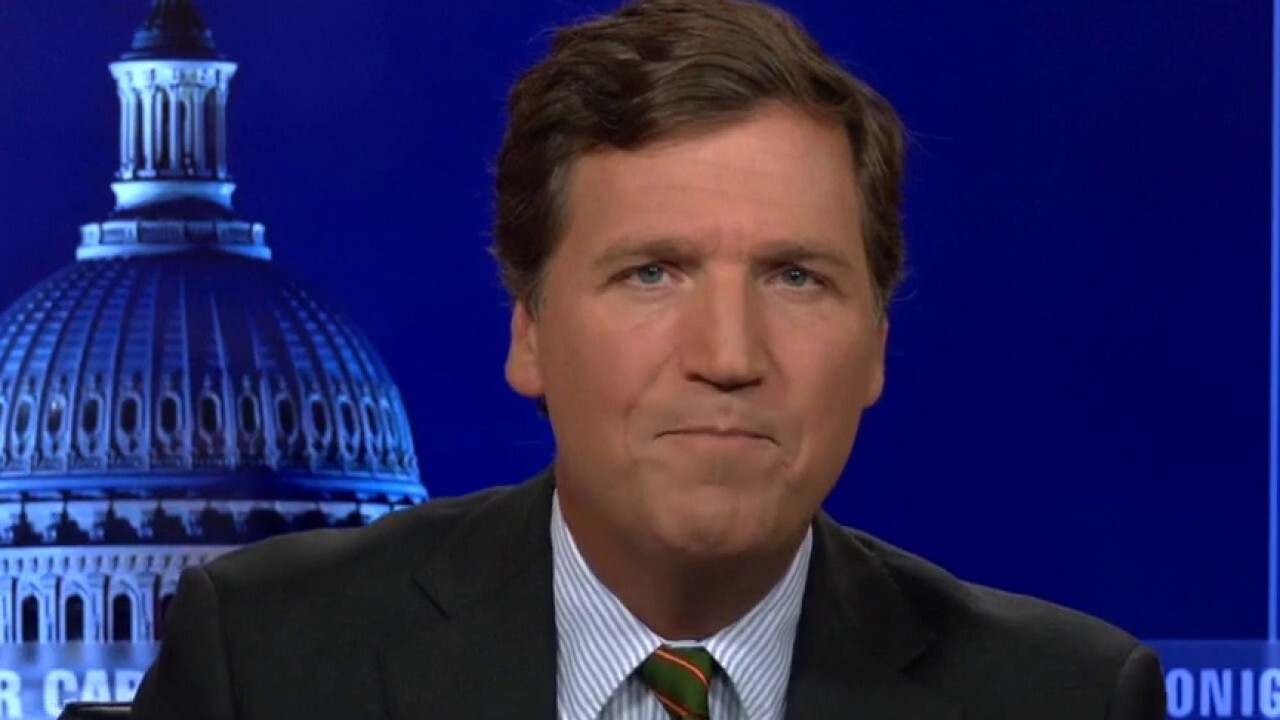 At a press conference back on March 24th of this year, Joe Biden announced that thanks to the regime change war he’s decided to voluntarily wage in Eastern Europe, our country—the United States—will soon face food shortages.

Food shortages are “going to be real,” Biden said. Now, the reporters in the room dutifully transcribed the words and wrote their stories, but you may have missed it. You may not have even heard this because there weren’t a lot of follow-up pieces about these man-made food shortages that Joe Biden was predicting and that’s weird, if you think about it, because food shortages are inherently a big deal. You could argue they’re even more significant than, say, a slap fight between actors at an award ceremony.

Food shortages are historic events. They overturn societies. They bring down empires, they often have. If you’ve got food shortages, you’ve got a potentially destabilizing problem on your hands and now we do have food shortages. They’re real, as Joe Biden predicted. As of tonight, at least 26 states are reporting that half their retail stores are completely out of baby formula. That would include the states of Texas, Tennessee, Missouri, and Iowa, and many others. These are major population centers without enough food for newborns.

In Memphis and Nashville, 52% of stores have no baby formula. Houston and Des Moines are reporting similar shortages. In San Antonio, a city with an unusually high percentage of families with small children, 57% of all stores in the city have no baby formula. Those are the numbers. Journalist Savanah Hernandez went to see for herself what the reality looks like. She went to eight different stores in Texas and not a single one of them had any baby formula to sell. Watch.

HERNANDEZ: We talked to a couple of moms outside who said that they’ve been having a really hard time finding formula and so this is what we’re seeing right now. The second Target that we’ve been to, we first went to Target in Lewisville and now we’re in Frisco, and as you guys can see, it’s pretty much the exact same thing here. Grocery stores pretty much empty, no formula to be found. I’ve talked to a couple moms who were telling me that people have spent upwards of $150 on formula on Amazon. Some moms can’t even find the formula that their baby requires. One mother telling me her child is constipated, needed a specific type of formula, couldn’t find it. So, that’s what’s going on.

So that’s real. You may not like Savanah Hernandez’s politics, but she’s got a video camera inside Target and they don’t have any baby formula. So, babies need to eat, but they can’t. Is that a big problem? Yes, it’s a big problem. How big? We have a lot of problems right now. Ask yourself, is this a bigger problem than, say, using the wrong pronoun or Trump voters peacefully trespassing in a public building? It seems like a bigger problem than that.

A sign telling consumers of limits on the purchase of baby formula hangs on the edge of an empty shelf for the product in a King Soopers grocery store, Wednesday, May 11, 2022, in southeast Denver.
(AP Photo/David Zalubowski)

You would think the Biden administration would do something about it, and they certainly could if they wanted to. They can do anything. These are the people who claim to have the power to control global weather systems, the power to bend human biology to their will, so nothing is beyond the scope of their powers. And yet, in this particular case, Joe Biden is in no hurry to fix the problem. In fact, he joked about it today. Watch.

PRESIDENT BIDEN: If we’d been better mind readers, I guess we could have, but we moved as quickly as the problem became apparent to us.

“Well, if we’d been better mind readers.” Get it? It’s hilarious because actually nobody can read minds. Joe Biden is being sarcastic like your 14-year-old daughter. “Laugh, Dad, it’s not my fault.”

Okay, so Joe Biden does not read minds, but the question is, does anyone in the White House read newspapers or watch television news? Supplies of baby formula were down at least 20% as far back as January. That was not hidden knowledge. It was public knowledge. It was out there if you were looking.

Here’s one representative headline from the FOX affiliate in West Virginia, WVNS, back in February, “What the baby formula shortage means for parents.” There you have it. Americans were worried about not having enough baby formula. There was a shortage in February,. But the White House wasn’t concerned and they knew. We know that for certain because Brian Deese, who is the director of the White House Economic Council, just admitted that he knew on CNN, “We were aware…back in February and… we have had a team on this from the FDA and interagency process since then.”

Okay, so Joe Biden has been on this problem since February. Why is it still a problem? Why is it still impossible to buy baby formula in stores in San Antonio tonight? Well, the White House has an answer for that, too, and the answer is: greedy mothers. They’re the problem. Like Kulaks hiding grain, counterrevolutionary moms in this country are undermining America’s baby formula supply. They’re “hoarding baby formula.” Watch Joe Biden’s flack explain.

QUESTION: But if you are a parent who’s looking for a formula right now, struggling to find what you need, do you have even a rough guess of how long these shortages are going to last? What should parents be bracing for here?

Oh, now we’re down to Zimbabwean economics. We don’t have enough to eat because greedy people are hoarding it. It’s your fault, America’s moms, you and your piggish little babies, always thoughtlessly eating, eating, eating, eating. Show some patriotic restraint and stop buying so much food for your kids, you greedy wreckers.

That’s the White House position on the baby formula shortage. In fact, and it’s possible this will not surprise you, the reality is just the opposite of what you heard.

America’s moms are not hoarding baby formula because they’re greedy or their fat little babies are eating too much. Sorry, Jen Psaki. The Biden administration is hoarding baby formula. The administration’s WIC program, formerly known as Special Supplemental Nutrition Program for Women, Infants and Children, is by far the largest purchaser of baby formula in the United States. That is true no matter what they’re telling you from the podium at the White House.

The problem right now is that the Abbott Nutrition Company has made the baby formula for the vast majority of WIC contracts. The government had all its eggs virtually in Abbott’s basket. Unfortunately, Abbott just closed its plant in Sturgis, Michigan because of contamination, and that means that millions of people who used WIC to buy Abbott products are forced to buy competing formulas and they’re doing it all at once.

So, a government monopoly, overseen by Joe Biden, caused this baby formula crisis. What’s the government doing to fix it? Well, here’s what they’re not doing. They’re not invoking the Defense Production Act to manufacture more baby formula. Of course not, that’s for Ukrainians only. Shut up, American moms.

Instead, the Biden administration is doing the opposite, which is to say doing the unimaginable. They’re shipping scarce baby formula to the southern border to benefit illegal aliens who have no right to be here in the first place. Now, we know this because of a Florida congresswoman called Kat Cammack. Here’s the video.

REP. KAT CAMMACK: This got sent to me by a Border Patrol agent this morning and said, this is disgusting, you will not believe this. They’re receiving pallets and more pallets of baby formula at the border. This was taken at Ursula Processing Facility where thousands are being housed and processed and then released subsequently into the United States. So, think about this. This is what “America Last” looks like.

That’s real, by the way. The administration does not deny that it’s real. Congresswoman Cammack also uploaded these two pictures onto Twitter. The one on the left is from the Ursula Processing Center at the border, “shelves and pallets packed with baby formula,” the congresswoman wrote. The second is from an empty shelf here in the United States, reserved for American citizens.

There’s never been a clearer statement of the administration’s priorities. “Hey, American mothers, your kids are too expensive. Go have an abortion and get back to work at an Amazon warehouse.” Congresswoman Katie Porter of California said that out loud this week. You’re poor? Have an abortion. Get back to work. Other Democrats said the same. “Try breastfeeding!” wrote 76-year-old Bette Midler today on Twitter, “It’s free and available on–demand.”

Baby formula is displayed on the shelves of a grocery store with a sign limiting purchases in Indianapolis, Tuesday, May 10, 2022.
(AP Photo/Michael Conroy)

It’s been a while since she’s done that, but that’s her position. So here you have an elderly, out-of-touch rich, liberal lady lecturing struggling American moms to shut up and suffer in silence and, by the way, make your baby shut up, too. Now, if you can think of a more perfect distillation of modern politics of the left circa 2022 than that, send us an email and let us know what it is because we’ve never seen anything that perfect.

And yet, here’s the interesting part. That’s not at all the message that the Bette Midler’s of the world are sending to the millions of illegal aliens who are flooding into our country. The message to them is just the opposite. “Come, we welcome you. We will subsidize your childbearing, whatever it takes. Even if we have to take baby formula for American citizens, we will help you.” That’s literally what they’re saying and more to the point, that’s what they’re doing.

How do you get the Biden administration to pay attention to American citizens, to you? Let’s say you need baby formula and you can’t get it. Joe Biden doesn’t care. Bette Midler’s mocking you, “Go breastfeed. It’s free.” How do you get them to awaken to the fact that you exist, that American children are suffering? Well, it turns out there is a way to do that.

The baby formula shortage, and we looked this up, like every crisis in this country may affect you, but it affects trans people disproportionately because trans people are always (and Joe Biden often says this) the ones who suffer most. As Congresswoman Cori Bush once told us, nothing is more important than protecting birthing people.

Oh. Well, it’s the last line that’s going to get Joe Biden’s attention. So, your kids don’t have enough to eat, they can’t be bothered to help you at all, though they caused this problem. But once Joe Biden finds out that the trans community is suffering, once he sees the faces of that suffering, he will do all he can to help. He’ll airlift those pallets of formula from the border and distribute them to the many American trans mothers who need them. Once he sees these faces, and here they are ladies and gentlemen, straight from your Calvin Klein ad, pregnant men.