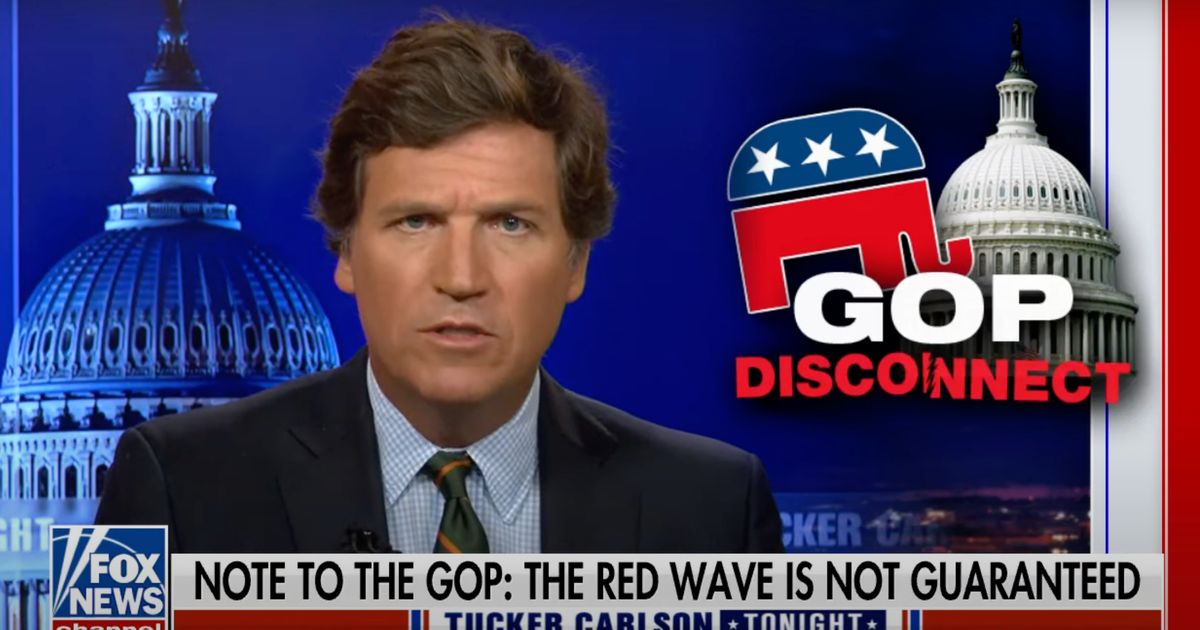 Tucker Carlson implied Thursday that Republicans should be using the “great replacement” conspiracy theory as a central campaign message for the upcoming midterm elections.

The Fox News host criticized Republican candidates for focusing on inflation, rather than immigration and crime. As the chyron “GOP candidates should be focused on three issues” appeared on screen, the Fox News host acknowledged that inflation is a problem, “but changing the population of the United States, allowing people to be murdered in the street, letting drug addicts live on the sidewalk and sending them crack pipes? That will change everything forever.”

Carlson was describing some of the tenets of the white supremacist theory he brings up regularly on his show. It holds that Democrats are trying to change the demographics of the country by intentionally replacing white Christians with immigrants, people of color and non-Christians.

He briefly pretended to be unfamiliar with the theory earlier this year after it was referenced by a gunman who killed 10 Black people at a Buffalo, New York supermarket. But just two months later, Carlson was back to embracing it, telling viewers: “The great replacement? Yeah, it’s not a conspiracy theory. It’s [Democrats’] electoral strategy.”

Before that, Carlson had spent years promoting the idea. A New York Times investigation found he had promoted it in more than 400 episodes of his primetime program since 2016.

It all ties into his scaremongering us-versus-them narrative, convincing viewers that Democrats and other unnamed left-wing forces want to control and destroy conservatives’ way of life by “replacing” them with immigrants.