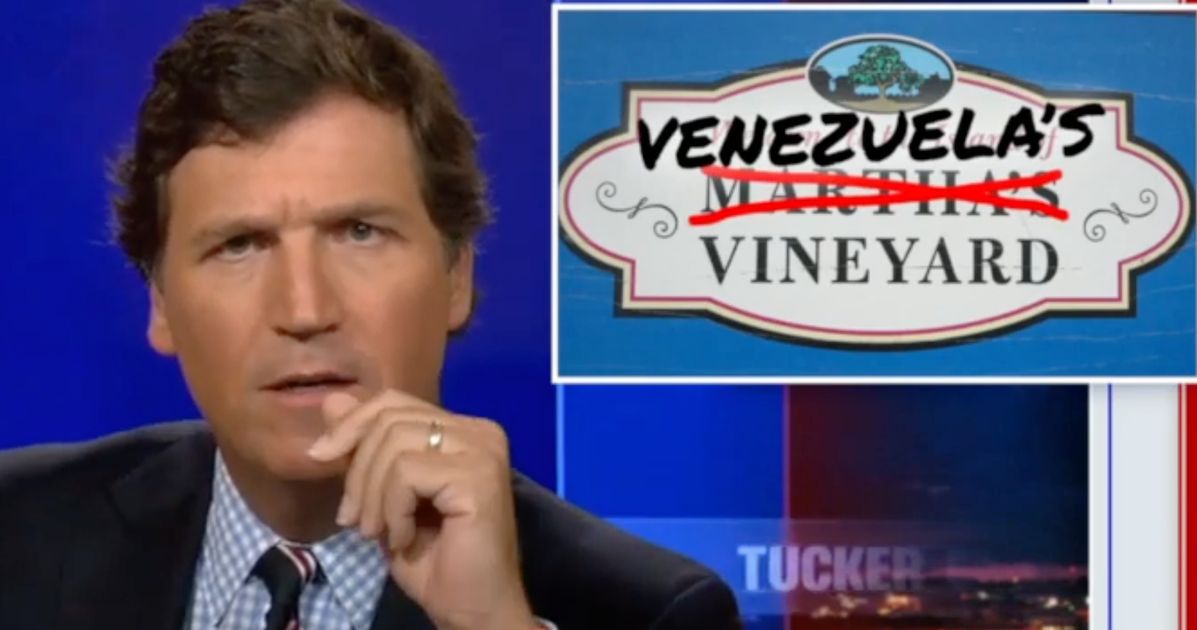 DeSantis’ migrant relocation effort was part of a tactic by Republican governors to draw attention to what they claim are the White House’s failed immigration policies, The Associated Press reported. But as the chyron on Carlson’s program noted: “We’d hate to see Martha’s Vineyard destroyed.”

“The Vineyard is going to need to construct shantytowns for all these new people,” Carlson said. “But we can’t call them ‘shantytowns,’ obviously that’s demeaning. So we’re going to call them ‘townships’ after Obama’s favorite country, and then we’re going to give them dignified names that suggests some kind of victory over adversity. Mandela, Cesar Chavezville, Kamalapolis.”

Carlson also joked that the migrants should stay at the Martha’s Vineyard property owned by Barack and Michelle Obama so they could have a “goat barbecue.”

The planes reportedly contained roughly 50 migrants from Venezuela and Colombia. Massachusetts lawmakers said officials “jumped into action” to provide short-term shelter along with support on the island.