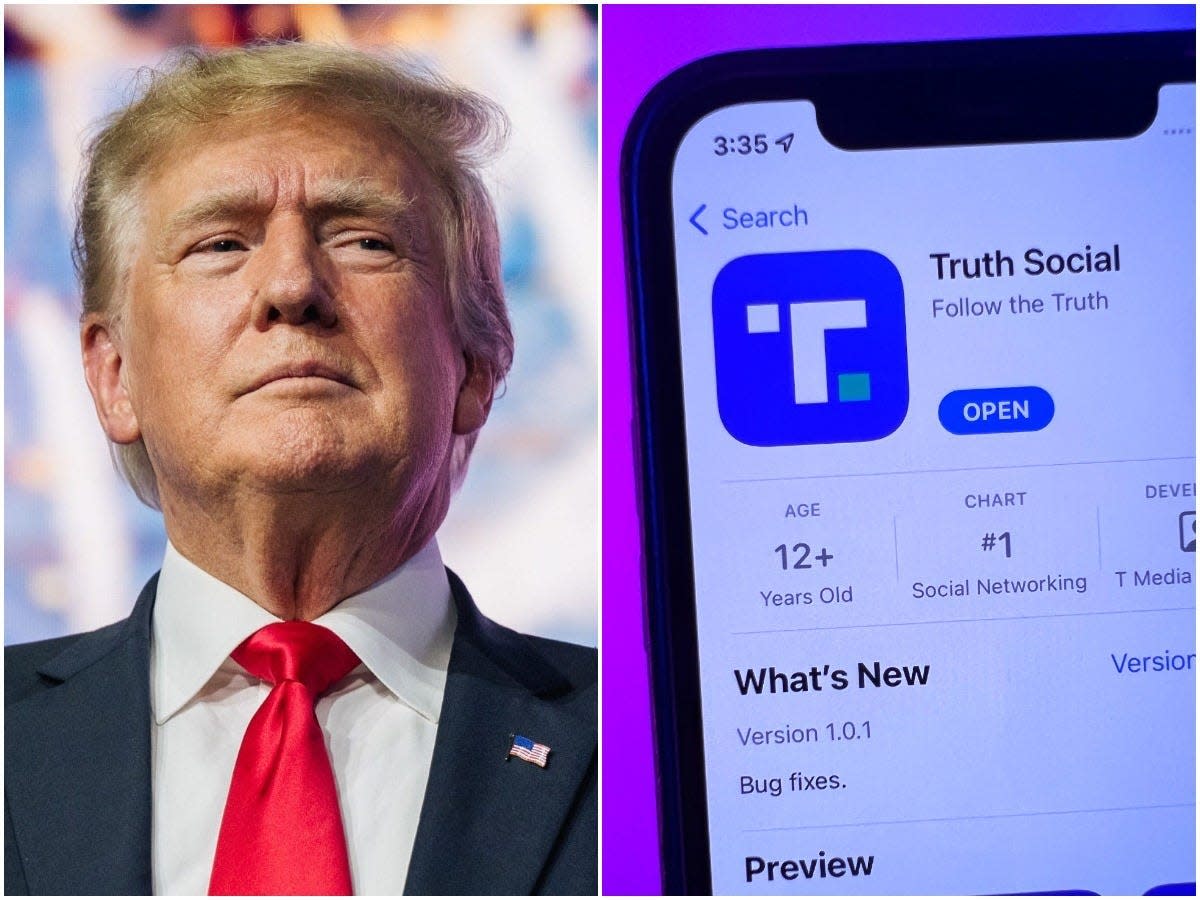 The future of the former president’s 10-month-old social media platform, Truth Social, is on uncertain ground as the app faces huge financial losses and is accused of shorting its vendors amid Donald Trump’s continued legal controversies.

A planned merger between the Trump Media & Technology Group (TMTG), the business that created the Truth Social platform, and the special purpose acquisition company (SPAC) Digital World Acquisition Corp, has been postponed indefinitely as the Securities and Exchange Commission investigates the platform’s business dealings.

SPACs like Digital World are companies formed either to raise funds through an initial public offering or for the purpose of merging with an existing company. SPACs have no other commercial operations. In an SEC filing earlier this month, Digital World said it had “neither engaged in any operations nor generated any revenues to date” as its sole purpose was to prepare to take Truth Social public.

In another filing, Digital World sought shareholder approval to delay the merger, set to take place Sept. 8, until next year, citing concerns over the former president’s reputation potentially impacting business.

“If President Trump becomes less popular or there are further controversies that damage his credibility or the desire of people to use a platform associated with him, and from which he will derive financial benefit, TMTG’s results of operations, as well as the outcome of the proposed Business combination, could be adversely affected,” the filing read.

Digital World’s stock has plunged more than 75 percent since its peak in March — from a high of $97.54 a share to $27.52 each — and in a recent SEC filing the company reported it lost $6.5 million in the first half of the year.

This week, Truth Social was dealt another blow as its trademark application was denied on Thursday for being too similar to another social app called “Vero — True Social.”

Further illuminating the social platform’s financial woes, Fox Business News reported on Thursday that Truth Social is locked in a bitter battle with its vendor, RightForge, and is accused of stiffing the hosting service out of $1.6 million in contractually obligated payments.

Three people with direct knowledge of the matter told Fox Business News that Truth Social made just three payments to RightForge for its web hosting services and stopped making payments in March.

Other Trump businesses have faced similar payment battles before, including contractors who claim they were left unpaid for more than $2.98 million after repairs at the Trump International Hotel and a small business owner who said Trump stiffed him $100,000 worth of pianos. Unpaid bills at the Taj Mahal Casino Resort amounted $90 million, while three liens were placed against Trump’s DC hotel after $5 million in contractors fees were left unpaid.

Representatives for Trump, TMTG, Truth Social and RightForge did not immediately respond to Insider’s requests for comment.