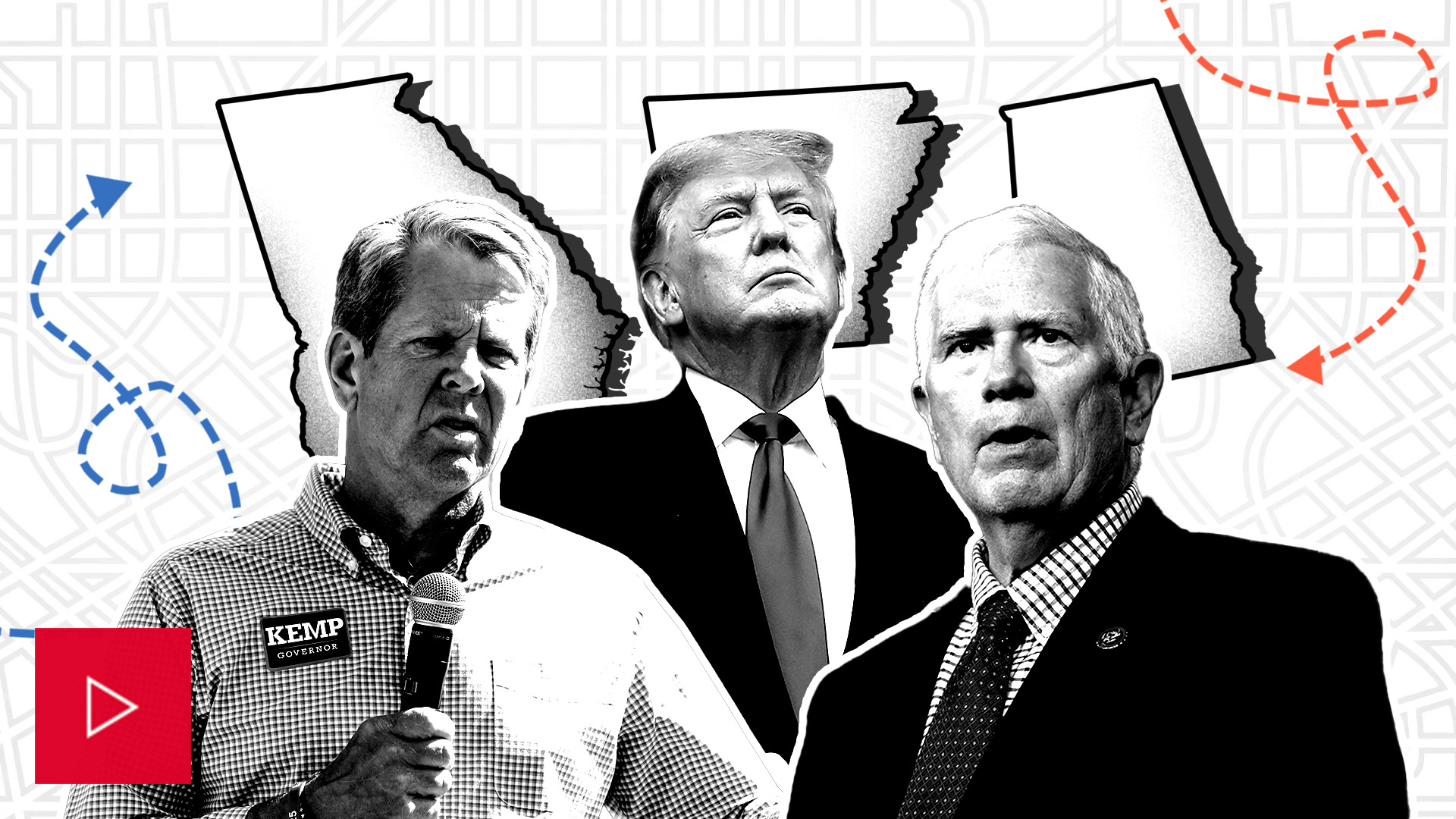 Next Tuesday’s primaries take the midterms into the Deep South, including the much-anticipated showdown between Georgia Gov. Brian Kemp and Trump-backed challenger David Perdue.

In the latest episode of “Inside the Forecast,” Steve Shepard explains why — despite incurring the former president’s enmity after the 2020 election — Kemp is heavily favored to beat Perdue, the former senator, in the polls, setting up a “Toss-Up” rematch against Democrat Stacey Abrams. Meanwhile, Tuesday’s Georgia primary is likely to solidify another clash of two titans this fall: Democratic Sen. Raphael Warnock and Republican Herschel Walker.

Meanwhile, in neighboring Alabama, three GOP candidates are battling it out for two spots in next month’s likely Senate primary runoff, with the eventual victor all-but-certain to succeed retiring Sen. Richard Shelby. One of those candidates, Rep. Mo Brooks, was initially endorsed by Trump — only to see his backing rescinded amid a slide in the polls.