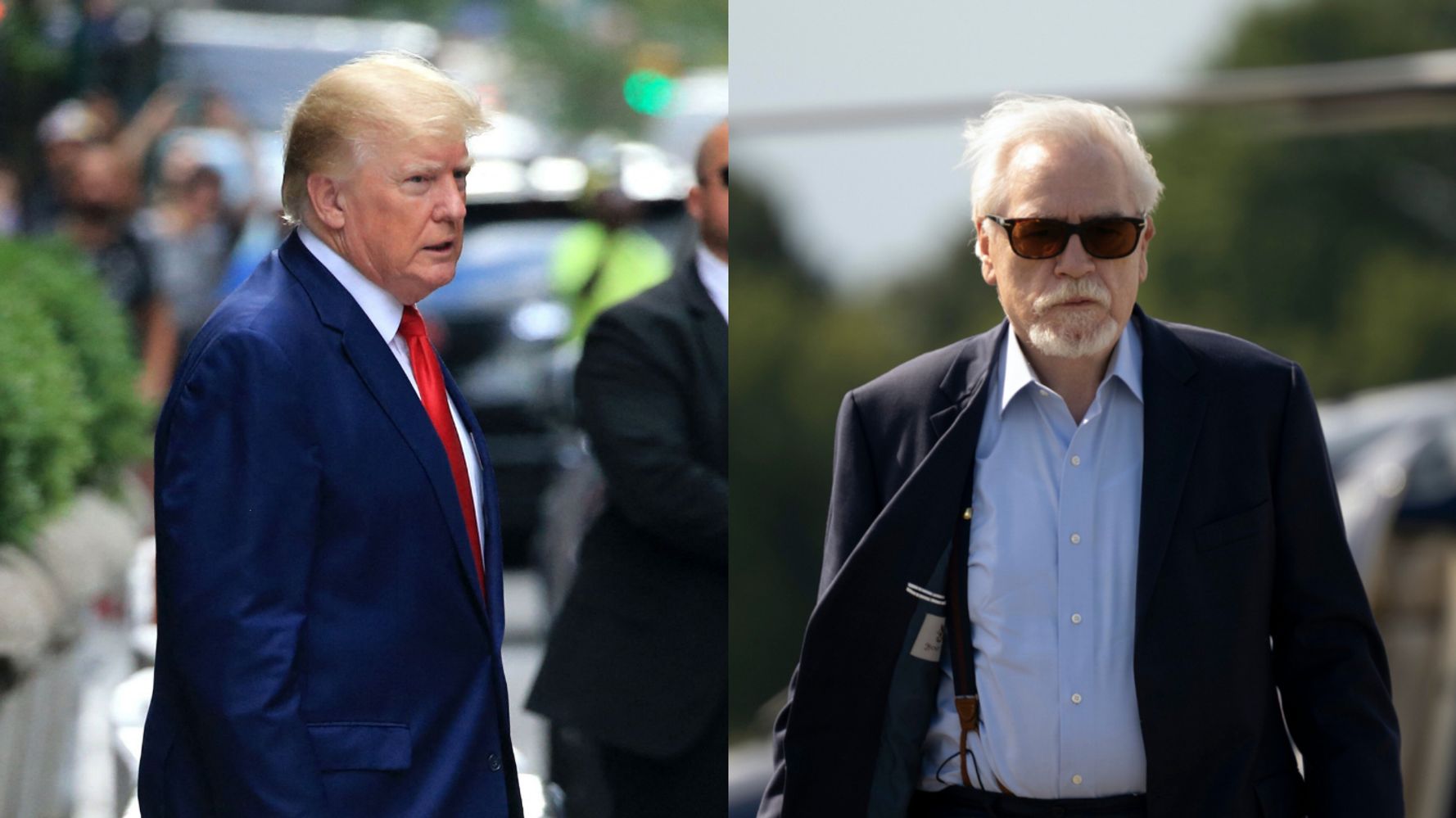 In a statement, Trump, who is the subject of multiple federal and state investigations, said he invoked the Fifth Amendment and refused to answer any questions under oath. His motorcade was seen entering and leaving James’ office in New York City.

Several articles and social media posts soon pointed out a deliciously fitting connection between the morning’s events and the celebrated HBO drama “Succession.”

The office of the New York state attorney general is at 28 Liberty St. in lower Manhattan — coincidentally, the same building where “Succession” films exterior shots of the headquarters of Waystar Royco, the fictional media conglomerate owned by the show’s patriarch Logan Roy (Brian Cox).

Currently filming its fourth season in New York City, the show centers on the power struggle between Logan and his adult children over control of the company, which is equal parts brutally devastating and uproariously funny.

The experience of the show (and the enthusiasm around it) has often involved its Mobius-strip-like cycle of life imitating art imitating life. While the show’s initial premise has its most direct parallel in Rupert Murdoch and his right-wing media empire, creator and showrunner Jesse Armstrong said the Roy family was inspired by many business and political dynasties, and the writers try not to directly mirror real life.

However, like with any piece of trenchant pop culture, it’s impossible to separate the show from the larger context in which it was made. Throughout the show’s run, which began in 2018 during the Trump presidency, it has been hard not to view it through an eerie Trumpian lens. There are the ways the traits of the Roy siblings mirror those of Trump’s adult children, to the show’s commentary on the corrosive power of the ultra-wealthy and the symbiotic relationship between right-wing media and right-wing politics, among many other parallels. It’s also fodder for endless memes — yet another source of meta-commentary because the show also contains storylines about social media and internet culture.

When news broke Monday night that the FBI raided Trump’s Mar-a-Lago estate earlier that day, as part of a different federal investigation into whether Trump took classified records when he left the White House, it was hard not to be reminded of another recent FBI raid — albeit, a fictional one.

In Season 3 of “Succession” last fall, the FBI raided the offices of Waystar Royco, which was under federal investigation for potentially covering up allegations of sexual assault in one of the company’s divisions, among other company scandals. The company and key members of the family were also the subjects of congressional hearings in Season 2. Logan tries to obstruct the investigation, which may sound familiar. Waystar Royco’s stalwart general counsel Gerri (J. Smith-Cameron) forced Logan to cooperate (a departure from the Trumpian parallels, at least for now). But so far, like his real-life counterpart, Logan has yet to receive his comeuppance.

During the Trump presidency, a common social media refrain was to grimly joke that there was “a Trump tweet for everything.” Increasingly, there has also been a “Succession” scene for everything — and the connection on Wednesday brought all of that full circle.