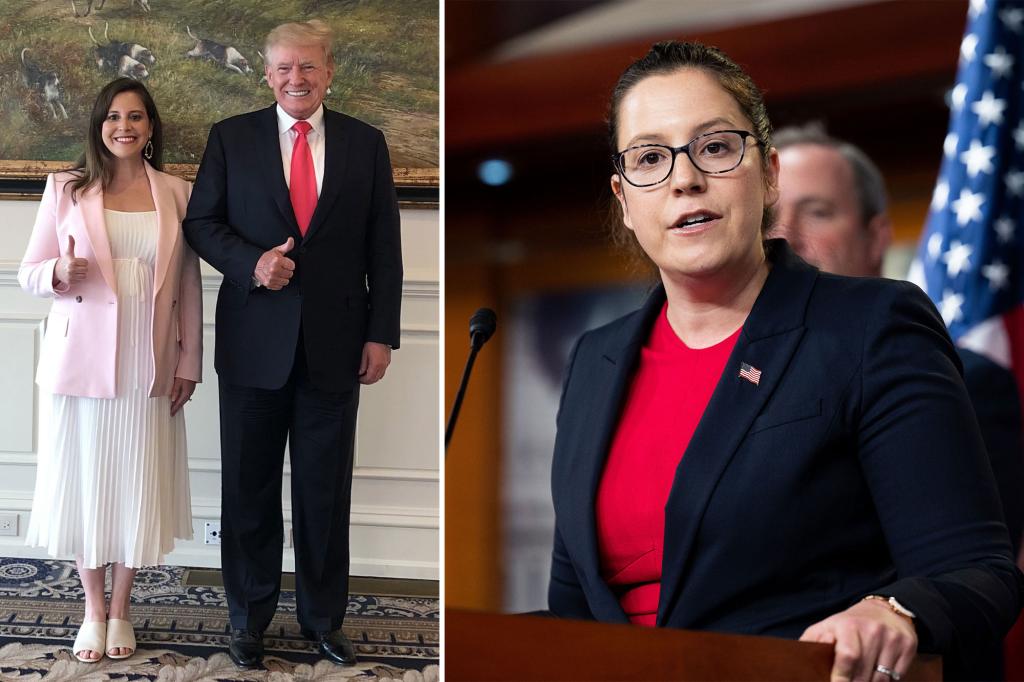 It’s the fourth campaign event the ex-commander-in-chief has headlined for Stefanik, who he has previously dubbed a “rising star” of the Republican Party — and someone he’d eventually like to see in the White House.

The June 6 fundraiser will be held at Trump National Golf Club in Briarcliff Manor, New York.

Donors must fork over $25,000 for a roundtable discussion and photograph with Trump and Stefanik, while standard tickets are $1,000 a head, according to details reviewed by The Post.

“I am so proud to join my very good friend, President Trump back to New York to raise millions of dollars to support strong America First candidates who are going fire Nancy Pelosi once and for all this November and save America,” Stefanik said in a statement provided to The Post.

“I look forward to a special evening with many supporters from Across New York. The energy of New York Republicans is through the roof.”

Stefanik — the third most powerful Republican in the U.S. House of Representatives — would be New York’s top GOP member should the party win the majority during the November elections.

“President Trump is proud to host House GOP Conference Chairwoman Elise Stefanik at Trump National Golf Club Westchester to help flip the House in 2022 and Save America. Elise is a well-known fighter for her district and knows how to communicate our America First message on offense and win,” Trump communications director Taylor Budowich said.