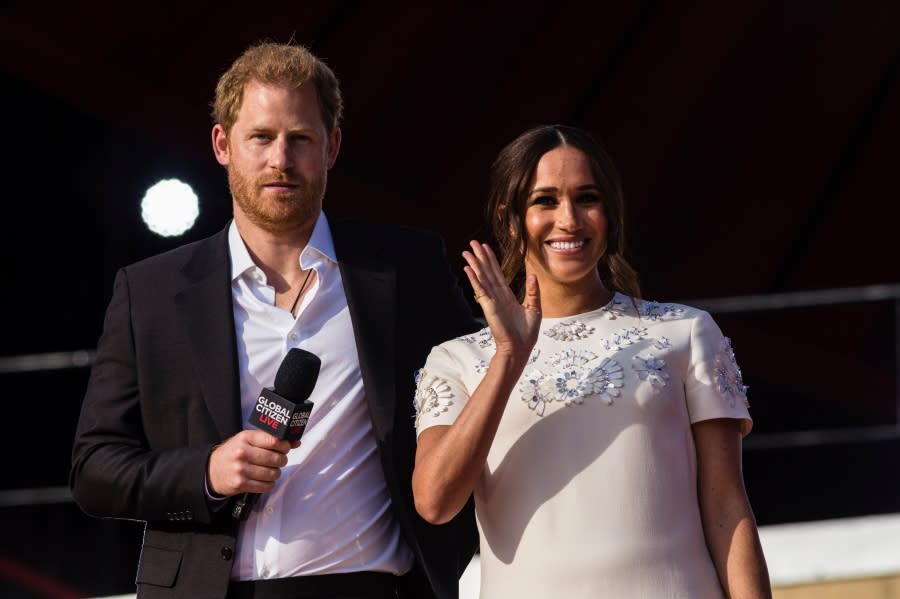 In an interview with Piers Morgan that will be aired on Monday, Former President Trump said Prince Harry is “whipped” by his wife, Meghan, and said the couple’s royal titles should be stripped.

Trump sat down with the British host for his new show “Piers Morgan Uncensored,” which will air on Monday at 8 p.m. on Talk TV. The Sun released a clip of Trump’s comments on the royals.

During the interview, Trump said he was “not a fan” of Meghan, the Duchess of Sussex. He also scorned Harry for “being led around by his nose,” saying the prince was “whipped” and an “embarrassment.”

“Harry is whipped like no person I think I’ve ever seen,” the former president said.

When Morgan asked if he would strip their royal titles if he were the Queen of England, Trump replied that he would.

“The only thing I disagree with the Queen on, probably one of the only things ever, is that I think she should have said, ‘If that’s your choice, fine. But you no longer have titles, you know, and frankly, don’t come around,’” Trump said.

“She said that many times. Her loyalty is to the country. And I think that he has been so disrespectful to the country, and it’s a great country,” Trump added of the Queen and her grandson.

Morgan’s interview with Trump made headlines last week when Morgan tweeted a promo appearing to show the former president storming off the show amid tough questioning. Trump later said Morgan went “out of his way” to deceptively edit the video.

In an interview with Oprah last year, the couple detailed their personal struggles with the Royal Family, including comments on their son Archie’s skin color.

Morgan was fired from the talk show “Good Morning Britain” after controversial comments in which he said cast doubt on the couple’s claims.

Prince Harry and Meghan were both criticized and applauded for after they split from royal duties and moved to live in California.