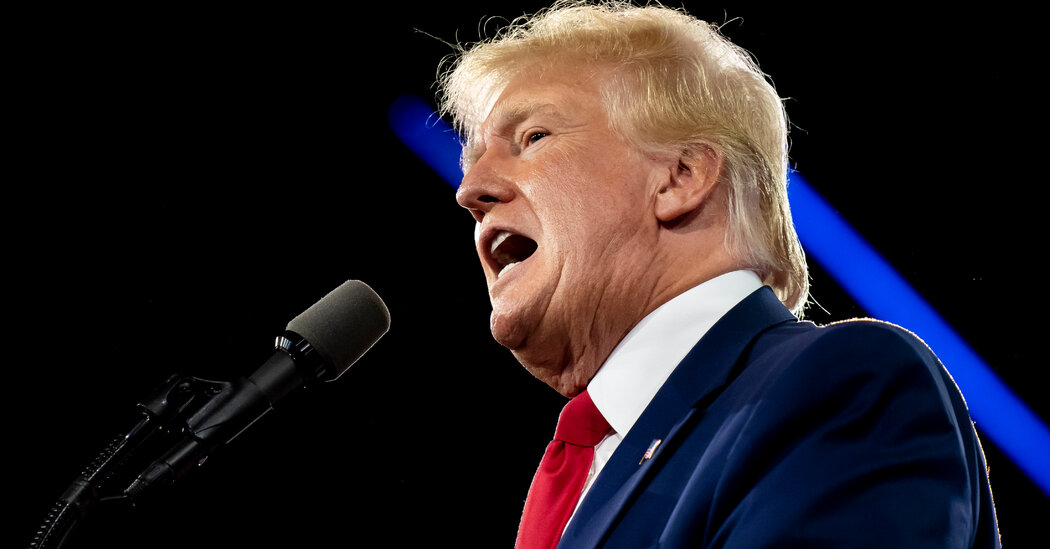 Former President Donald J. Trump said on Monday that the F.B.I. had searched his Palm Beach, Fla., home and had broken open a safe — an account that, if accurate, would be a dramatic escalation in the various investigations into the former president.

The search, according to two people familiar with the investigation, appeared to be focused on material that Mr. Trump had brought with him to Mar-a-Lago, his private club and residence, after he left the White House. Those boxes contained many pages of classified documents, according to a person familiar with their contents.

Mr. Trump delayed returning 15 boxes of material requested by officials with the National Archives for many months, only doing so when there became a threat of action being taken to retrieve them.

Mr. Trump was known throughout his term to rip up official material that was intended to be held for government archives.

“After working and cooperating with the relevant Government agencies, this unannounced raid on my home was not necessary or appropriate,” Mr. Trump said, maintaining it was an effort to stop him from running for president in 2024. “Such an assault could only take place in broken, Third-World Countries.”

“They even broke into my safe!” he wrote. “What is the difference between this and Watergate, where operatives broke into the Democrat National Committee? Here, in reverse, Democrats broke into the home of the 45th President of the United States.”

Mr. Trump did not share any details about what the F.B.I. agents said they were searching for. But he depicted himself as a victim of shadowy forces seeking to damage him.

The search took place on Monday morning, a person familiar with it said, although Mr. Trump claimed agents were still there many hours later.

The search was at least in part for whether any records remained at the club, the person familiar with the search said.

The reported search came at a time when the Justice Department has also been stepping up questioning of former Trump aides who had been witnesses to discussion and planning in the White House of Mr. Trump’s efforts to remain in office after his loss in the 2020 election.

Mr. Trump has been the focus of questions asked by federal prosecutors in connection with a scheme to send “fake” electors to Congress for the certification of the Electoral College.

“These are dark times for our Nation, as my beautiful home, Mar-a-Lago in Palm Beach, Florida, is currently under siege, raided, and occupied by a large group of FBI agents,” Mr. Trump said in the statement. “Nothing like this has ever happened to a President of the United States before,” Mr. Trump said.