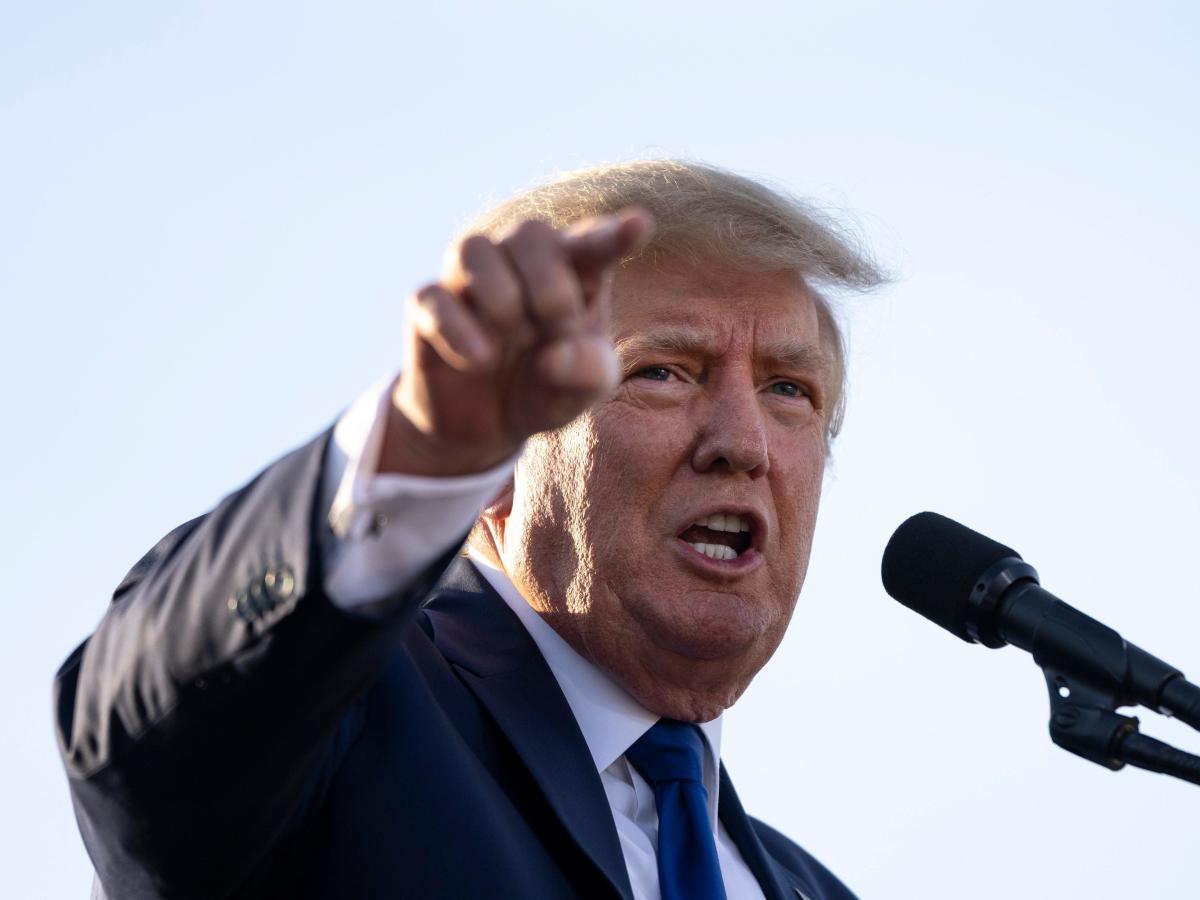 After a rant on federal water flow restrictions for showerheads, former President Donald Trump decided to take a dig at President Joe Biden during his Saturday rally in Ohio.

“We’ve never had anything like this and we have a president right now sadly, who has absolutely no idea what the hell is happening,” Trump said.

“Our country’s going to hell,” Trump said. “He’s shaking hands with the air. He’s walking around somewhat bewildered — I’d say it’s no good — and taking orders from the Easter Bunny.”

Trump was apparently referencing a few of Biden’s recent viral moments, including one in which a person in an Easter Bunny costume seemed to direct him as he greeted supporters.

He also referenced a video where Biden sticks his open hand forward after a speech. Some said it appeared he was trying to shake hands with the air.

Fact-checkers have since said Biden was actually gesturing to a crowd.

Trump urged voters to vote Republican lest they want to keep America in a “death spiral of crime” and said America was being run by a “deranged group of extremists” while criticizing Biden’s energy policies. “We walk on liquid gold, and they want us to buy from Venezuela,” Trump said.

Representatives for Biden and Trump did not immediately respond to Insider’s request for comment.