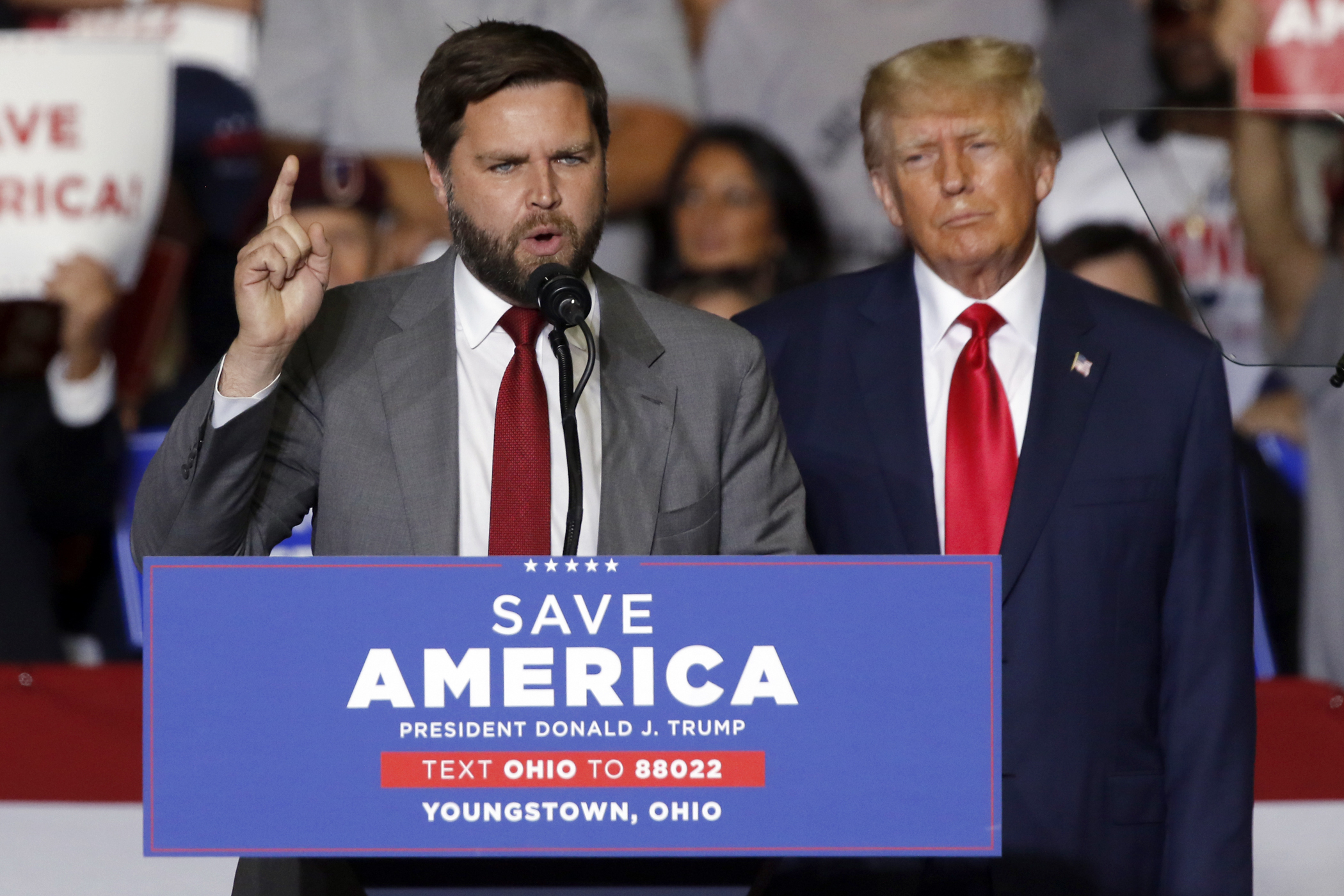 Speaking for nearly 2 hours in Youngstown’s Covelli Centre, Trump was in turns bombastic and measured in his delivery, targeting transgender students in sports and calling for the death penalty for drug dealers and human traffickers while contrasting his vision of America with Democrats’ on immigration, crime and abortion.

Trump also talked at length about the ongoing investigations into his own conduct since leaving office, notably the seizure of classified documents from his Mar-a-Lago residence. Referencing the “Washington swamp,” and “the unprecedented weaponization of the Justice Department,” he said, “The people behind these savage witch hunts have no shame or morals, no conscience, and absolutely no respect for the citizens of our country.” He further referred to an “unhinged persecution of me and my staff” that he called “political repression.”

“I hope you’re going to do something about it, J.D.,” Trump repeatedly said throughout the rally.

Vance is “going to clinch the Senate for Republicans,” Trump said, despite recent polls suggesting the Senate could be slipping from the GOP’s grasp and with the party at a significant cash disadvantage to the Democrats.

In a brief speech after being invited to the podium by Trump, Vance assailed Ryan while urging a return to the policies from the former president’s administration he said “made Ohio free and prosperous and secure.”

Trump recently stumped in Pennsylvania for Oz, seeking to convince his MAGA supporters the celebrity TV doctor is one of them.

But in Youngstown, Trump often seemed much more focused on his own electoral fortunes than Vance’s, repeatedly teasing the possibility of his own run. “Stay tuned, everybody. Stay tuned,” he implored the eager crowd.