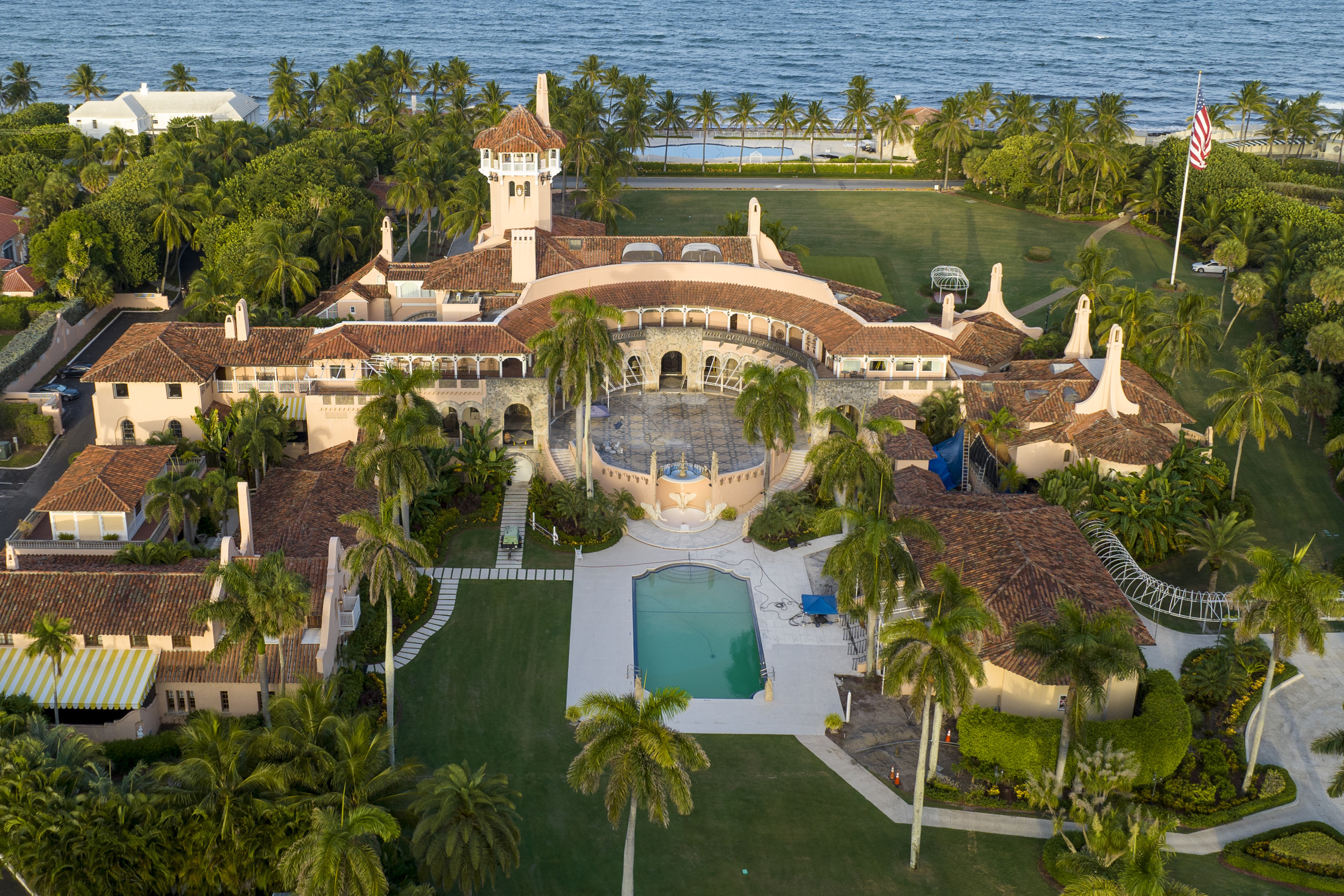 Instead, Trump lawyers suggest in the filing that the search may have been improper or even illegal because of indications that investigators were concerned that records covered by the Presidential Records Act were at his Palm Beach home.

“This provides the deeply troubling prospect that President Trump’s home was raided under a pretense of a suspicion that Presidential records were on his property – even though the Presidential Records Act is not a criminally-enforceable statute,” Trump’s filing said.

Trump’s lawyers favorably cited a D.C. appeals court’s 1991 ruling in a dispute over electronic messages exchanged during the end of President Ronald Reagan’s second term, which held that while a sitting president has “virtually complete control” over his records, he must notify the Archivist before disposing of records. The ruling notes that “neither the Archivist nor the Congress has the authority to veto the President’s disposal decision.”

But there are complications with the Trump team’s argument. The 1991 ruling did not discuss criminal enforcement of the Presidential Records Act or address the actions of former presidents. Moreover, that law was not cited as one of the criminal statutes used to justify the Mar-a-Lago search warrant. The three-decade-old D.C. Circuit Court of Appeals decision also offered no view on whether retaining White House records without authority might violate one of the laws the FBI and prosecutors did cite as the basis for the warrant: a broad prohibition on stealing, misusing or concealing government records.

In addition to that law, investigators cited two other potential crimes at issue: willful retention of national defense information and obstruction of justice

The late-night Friday filing was a coda to a frantic week for the former president’s legal team, which found itself struggling with basic administrative requirements and facing pointed questions from a Fort Pierce, Fla.-based federal judge, Aileen Cannon, about what precisely they were asking her to do.

Among the questions Cannon has asked Trump’s lawyers is whether her court even has the jurisdiction to consider his demands. Trump’s team argued that she did, focusing narrowly on the authority of district court judges to appoint special masters. Left unaddressed is a provision of the Presidential Records Act requiring any legal disputes by a former president under that statute to be filed in the federal district court in Washington D.C.

Trump’s renewed bid reiterates his call for the appointment of a special master and also asks for an immediate halt to the Justice Department’s review of the materials seized from his home. That review has been led by a DOJ “filter team,” which is looking for attorney-client privileged materials, according to court filings.

Trump and his allies have suggested that some of the seized materials are covered by executive privilege or attorney client privilege. But the new filing Friday doesn’t say how the records are privileged. Some legal experts have questioned the notion of executive privilege applying in this context, since the Presidential Records Act requires many such records to be turned over to the National Archives at the conclusion of a presidency.

And Trump, in the filing, also referred back to the government’s acknowledgment that it had initially seized three of his passports, returning them upon the discovery. His attorneys claimed that “the Government’s continued custody of similar materials is both unnecessary and likely to cause significant harm.” But they offered no evidence to support the claim, declining to specify items they believed the government had improperly taken.

The Friday-night filing was submitted by Lindsey Halligan, a Fort Lauderdale-based attorney serving as local counsel for Trump, as well as Washington based James Trusty and Baltimore-based Evan Corcoran.