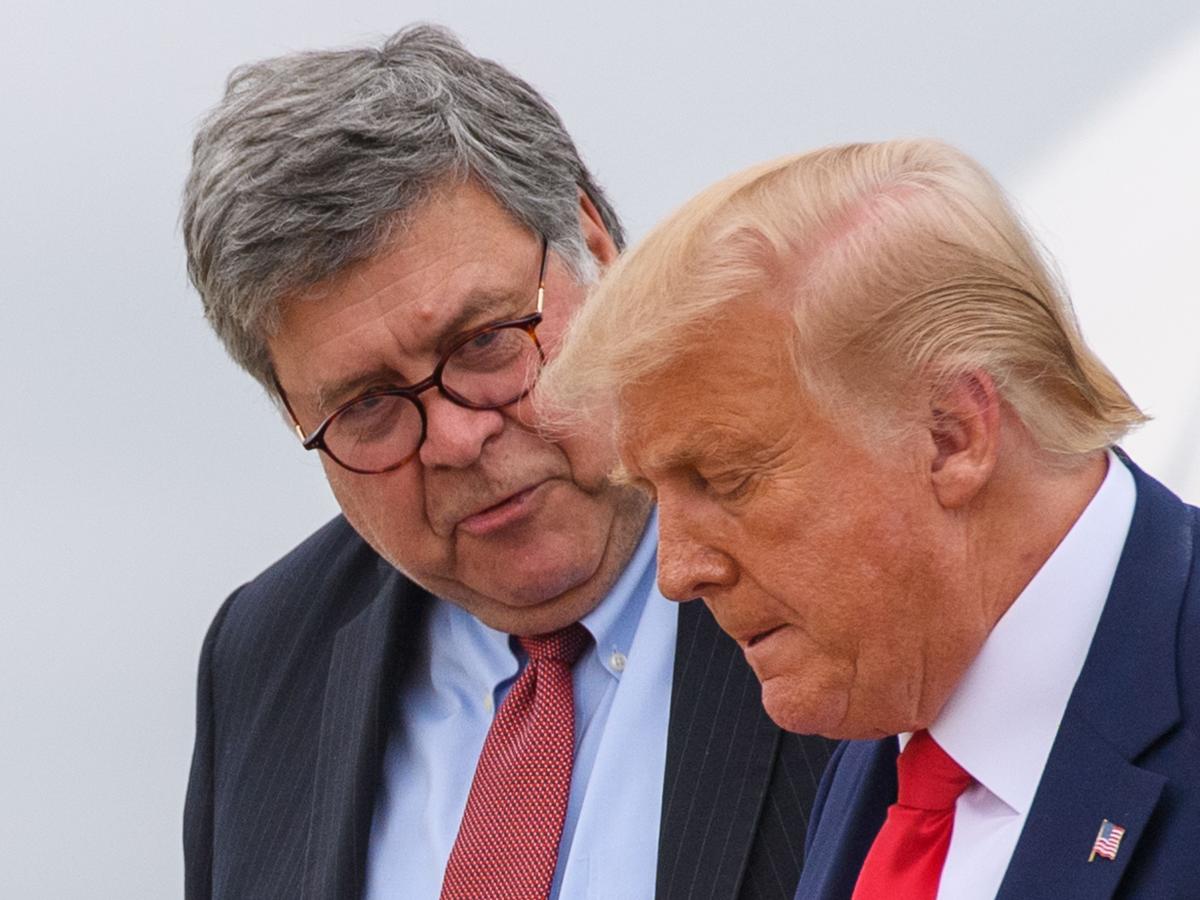 Former President Donald Trump lashed out at his one-time ally Bill Barr on Friday after the former attorney general defended the Justice Department’s raid on Mar-a-Lago.

“Bill Barr had ‘no guts,’ and got ‘no glory.’ He was a weak and pathetic RINO, who was so afraid of being Impeached that he became a captive to the Radical Left Democrats,” Trump wrote in a post on his social media site, Truth Social, referring to Barr as a “Republican In Name Only.”

“Barr never fought the way he should have for Election Integrity, and so much else. He started off OK as A.G., but faded fast – Didn’t have courage or stamina. People like that will never Make America Great Again!” Trump continued.

In a second post, he also criticized Barr’s handling of the Russia probe and the “Laptop from Hell,” presumably a reference to Hunter Biden’s laptop.

Barr was largely considered a staunch ally of Trump while serving as his attorney general from February 2019 to December 2020. Their relationship changed when Barr came forward to say the Justice Department had found no evidence of widespread voter fraud that would have impacted the election results, directly defying Trump’s insistence that the election had been stolen from him. He departed the administration one month before the end of Trump’s term.

In an interview with Fox News on Friday, Barr dismissed arguments that the Justice Department’s decision to raid Mar-a-Lago was an overstep.

“I personally think, for them to have taken things to the current point, they probably have pretty good evidence, but that’s speculation,” Barr said.

He also dismissed Trump’s defense that he had declassified all the documents that were being held at his Florida club and residence.

“I, frankly, am skeptical of this claim that, ‘I declassified everything,’ because, frankly, I think it is highly improbable,” Barr said. “And, second, if in fact he sort of stood over scores of boxes, not really knowing what was in them, and then said, ‘I hereby declassify everything in here’ — that would be such an abuse and such recklessness that it’s almost worse than taking the documents.”

In another interview with The New York Times, Barr also called Trump’s request to have a special master, or a court-appointed outsider, to review the documents a “crock of shit.”

During the Mar-a-Lago raid on August 8, the FBI seized highly classified documents, according to court records. The Justice Department is investigating potential violations of laws pertaining to the handling of government documents.