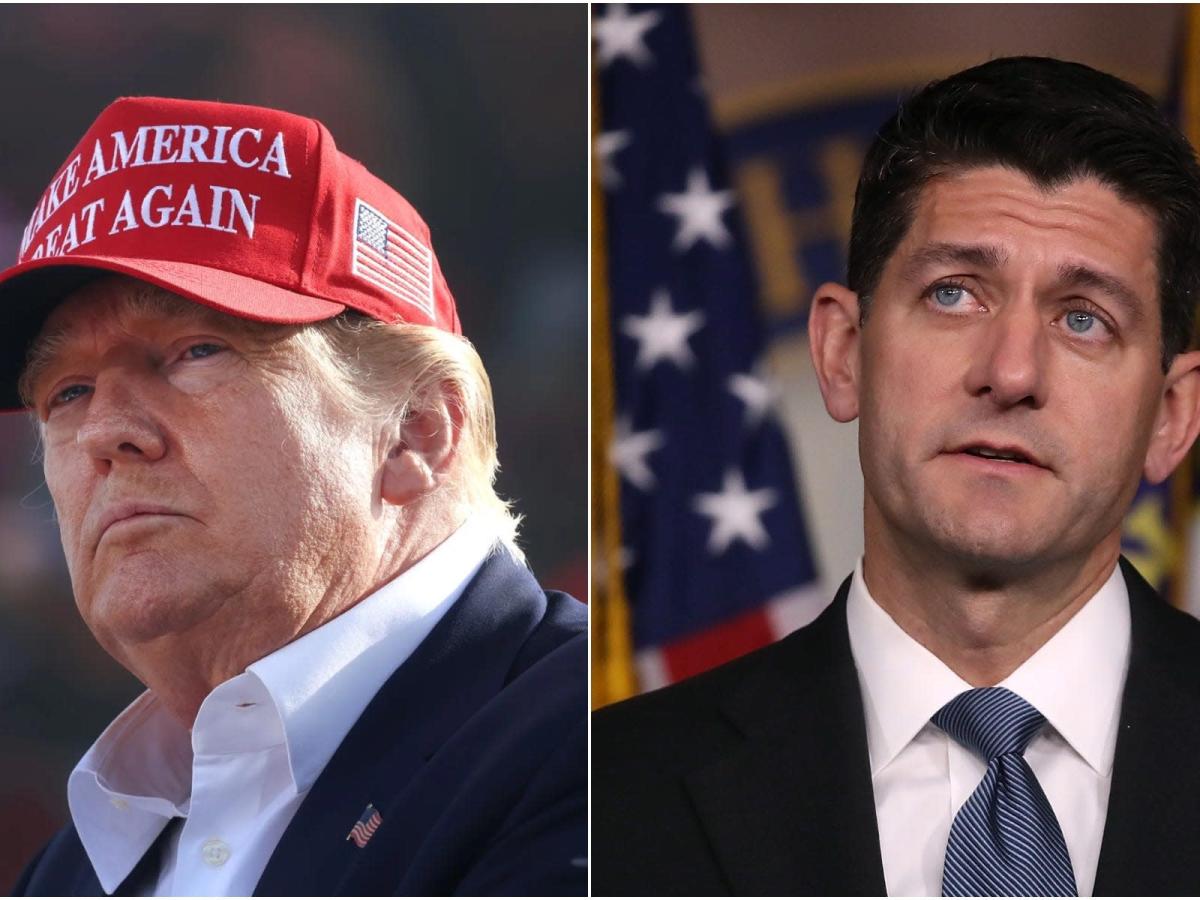 Former President Donald Trump lashed out at former House Speaker Paul Ryan after he said that more House Republicans would have voted to impeach Trump if they’d had the “guts.”

On Saturday, Trump took to his Truth Social platform to call Ryan a “pathetic loser” and a “weak RINO” – Republican in Name Only.

“Did anyone notice that Fox News went lame (bad!) when weak RINO Paul Ryan, who is despised in the Great State of Wisconsin for being ‘a pathetic loser,’ went on the Fox Board,” Trump said.

Ryan, a Wisconsin Republican who served as speaker of the House from 2015 until 2019, joined Fox Corp’s board of directors after he left office.

“That’s why our Country is going to HELL – Elections have consequences. Get Ryan off your Board and report the News as it should be reported. And stop taking negative ads from the perverts, and others!!!”

Trump did not elaborate on which ads or who the perverts were.

The former president and former house speaker have long had a tumultuous relationship. Since he retired from politics, Ryan has been increasingly critical of Trump, rebuking his election fraud claims and urging the GOP to move away from “the populist appeal of one personality.”

On Wednesday, Ryan praised Rep. Tom Rice for voting to impeach Trump while campaigning for the congressman in South Carolina.

“There were a lot of people who wanted to vote like Tom but who just didn’t have the guts to do it,” Ryan said.