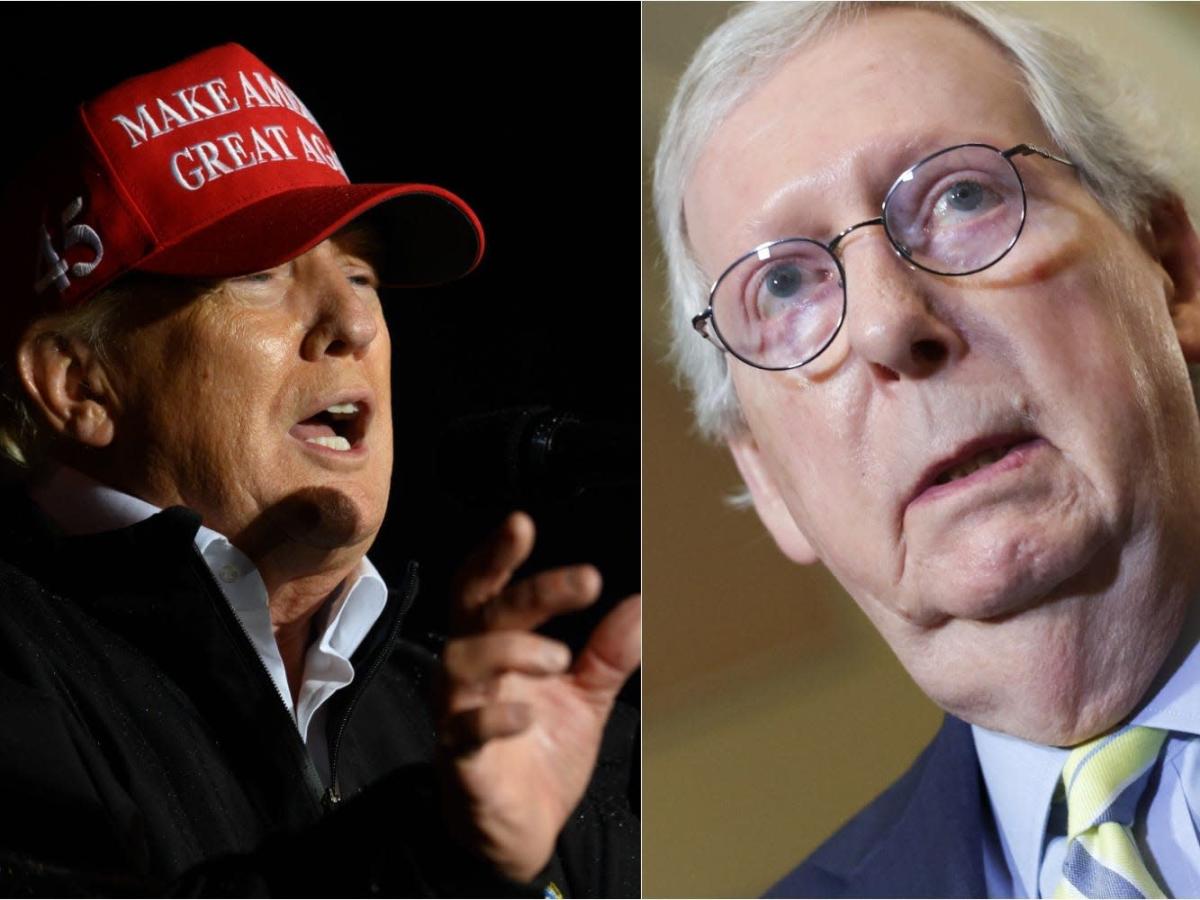 During his speech in Greensburg, part of an event to promote Republican Senate candidates JD Vance and Mehmet Oz, Trump repeatedly called McConnell “an old broken down crow.”

“Mitch McConnell is the least popular politician in the country,” the former president added.

During the speech, the former president restrained himself from calling McConnell, a former ally, something ruder.”I want to be nice, I had that word right there, but I couldn’t though,” Trump said.

He told the crowd that former first lady Melania Trump, his wife, would have told him off for using a curse word. Trump said, “I’d go home, and the first lady would say, ‘why did you use that foul language, darling? I love you so much, but why did you use it?'”

The former president then came close to using foul language again, saying: “He’s an old broken down piece of… crow.”

It isn’t the first time Trump has used a speech to insult the 80-year-old Senate minority leader. In April 2021, at a Republican National Committee gathering in Florida, the former president called McConnell a “dumb son of a bitch,” per The Washington Post.

That same month, according to the authors of “This Will Not Pass.,‘ Trump insulted McConnell’s wife, Elaine Chao, using racist and xenophobic language.

Since the 2020 election, Trump has repeatedly torn into McConnell for failing to support his election lies.

After the Capitol riot on January 6, 2021, McConnell told an author of “This Will Not Pass” that he was “exhilarated” that Trump had “totally discredited himself.”

According to an excerpt of the book, McConnell said of Trump: “He put a gun to his head and pulled the trigger. Couldn’t have happened at a better time.”