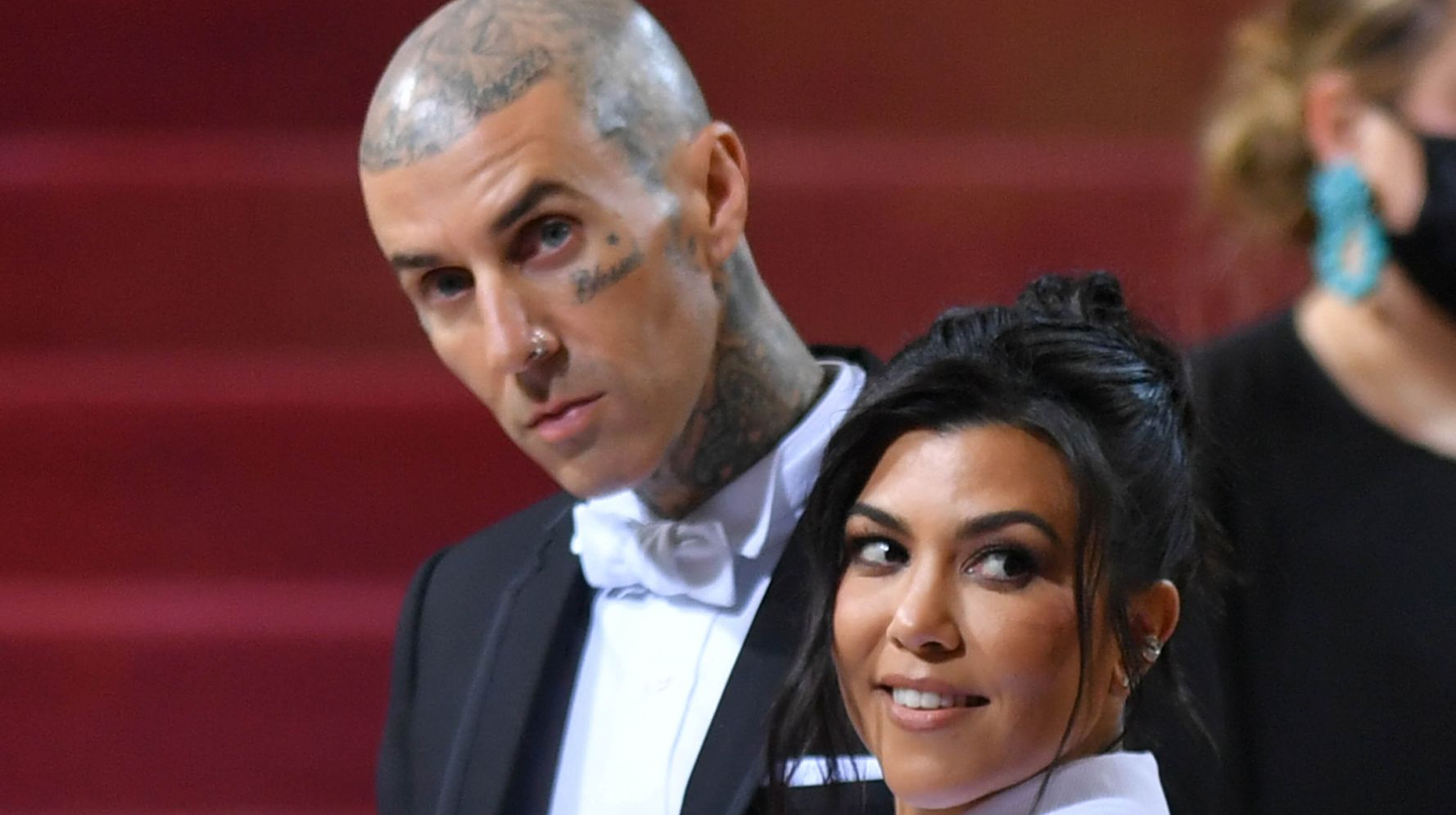 Travis Barker was taken to a hospital by ambulance on Tuesday afternoon, according to TMZ and Page Six.

The Blink-182 drummer was photographed lying on a stretcher outside Cedars-Sinai Medical Center in Los Angeles, TMZ first reported. His wife, reality TV star Kourtney Kardashian, reportedly followed behind him.

His condition was unclear.

Around the time the news broke, Barker’s 16-year-old daughter, Alabama Barker, posted on her Instagram story: “Please send your prayers.”

Barker also tweeted the phrase “God save me” earlier on Tuesday, though that may have been a reference to his recent song with Machine Gun Kelly by that name.

According to TMZ, Barker and Kardashian first visited West Hills hospital on Tuesday morning before Barker was transported by ambulance to Cedars-Sinai.

A representative for Barker did not immediately respond to a request for comment.