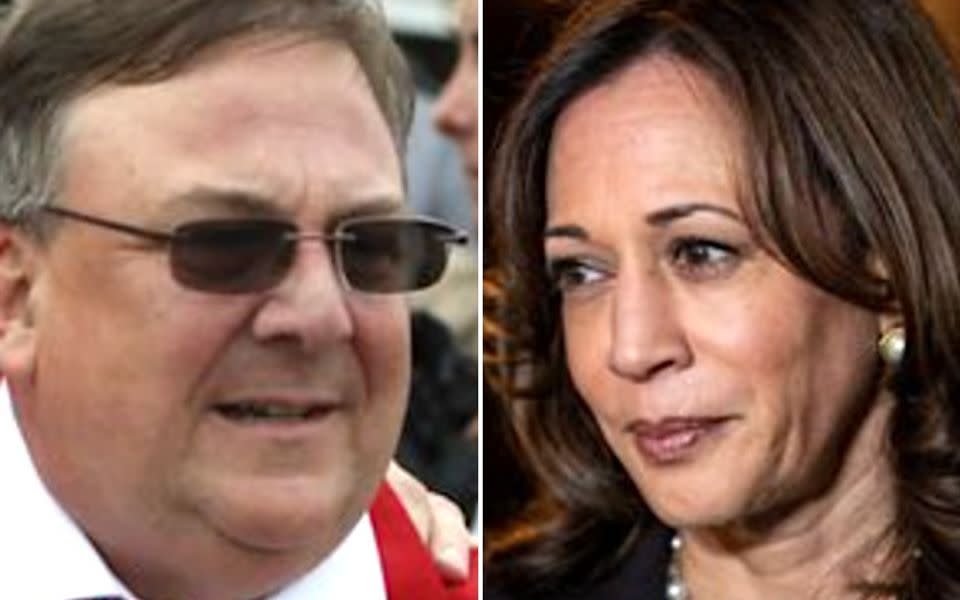 Reed has been accused of making a sexist slur in a Twitter response to former Trump adviser Sebastian Gorka, the New York Post reported.

Gorka asked on social media in January, “So what exactly are Kamala’s qualifications?” To which an account that appears linked to Reed replied: “Heard she’s good on her knees!!”

In an interview with ESPN’s “Outside the Lines,” Reed dodged questions about the tweet, neither confirming nor denying it was his.

“I haven’t seen anything about it,” Reed told the sports network’s John Barr.

“Haven’t been told about it. I don’t know what’s going on out there. I’m more concerned with Richie and what’s going on with us, and this great horse, and how much he’s helping everybody. So, there’s haters out there, and that’s about how I’m gonna leave something like that.”

The “Eric Reed” account from which the tweet originated, @daddyrabbit1964, says it belongs to the “Owner of Mercury Equine Center,” which is Reed. It also notes the account holder is a “horse trainer” and “Reagan conservative.” It is now set to private.

HuffPost did not immediately hear back from the equine center.