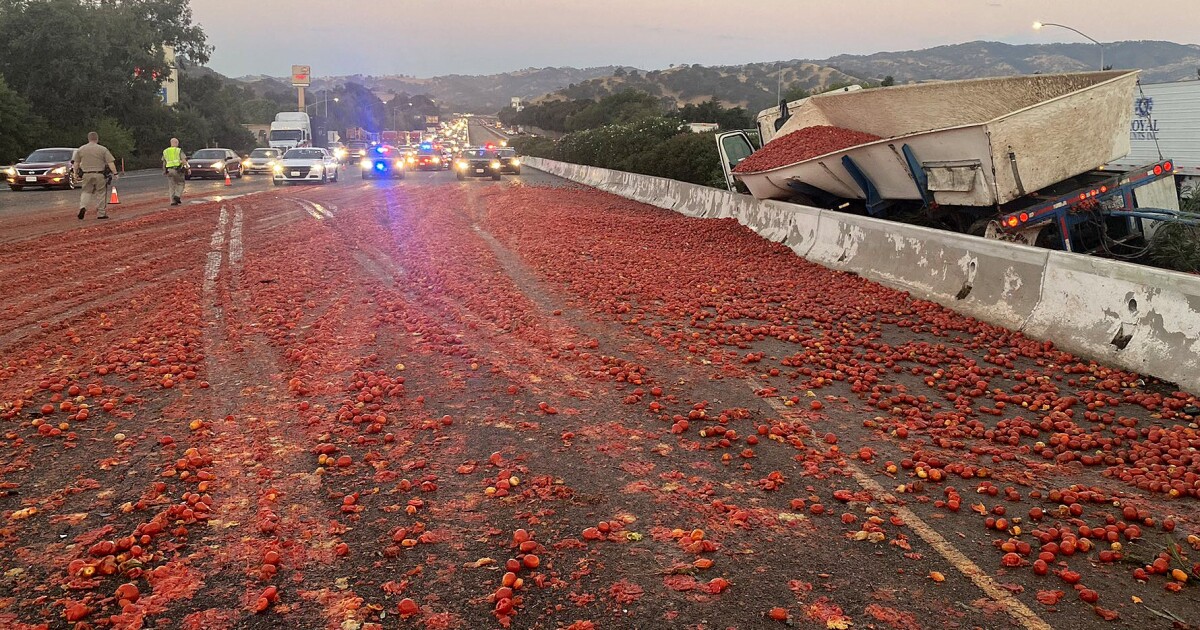 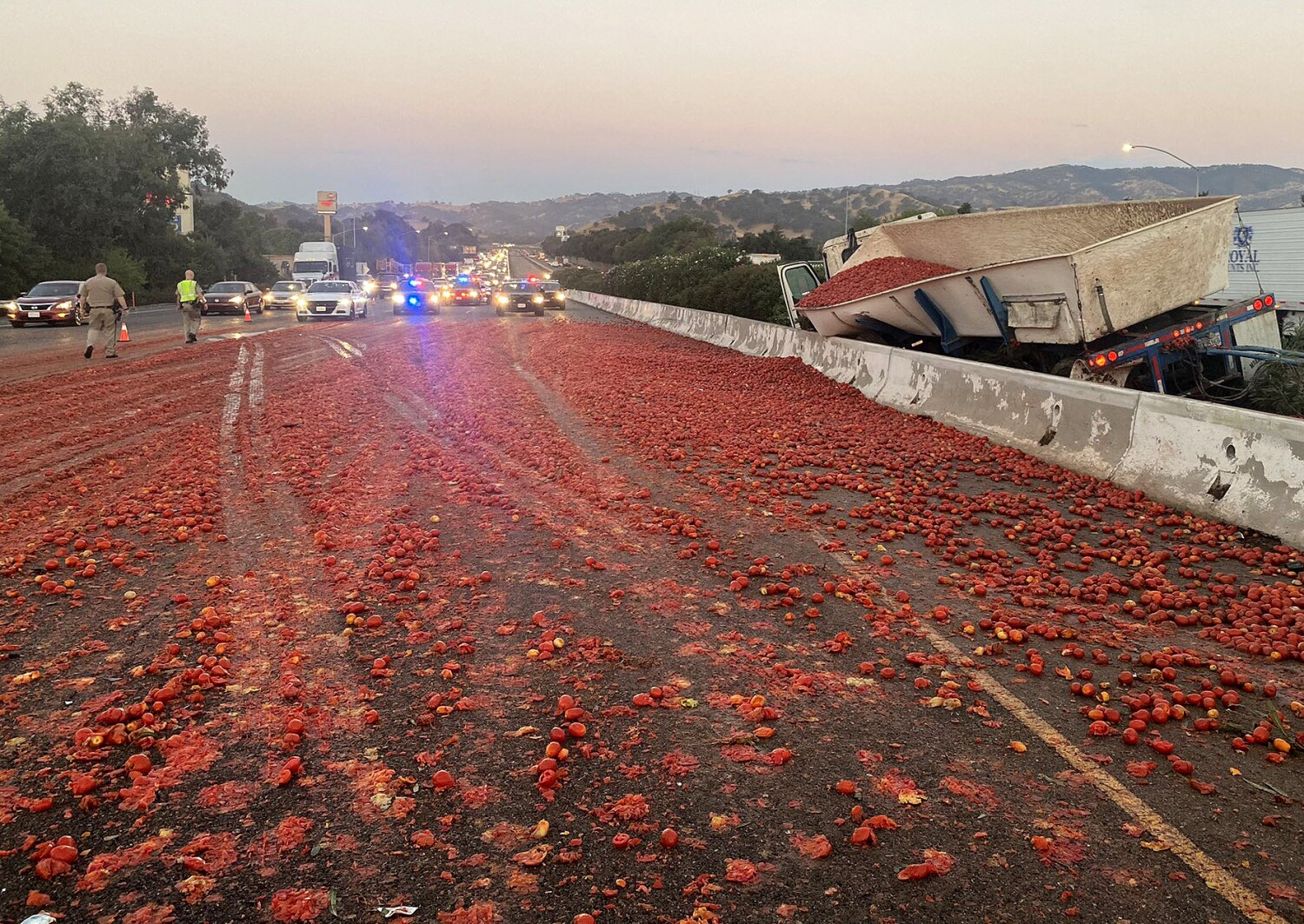 A Caltrans cleanup crew used street sweepers to clear the tomatoes and the juice, which made for slippery conditions, said Pedro Quintana, a spokesperson for Caltrans in Napa and Solano counties.

During the cleanup, only one lane was open, Quintana said.

As of 11:30 a.m., all the tomatoes were cleaned up and eastbound lanes of the interstate were back open. One westbound lane remained closed as crews worked to remove the big rig from the median, Tyhurst said.