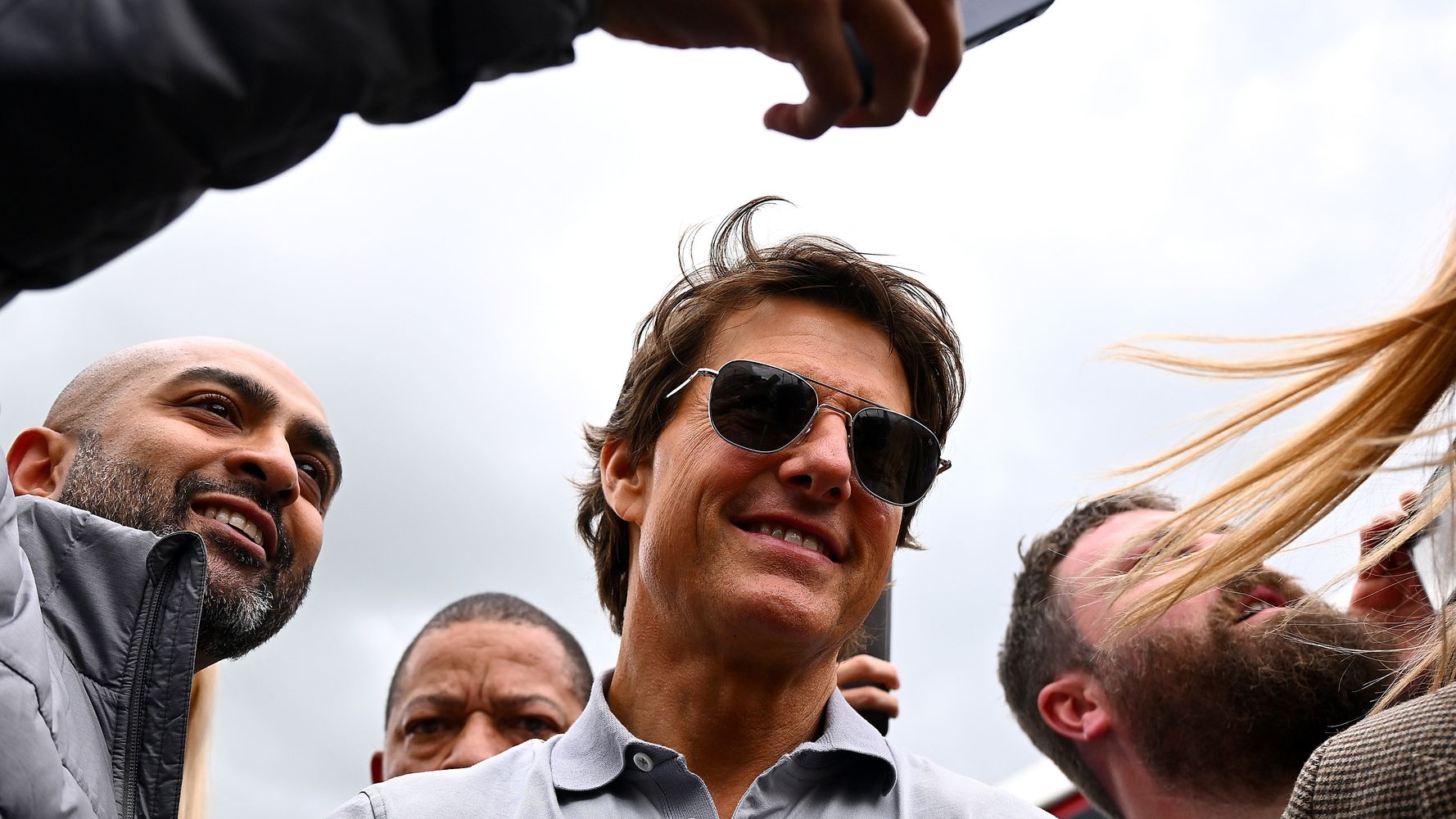 That’s surely what barreled through the minds of Londoners on Friday when the Golden Globe winner left a restaurant arm in arm with Salma Hayek. Cruise had joined Hayek and her husband François-Henri Pinault for dinner at the venue, according to People.

Hayek posted footage of the fandom on Instagram Monday with a caption in English and Spanish: “When you take your friend Tom to dinner.”

Cruise, seen listening intently to each person in the excited throng, shook hands and posed for pictures.

The 60-year-old movie star certainly has reason to celebrate, as “Top Gun: Maverick” surpassed $1 billion worldwide at the box office and continued to break records. The hotly anticipated sequel premiered in May and has become the biggest film of Cruise’s career.

When he isn’t third-wheeling it at romantic dinners-turned-spectacles, Cruise is showing up at major sporting events. The actor, who lives in London part time and attended Wimbledon earlier this month, celebrated his 60th birthday at the British F1 Grand Prix to support Lewis Hamilton.

“Lewis always,” said Cruise at the time. “He’s a great friend of mine. I hope he has a great day.”

Cruise has known Hayek for decades and produced “Ask the Dust,” a romantic drama starring her and Colin Farrell, in 2006. Hayek married Pinault in 2009 after giving birth to their daughter Valentina Paloma in 2007.

As for Cruise, the actor has to get back to work soon — and complete filming “Mission: Impossible 8.”