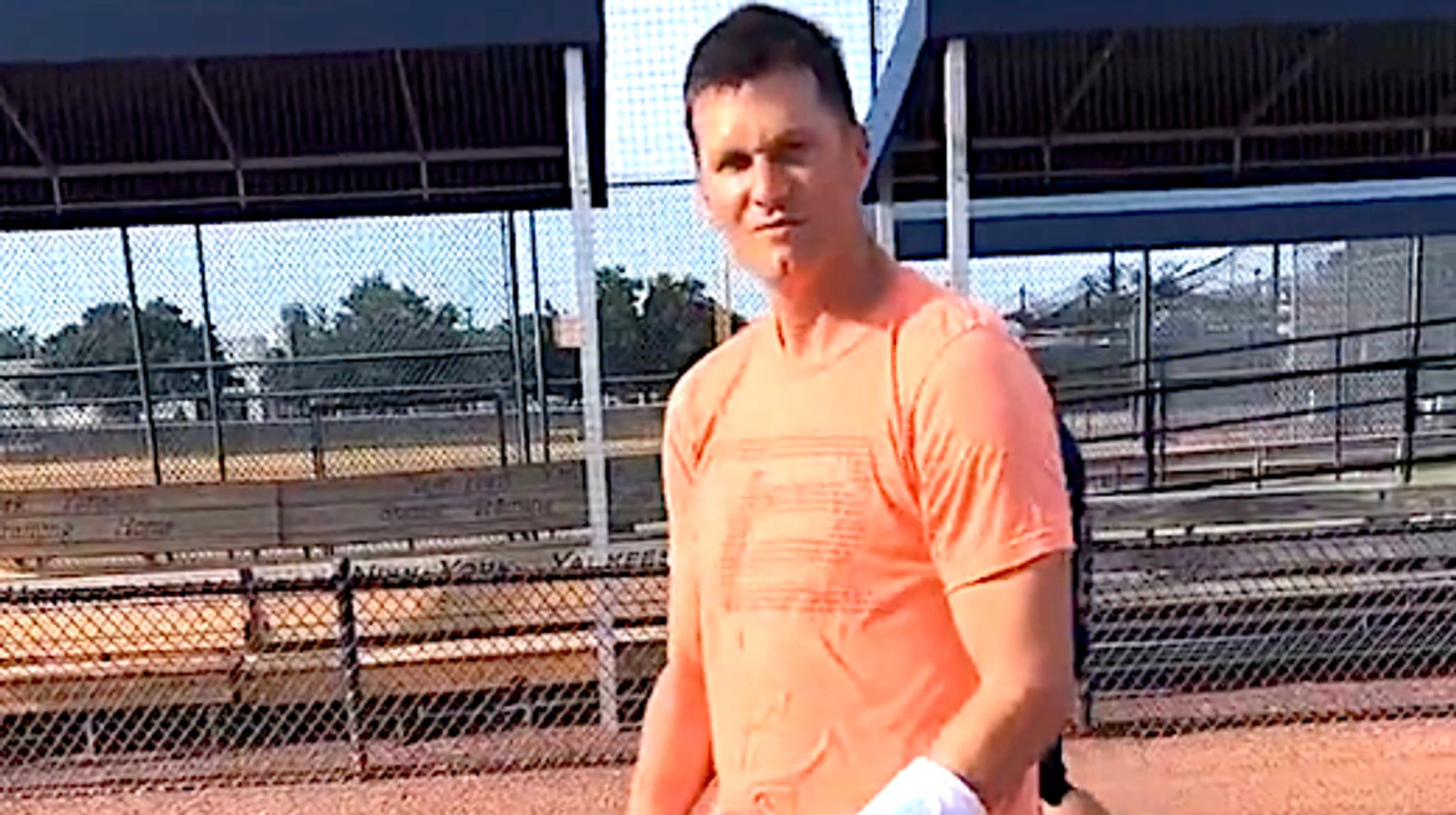 At least we know one place where Tom Brady leans left: the batter’s box. (Watch the video below.)

Brady was once drafted in the 18th round by the Montreal Expos as a catcher for Junipero Serra High School in San Mateo, California. But he chose to play football at the University of Michigan, and the rest is football history.

Former Expos scout John Hughes spoke of Brady’s “left-handed power” and it showed in the clip. He sent Gronk fairly deep with a few drives. But no homers.

Brady said it had been a “long fucking time” since he took his baseball cuts.

Brady, of course, throws right-handed, and has been accused of being a right-winger for calling former President Donald Trump a friend and for once having a MAGA hat in his locker.

But the superstar avoided endorsing Trump. In 2016 he declined to appear at the Republican National Convention, where Trump received the GOP nomination.