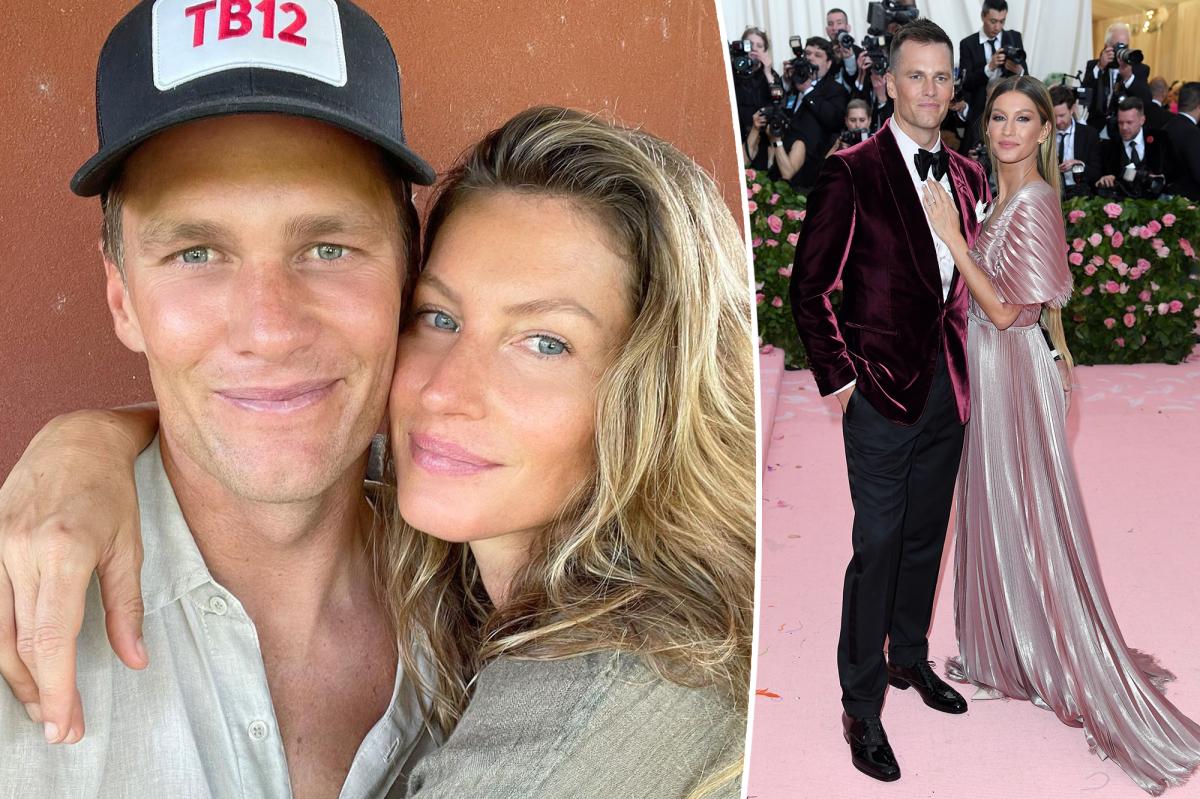 The model has left their family compound in Tampa, Fla., for Costa Rica following a series of heated arguments over Brady’s shock decision to un-retire from the NFL, while he has remained behind for team training.

“Tom and Gisele are in a fight right now,” a source told Page Six, adding that this has happened before with the couple, but they have always reunited in the past.

The news comes after the Buccaneers quarterback, 45, missed 11 days of training in August. When quizzed about his disappearance, the sports star said: “It’s all personal … everyone’s got different situations they’re dealing with. We all have really unique challenges to our life. I’m 45 years old, man. There’s a lot of s–t going on.”

A rep for both Brady and Bündchen, 42  — who share children, Benjamin, 14, and Vivian, 9, plus Jack, the athlete’s 14-year-old son with ex Bridget Moynhan — declined to comment.

A second source said, “There’s been trouble in the marriage over his decision to un-retire. Gisele has always been the one with the kids.

“They had agreed he would retire to focus on the family, then he changed his mind.”

Added an insider: “They have a fiery relationship. Gisele is a bit hot-headed — she has that Brazilian heat!”

In May, Bündchen told British Vogue: “I don’t think relationships just happen; it’s never the fairy tale people want to believe it is. It takes work to be really in sync with someone, especially after you have kids,” she said, adding, “His focus is on his career, mine is mostly on the kids.”

On his Instagram account Monday, Brady posted video of himself taking Benjamin and Vivian to their first day of school.

As Brady did a quick about turn on his retirement, after promising to spend more time with Bündchen and the kids, she has also been working again and is currently starring in a new Burberry campaign.

“It’s almost like Gisele was like, ‘Well if you’re going to keep playing, so will I,” said the second source. “She’s resentful that Tom is still the football superstar.”

Brady has been looking downcast at training camp, according to sources.

In 2020, during an appearance on Howard Stern’s SiriusXM show, Brady admitted: “A couple of years ago, [Bündchen] didn’t feel like I was doing my part for the family.

“She felt like I would play football all season and she would take care of the house,” he added. “She wasn’t satisfied with our marriage. So I needed to make a change in that. Her point was, ‘Well, yeah, of course this works for you. It all works for you. But it doesn’t work for me.’”

And more recently, Brady had admitted he needs to be “better” about balancing his NFL career and spending time with his family.

“[During] the off-season, my family’s got a lot of time. I’ve enjoyed that,” he said. “I can still do a better job of that. It’s just constantly trying to be a little bit better each day.”

Addressing his six-week retirement earlier this year, he added every decision “comes at a cost.”