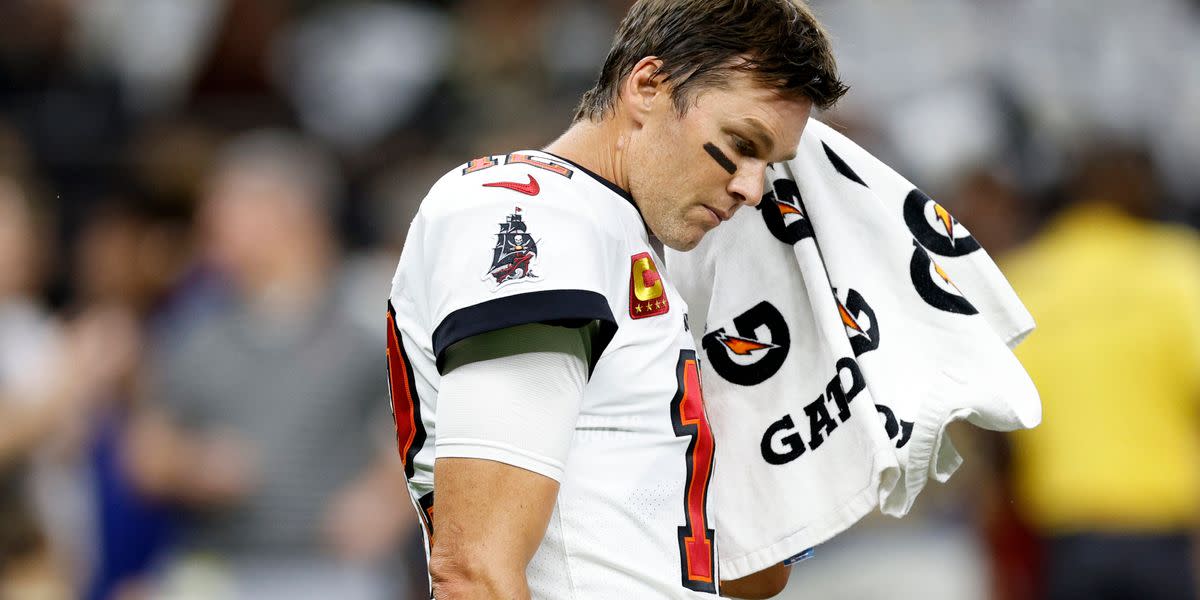 Win or lose, some fans just like to see Tom Brady mad.

The Tampa Bay Buccaneers quarterback didn’t disappoint them during Sunday’s game in New Orleans, slamming his computer tablet to the turf in frustration.

Brady was upset at the Buccaneers’ lack of offense as they trailed the New Orleans Saints 3-0 in the third quarter. The Bucs eventually won 20-10, with the defense playing a significant role. Brady completed 18 of 34 passes for 190 yards and a go-ahead touchdown ― meh by his standards.

He also incited a fight between the teams when he yelled at New Orleans cornerback Marshon Lattimore after a drive ended on an incomplete pass.

Discord appears to be following the seven-time Super Bowl winner. Brady, who retired then unretired during the offseason, is reportedly in the midst of marital tension with Gisele Bundchen. People, citing unnamed sources, has reported the two have been living apart.

Brady, who also threw a tablet against the Saints last season, appeared in good spirits after Sunday’s victory, apologizing for the destruction of the device.

“Sorry for breaking that tablet,” he said in the video. “I think it’s gonna be another Twitter meme or something like that.”

You said it, Tom.