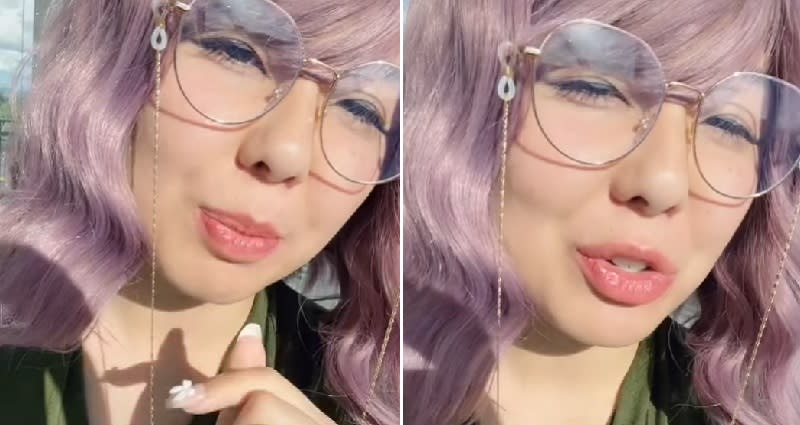 A TikTok user explains in a now-viral video why some hiring managers for big companies purportedly choose not to hire the most qualified applicants.

Runa Jiang (@rulewithruna), a TikToker who shares career and business tips, posted a video claiming that recruiters tend to hire “people with the least amount of risk.”

“As a hiring manager, they don’t get paid more because you perform outstandingly… but they do get penalized if their candidates keep on quitting early or disobey the authority,” Jiang says.

More from NextShark: Indian soldier goes viral for his ‘keen’ introduction to a Chinese soldier

“What kind of candidates quit early and disobey authority? Usually, the ones that are the smartest or most qualified in terms of experience and intelligence,” she adds.

According to Jiang, interview questions are meant to measure an applicant’s “risk.”

“‘Why did you leave your company?’ measures your risk of leaving again. ‘What is your biggest weakness?’ is to see how bad you screw up. It’s really all psychology,” she claims.

Her clip, posted on May 30 with the caption “What interviews are really about: Part 1,” has been viewed over 500,000 times as of this writing.

In the TikTok video’s comment section, Jiang posted a disclaimer, saying, “There are definitely hiring managers who are fair and only choose the most qualified candidates if you are one of them – kudos.”

She added, “This is just pointing out that big company’s reward and performance systems do not motivate this kind of human behavior.”

More from NextShark: ‘You’re nothing but a prostitute’: 2013 Singaporean show clip resurfaces as part of TikTok trend

The post generated mostly positive feedback from both recruiters and job applicants.

“As a hiring manager, I can confirm – personality is a big part too,” one commenter wrote.

“I have an interview with Microsoft next week, I’m gonna tell them my biggest weakness is I don’t know how to quit,” another said in jest.

In a follow-up post on June 5, Jiang says start-ups do hire the most qualified candidates because “they need high performers to solve problems.”

“There’s also another reason why you rarely hear questions like, ‘What’s your biggest weakness?’ going into a start-up interview,” Jiang says. “Start-up interview questions often sound something like, ‘Here’s a problem, how would you solve it?’”

“So are they not scared that these candidates are going to leave?” she continues. “Of course they are. That’s why they provide such good benefits and pay you based on the problems you can solve rather than the years of experience you have. The biggest difference: start-ups would rather you stay for three months and solve a big problem that they have rather than you stay for three years and do absolutely nothing.”