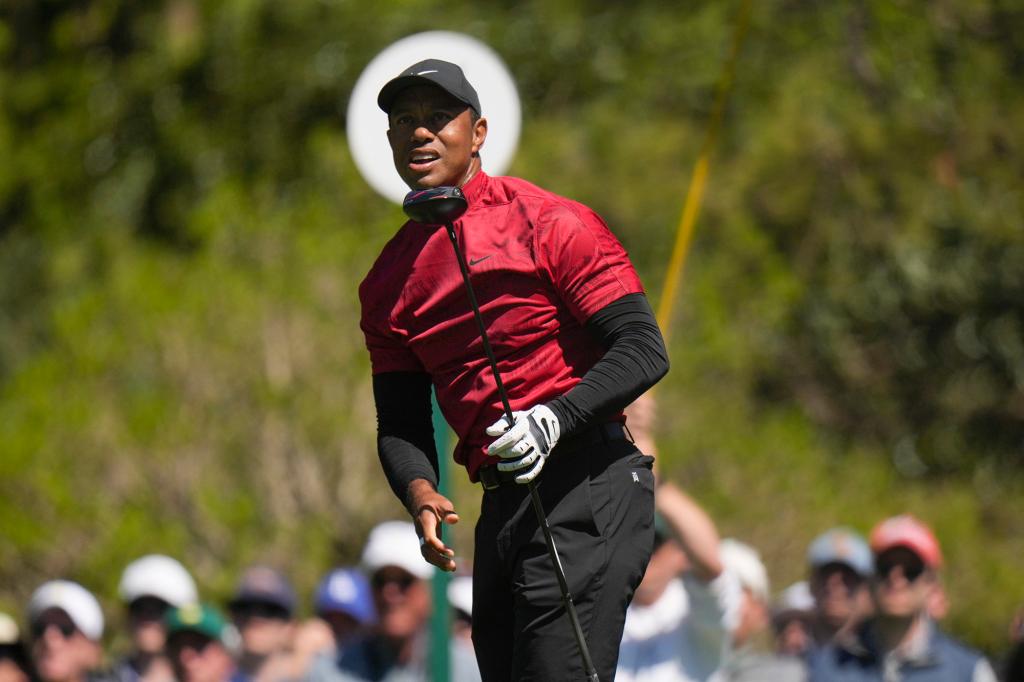 TULSA, Okla. — Shortly before 2:30 p.m. local time on Sunday, Tiger Woods made his presence at the PGA Championship official when he showed up on the driving range and readied himself for a nine-hole practice round at Southern Hills.

When we last saw Woods on the golf course, he was showing the effects of his 14 months away from the game following his frightening car crash in February 2021, staggering to a 78-78 weekend finish at the Masters in April.

Woods, after a promising 1-under-par 71 to start the Masters, was gassed on the weekend at Augusta National, which happens to be one of the most taxing walks in golf.

Sunday at Southern Hills, where Woods won the PGA the last time a major championship was played here, the 46-year-old with his right leg repaired after it was shattered in the crash, looked visibly stronger than he did a month ago.

He struck the ball with both ease and authority and showed no signs of laboring while walking the course.

“I’ve gotten a lot stronger since the Masters,’’ Woods told a half-dozen reporters who walked the front nine with him, his caddie Joe LaCava and his closest confidant Rob McNamara. “We went back to work on Tuesday [after the Masters]. Monday was awful. I did nothing and Tuesday was leg day. So, we went right back after it.

“We started ramping up a week or so ago, played a little bit more golf, and it was good. Everything is better.’’

LaCava spent the last three days with Woods in Florida, practicing at Medalist, Woods’ home course. It was the first time he had been with Woods since the Masters and he saw a distinctly different player physically. Woods visited Southern Hills in late April for an 18-hole practice round, but LaCava wasn’t on that trip.

“Hundred percent I see him stronger,’’ LaCava said. “I just think the endurance is there now. I don’t think he’s getting quite as tired as quickly. I see more endurance more than anything.’’

LaCava acknowledged that Woods tired on the weekend at Augusta, saying, “It’s the hardest walk out there. No excuses. That’s just a fact. This [Southern Hills] is no piece of cake either, but it’ll be a little less taxing in the walk.’’

LaCava said the three days he spent with Woods in Florida was spent doing “a combination of” playing and practicing and they flew to Tulsa in Woods’ jet Sunday morning.

“We were kind of mixing it up, kind of simulating what you might do at a tournament, doing some chipping and putting before and after so you’re on your feet a little bit longer,’’ he said.

Woods said he’s “excited about’’ this week and his future.

Woods, who is stuck on 15 major championships, three behind Jack Nicklaus’ record, is going to cherry pick his events going forward and most of them will be majors.

“I’m not going to play that much going forward, so anytime I do play it’s going to be fun to play and to compete,’’ he said. “There only so many money games you can play at home.’’

There were a couple moments on Sunday when Woods looked every bit the player who won the 2007 PGA in 100-degree heat. He positively smoked his tee shot on the 515-yard par-4 second hole, leaving himself with 158 yards to the flag. Doing the math, that’s 357-yard drive. On that hole, Woods played through a club pro, whose tee shot was some 80 yards behind Woods’ drive.

On the fourth hole, a picturesque uphill par-4 with the clubhouse as the backdrop, Woods split the fairway with one of his patented 2-iron stingers and left himself just 116 yards to the flag.

When he reached the fourth green, Woods hooked up with Gary Woodland, the 2019 U.S. Open champion and one of the longest hitters in the game. And he went blow for blow with Woodland the rest of the way in terms of distance.

LaCava said that the loose plan for the rest of the week before Thursday’s opening round is to play “probably nine [holes] a day. I don’t think he’s going to do more than that.’’

LaCava, who’s typically conservative with any predictions, said Woods, even in his improved physical state, “is still a work in progress.’’

“But other than the fact that he won here 15 years ago, I think it’s the stamina and endurance thing that excites him the most,’’ LaCava said.