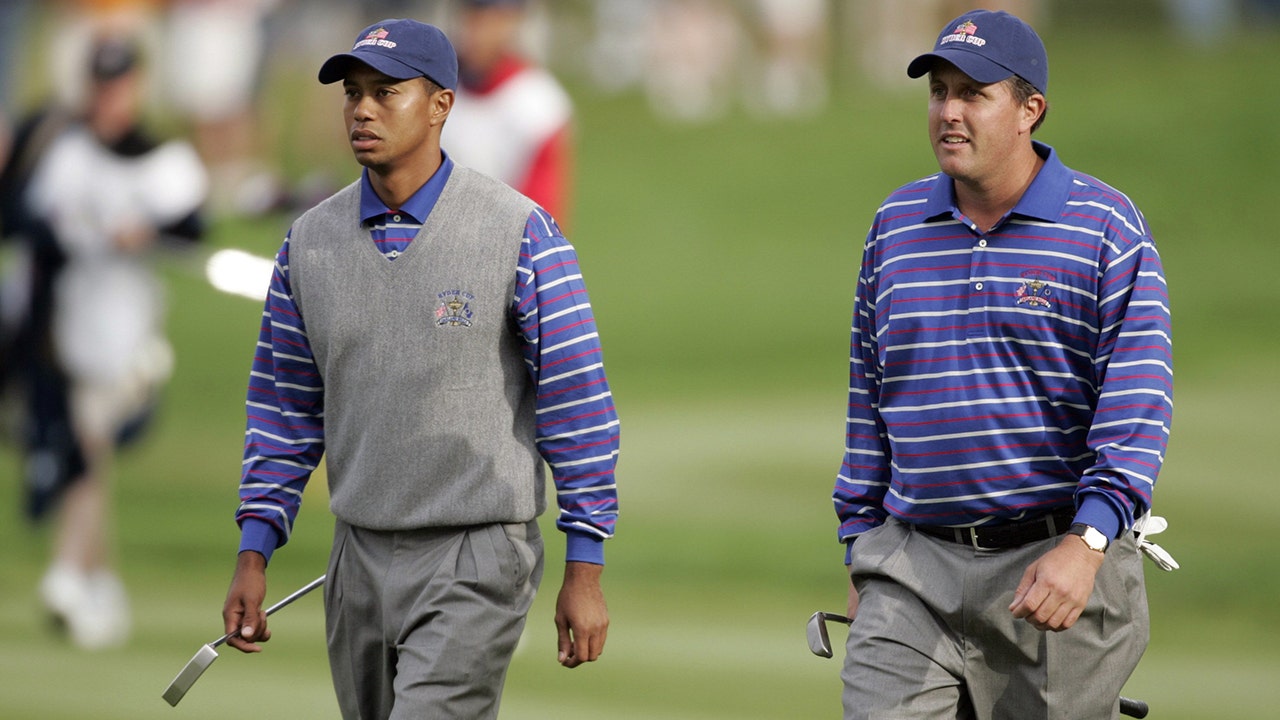 With the second major golf championship of the year kicking off in just 10 days, it’s becoming clearer which big names will likely be attending.

Speculation of Woods competing in the tournament grew after he was spotted at the Oklahoma course last month as part of a scouting trip. Woods was joined by Southern Hills director of golf Cary Cozby as they walked and checked out the course for the first time since his victory there in the 2007 PGA Championship.

“Everything is so smooth with him now,” Cozby said, via Golf Oklahoma. “His rhythm is great, he hit it straight and plenty far, he pitched and putted it great. I know guys can hit it past him now but watching him work was amazing. He’s so meticulous, detailed, and immersed in what he’s doing. He was very inquisitive on lines and the best angles.”

Woods competed in the Masters last month, and despite finishing toward the bottom of the leaderboard, it showed he could go all 72 holes against high-level competition since suffering devastating leg injuries in a February 2021 car crash.

Tiger Woods waves to the crowd on the 18th green after finishing his round during the final round of the Masters at Augusta National Golf Club on April 10, 2022 in Augusta, Georgia.
(Gregory Shamus/Getty Images)

Woods discussed future tournaments after his final round at the Masters, saying he remained unsure about competing at Southern Hills, but planned on playing at the Open Championship in July. He won the PGA Championship four times during his career, in 1999, 2000, 2006 and 2007.

“I won’t be playing a full schedule ever again. It’ll just be the big events. I don’t know if ill play Southern Hills or not, but I am looking forward to St. Andrews. It’s something that’s near and dear to my heart,” Woods said. “I’ve won two Opens there. It’s the home of golf. It’s my favorite golf course in the world. I will be there for that one. But anything in between that, I don’t know. I will try. I will try to get ready this week for Southern Hills, and we’ll see what this body will be able to do.”

Unlike Woods, Mickelson did not compete at the Masters, marking the first time he was absent from the field in nearly 30 years.

Mickelson has been at the center of controversy after he reportedly criticized the PGA Tour and backed a proposed golf league being financed by Saudi Arabians. Mickelson described the Saudis as “scary” but noted he could look past their history of human rights abuses if it meant a chance to change the PGA Tour.

HARRIS ENGLISH ON THE MEND, HOPES TO RETURN AT PGA CHAMPIONSHIP

He made the comments in an interview with author Alan Shipnuck, whose book, “Phil: The Rip-Roaring (and Unauthorized!) Biography of Golf’s Most Colorful Superstar” is scheduled to release later this month. The Fire Pit Collective published Mickelson’s comments in February.

Mickelson later apologized and announced he would be taking a leave from the sport. He claimed his comments were off the record and were not meant to be shared publicly.

“There is the problem of off record comments being share out of context and without my consent,” Mickelson said in a February statement. “But the bigger issue is that I used words I sincerely regret that do not reflect my true feelings or intentions.”

Mickelson hasn’t played since the Saudi International in early February following his hiatus from the sport. He won the PGA Championship at the Kiawah Island Golf Resort in South Carolina in 2021 to become the oldest major winner in tour history.

His agent, Steve Loy released a statement last month, writing that Mickelson was registered to play in the PGA Championship and U.S. Open.

However, he wouldn’t say if Mickelson will compete next week, noting that the decision to register was to “keep all options open.”

“Phil currently has no concrete plans on when and where he will play,” Loy added.