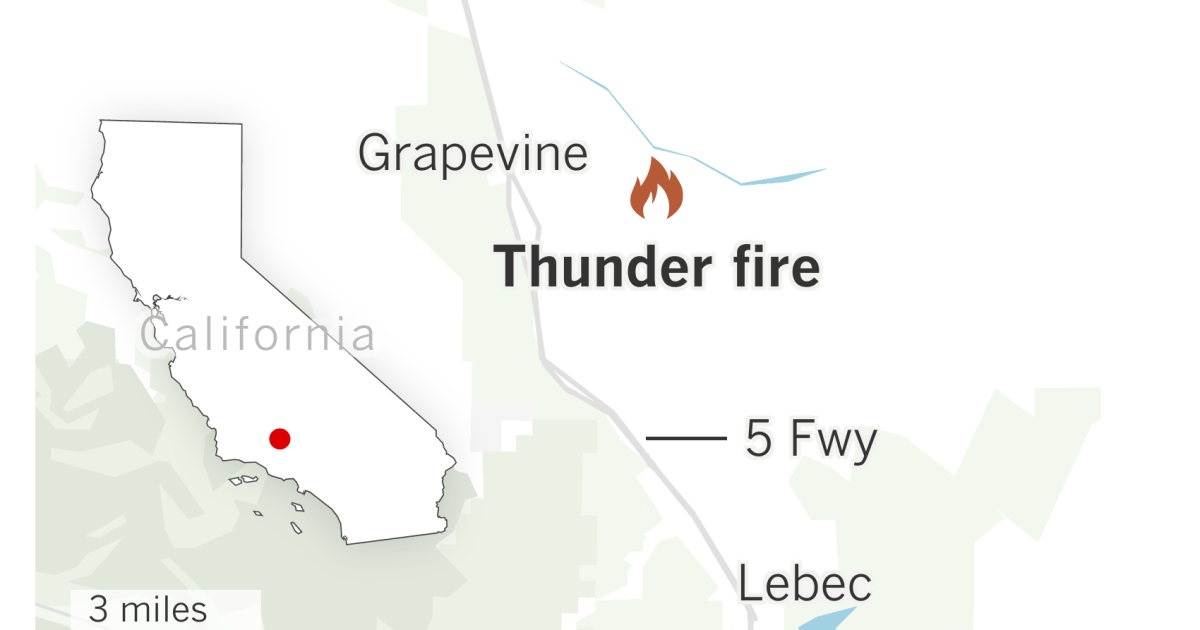 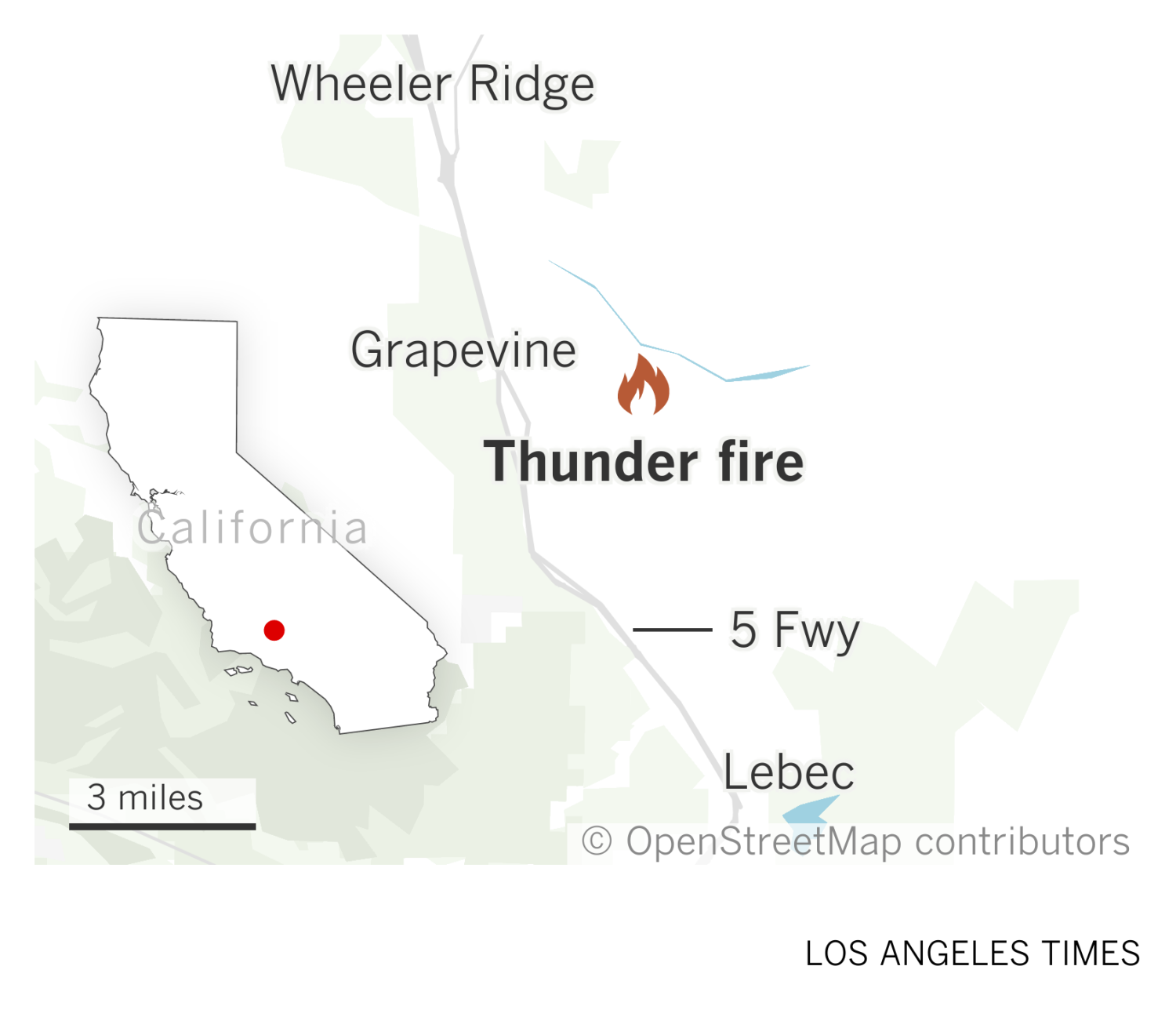 A brush fire in Kern County grew to 800 acres Wednesday evening as firefighters continued working to bring the blaze under control.

The Thunder fire was 10% contained around 6 p.m., according to the Kern County Fire Department.

The blaze broke out southeast of the 5 Freeway and Edmonston Pumping Plant Road near the Grapevine, firefighters said. Smoke was causing reduced visibility on the 5.

Authorities believe it is “highly likely” that lightning sparked the fire, but its official cause remains under investigation, said Capt. Andrew Freeborn, a Fire Department spokesperson.

Further information was not immediately available.

In Pico Rivera, a woman and her two dogs were killed by a lightning strike while walking on a path along the San Gabriel River.