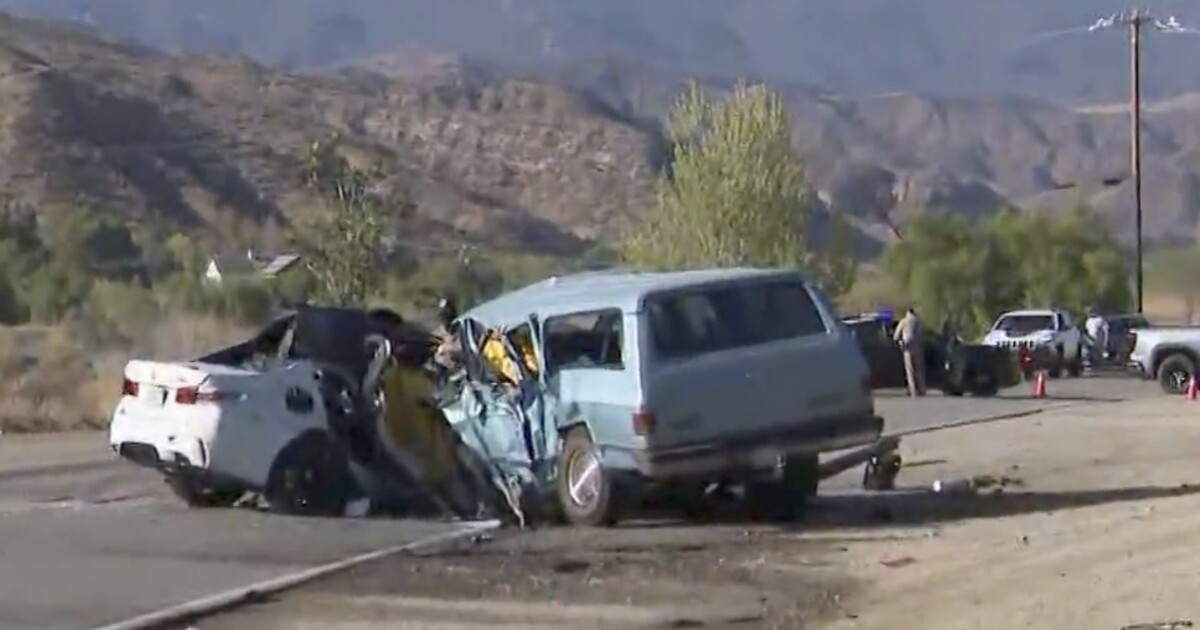 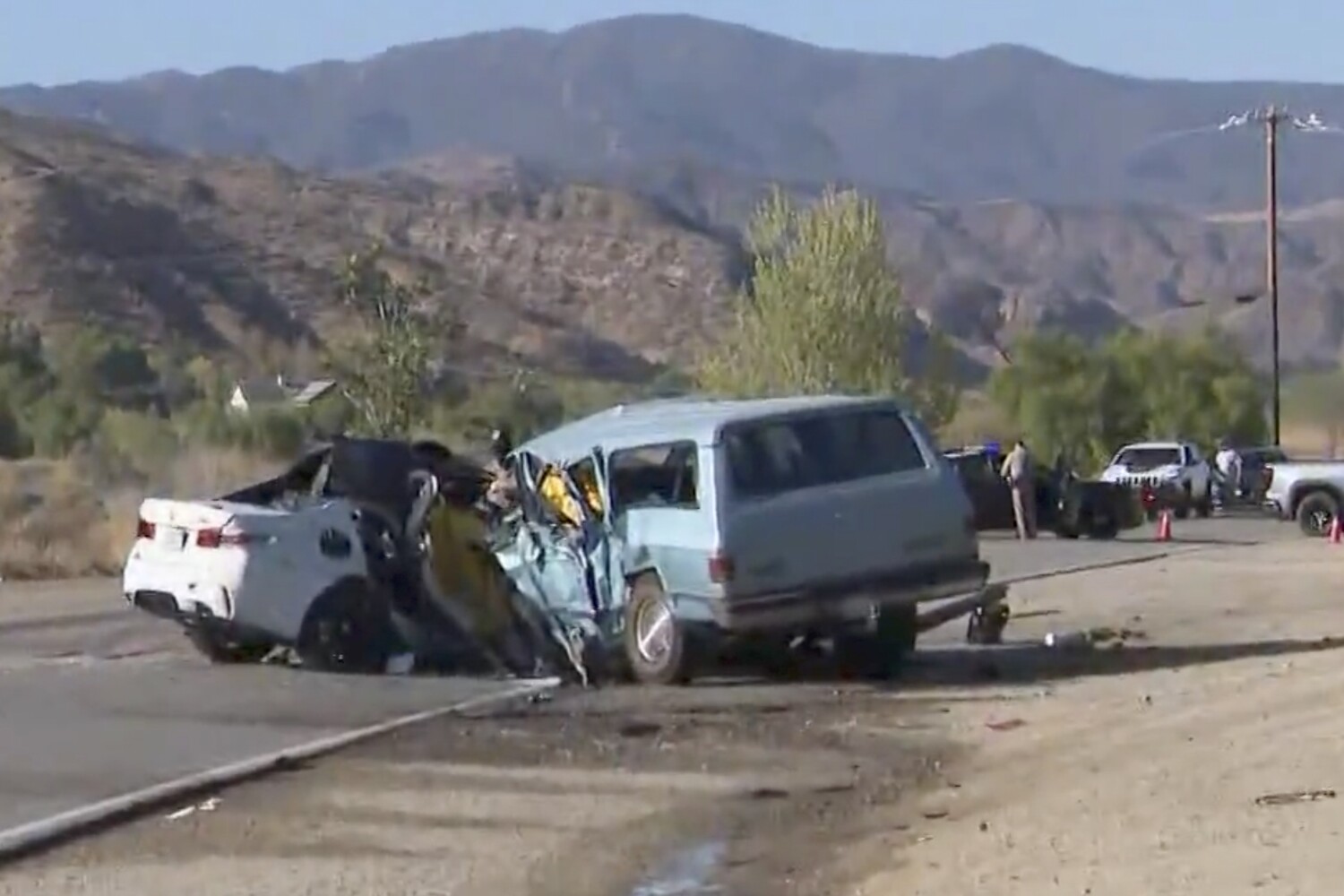 Three people were killed and two others injured Sunday afternoon when two cars collided on a canyon road in Santa Clarita, the California Highway Patrol said

Investigators were still at the scene of the crash late Sunday night in the 29000 block of San Francisquito Canyon Road. The identities of the dead and injured were not released. The two people who survived the crash were taken to a hospital, and their condition was not known.

Flames broke out in the wreckage after the collision and were doused by firefighters. The crash occurred shortly after 4 p.m., according to the CHP.