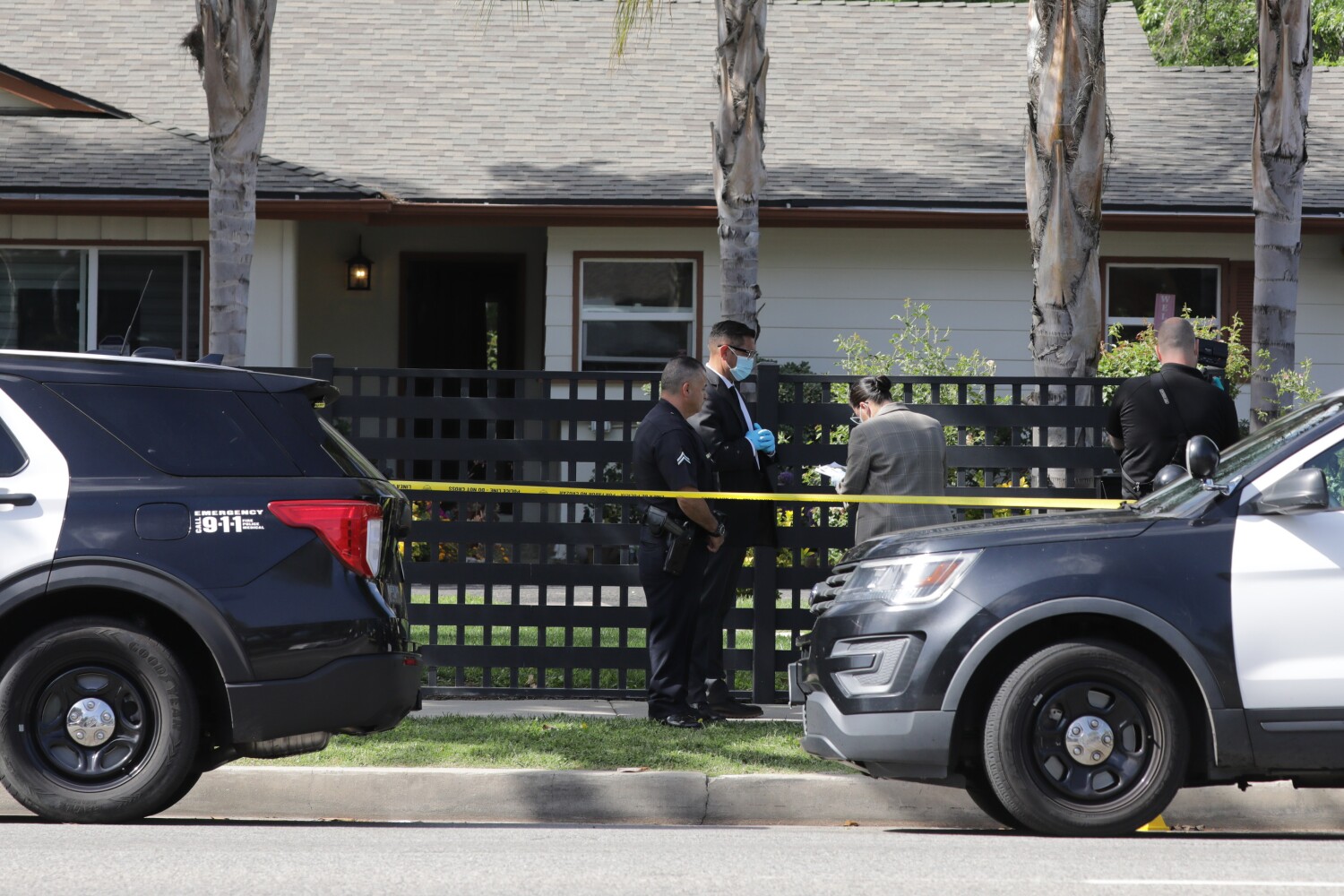 Three children were found dead Sunday at a Woodland Hills home where officers responded to reports of an assault with a deadly weapon, Los Angeles police said.

Officers received a 911 call about 7:40 a.m. and rushed to the 22500 block of Victory Boulevard, a residential area in the San Fernando Valley, police said. They found three children, a 12-year-old girl and two 8-year-old boys, who were unresponsive.

Paramedics were called and all three children were pronounced dead.

The children’s mother is being questioned, said LAPD Public Information Officer Matthew Cruz. “No other suspects are being sought at the moment,” he said.

The abused child unit within the LAPD’s Juvenile Division is investigating the specific cause and manner in which the three children died.

Authorities were seen Sunday afternoon going in and out of the one-story ranch-style house, which was cordoned off with police tape. Cars on Victory Boulevard slowed to look.

Prisila Canales, who lives two houses from the scene, said she heard the mother screaming about 10:30 p.m. Saturday, “My family is abusing me!”

Canales said she then saw the woman, who moved into the house two or three months ago, walk into the next-door neighbor’s yard, open a Bible and light candles.

Authorities were notified about the behavior and paramedics arrived about midnight and put her on a stretcher. Canales said the woman tried to wrangle herself free and yelled, “Where’s my Bible?”

“The screaming you heard; you knew she was not OK,” Canales said. “I can still hear her screaming.”

John, 34, who lives a block from the scene and declined to give his last name, said he heard muffled cries from a child on Saturday night. “I thought I was just dreaming,” he said.

“I thought [the area] was supposed to be safe,” John added. “Nothing is safe nowadays.”

Stephen Hayes, a 71-year-old neighbor, stared at the house Sunday afternoon. He had been doing so on and off since about 9 a.m., he said.

Hayes said he had seen the family ride bikes. “They look like nice, normal people,” he said. “It is one of the nicest-looking houses on the block.”