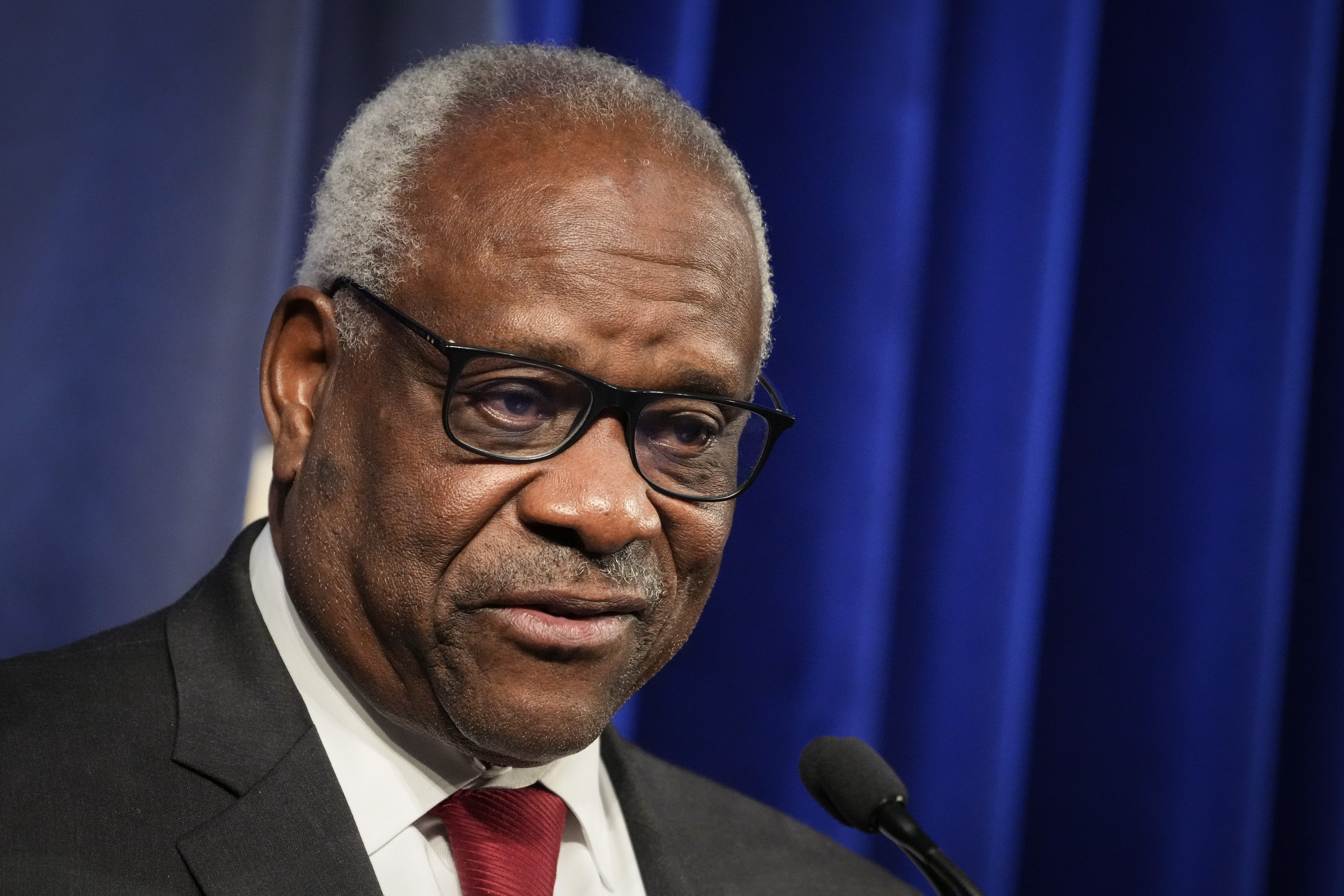 “When you lose that trust, especially in the institution that I’m in, it changes the institution fundamentally. You begin to look over your shoulder,” Thomas said. “It’s kind of like infidelity that you can explain it, but you can’t undo it.”

Thomas said that before the release of the draft opinion — made public by POLITICO last week — he considered that sort of disclosure unthinkable.

“If someone said that one line of one opinion would be leaked by anyone … you would say: ‘That’s impossible. No one would ever do that,’” the justice said. “That was verboten. It was beyond anyone’s understanding or at least anyone’s imagination.”

Speaking at the Old Parkland Conference, Thomas did not criticize any of his colleagues by name, but he indicated that the atmosphere on the court now is different than it was a few years ago.

“This is not the court of that era,” said Thomas, who was confirmed in 1991. “I sat with Ruth Ginsburg for almost 30 years and she was actually an easy colleague to deal with. … We may have been a dysfunctional family, but we were a family.”

At times, Thomas seemed to suggest that a fellow justice or law clerk might be responsible for the disclosure.

“Anybody who would, for example, have an attitude to leak documents, that is your general attitude, that is your future on the bench,” he said.

Release of the opinion led to demonstrations at the Supreme Court and at the homes of several conservative justices, prompting the erection of an eight-foot high fence outside the court and increased security around the justices themselves. Thomas lamented those protests and argued that conservatives don’t engage in such tactics.

“You would never visit Supreme Court justice[s’] houses when things didn’t go our way,” Thomas said. “We didn’t throw temper tantrums. … It is incumbent on us to always act appropriately and not to repay tit for tat.”

Thomas did not comment on the substance of the 67-page draft opinion written by his conservative colleague, Justice Samuel Alito, but at one point Thomas embraced one of the arguments in it over stare decisis: the principle that respect for precedent justifies upholding prior court opinions even if they’re erroneous. Alito’s opinion argues that stare decisis should not be an obstacle to overturning the 49-year-old precedent guaranteeing a federal constitutional right to abortion.

“When someone uses stare decisis that means they’re out of arguments,” Thomas said.

Thomas also ventured into discussion of some topics sitting justices rarely opine on publicly. He defended the Senate’s refusal to consider Judge Merrick Garland when President Barack Obama nominated him in 2016 to fill the vacancy caused by the death of Justice Antonin Scalia. The Senate was simply following a policy articulated by then-Sen. Joe Biden, when he chaired the Senate Judiciary Committee, of not confirming a Supreme Court nominee in the last year of a president’s term, Thomas asserted.

The professor who questioned Thomas at the event, John Yoo of Berkeley Law School, did not ask Thomas about a raft of criticism he received for participating in cases related to the 2020 election and the congressional investigation into the storming of the Capitol on Jan. 6 despite the fact that his wife, Virginia Thomas, was in contact with the White House chief of staff on Jan. 6 and was urging President Donald Trump to continue to fight the election results showing him defeated.

Yoo initially referred to the draft in Dobbs v. Jackson Women’s Health Organization as “the alleged draft Dobbs opinion.” However, on the day after POLITICO published the document, Chief Justice John Roberts issued a statement acknowledging its authenticity and announcing an investigation into the disclosure.

Yoo repeatedly joked about the disclosure during their joint appearance Friday night, saying at one juncture that he might make public the notes Thomas took at other sessions of the conference.

“Well, I know where to go. POLITICO will publish anything I give them now,” Yoo said, drawing laughter from Thomas.

Myah Ward contributed to this report.