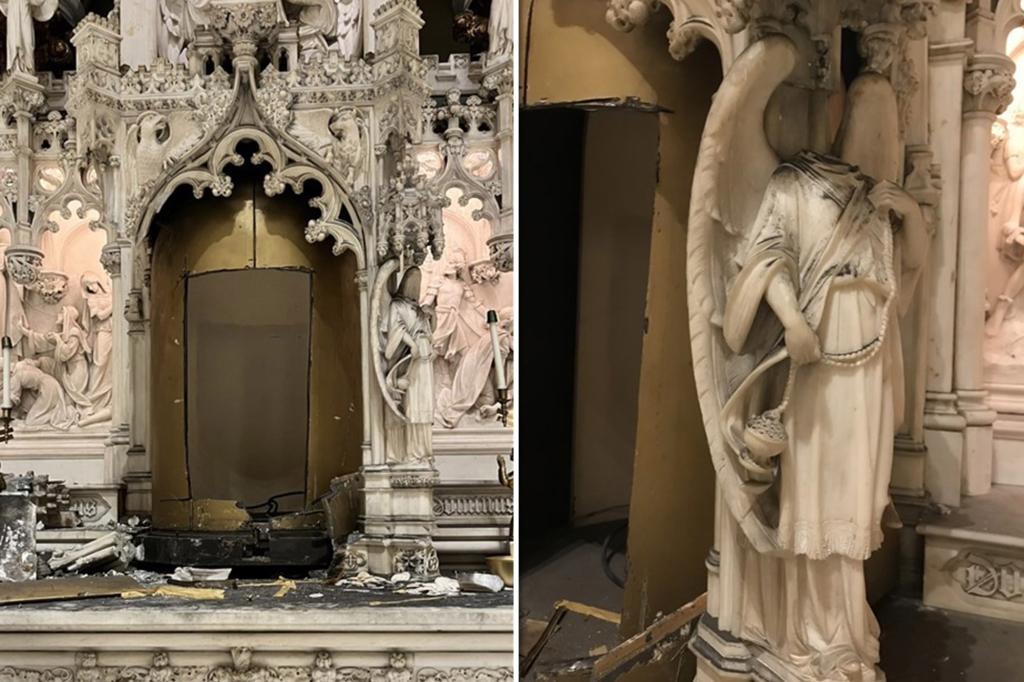 Thieves used power tools to break into a Brooklyn church, stole a $2 million, jewel-encrusted relic — and cut the head off a statue of an angel, cops said Sunday.

Once inside, they took “a pure 18-karat gold tabernacle with jewels” that is believed to be from 1888 and worth about $2 million, cops said. The item was used to conduct the rites of sacrament of communion, police said.

A statue of an angel also had its head callously removed, photos show.

Anyone with information in regard to this incident is asked to call the NYPD’s Crime Stoppers Hotline at 1-800-577-TIPS (8477) or for Spanish, 1-888-57-PISTA (74782). The public can also submit their tips by logging onto the CrimeStoppers website at or on Twitter @NYPDTips.

All calls are strictly confidential.