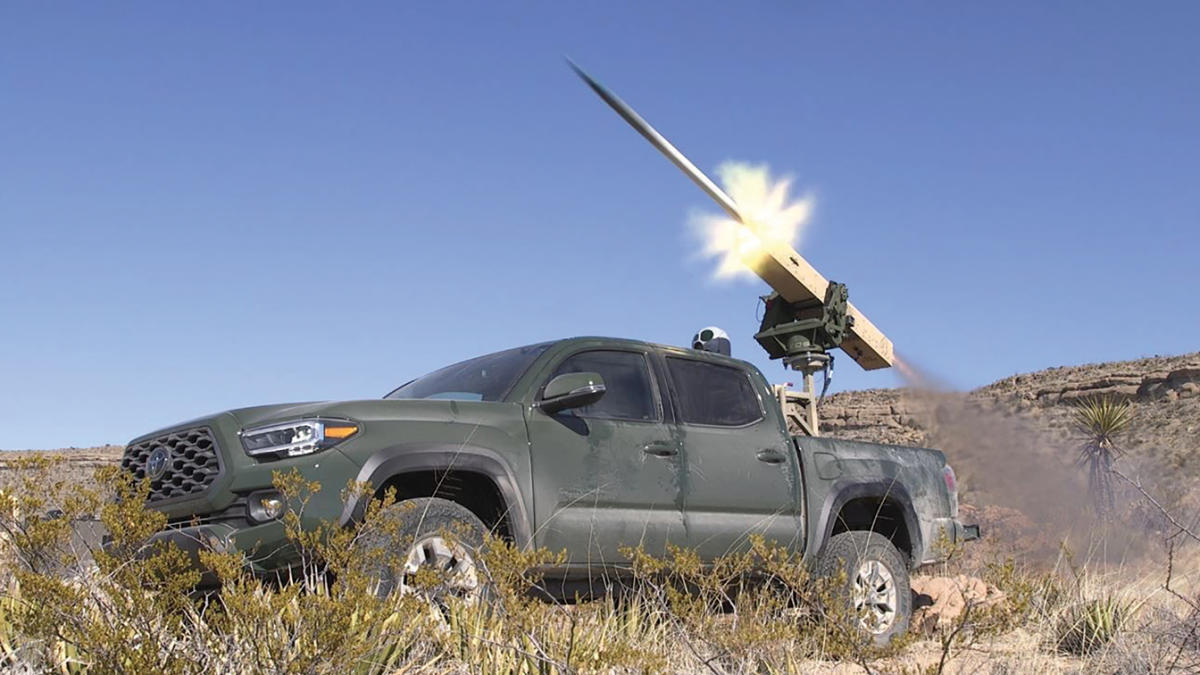 LONDON — The Biden administration announced that Ukraine would receive $3 billion in military assistance — the largest amount it has sent since Russia began its invasion in February.

The Department of Defense said that it was meeting both Ukraine’s “immediate and longer-term security assistance needs.”

Among the 245,000 rounds of artillery ammunition and the laser-guided rocket systems listed in the Pentagon’s security assistance for Ukraine under the Ukraine Security Assistance Initiative (USAI) were the VAMPIRE Counter-Unmanned Aerial Systems.

VAMPIRE is an acronym for “Vehicle-Agnostic Modular Palletized ISR Rocket Equipment.” In short, the system transforms pickup trucks and other vehicles into mobile missile launchers.

The alteration of existing vehicles will allow the kits to have a more immediate impact than other forms of military aid, according to Matthew Schmidt, director of international affairs and an associate professor of national security at the University of New Haven in Connecticut.

“Most of the kit announced under the assistance is intended to support Ukrainian military needs in the mid-term to one or more years from now, even in a postwar environment,” Schmidt told Yahoo News. “But VAMPIRE is equipment that could affect the battlefield now, assuming it gets in theater fast enough.”

Schmidt continued: “Its advantage is it can be mounted on anything with a flatbed, so civilian pickup trucks with this system can offer fast fires ahead of ground forces, pinning down enemy positions or hitting personnel carriers. If you can flood the battlefield with these, you can create a fire effect to slow and pin down small enemy units, because you can deny them ISR [intelligence, surveillance and reconnaissance] from their own drones, and you can harass or eliminate lead elements of their infantry units.”

The kit is made up of a four-barreled rocket launcher and a ball that operates as a sensor. L3Harris, the manufacturer, said that VAMPIREs can be placed on a vehicle in two hours and applied by a single person.

“The VAMPIRE system itself is a counter-UAS (unmanned aerial system) system,” Colin Kahl, the undersecretary of defense for policy, said at a press briefing last Wednesday. “It is a kinetic system that uses small missiles essentially to shoot UAVs out of the sky.”

On sending the kits to Ukraine, a spokesperson from L3Harris told Newsweek: “Our VAMPIRE system provides the Ukrainian armed forces with even more robust capabilities as they continue to defend their country and democracy in Europe, and we will continue to offer our steadfast support to their mission.”

According to the Defense Department, the U.S. has given more than $13.5 billion to Ukraine since January 2021 and more than $15.5 billion since Kremlin-led forces annexed the southern peninsula of Crimea in 2014.