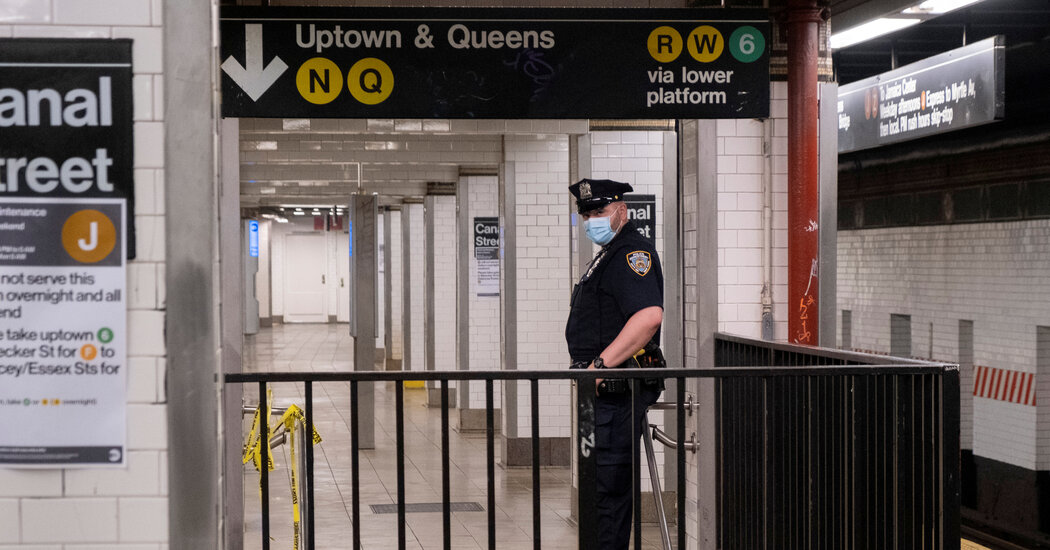 Ruth Enriquez de Tiburcio, the second-eldest of the Enriquez siblings, said Tuesday that she felt “relieved,” and that news of the arrest would comfort their parents, but her feelings were complicated.

“Whether he goes to jail or not, I don’t get my brother back,” she said of Mr. Abdullah. “But you do want somebody that is responsible taken off the streets, to pay for what they did.”

For now, she said, she is focusing on making arrangements for her brother’s funeral.

Mr. Enriquez was a beloved uncle to a far-flung flock of nieces and nephews, and lived with his longtime partner, Adam Pollack. Raised speaking Spanish and English, Mr. Enriquez had become a sort of polyglot, having studied French, Italian and Latin. He loved the steak at Peter Luger’s restaurant in Williamsburg and was known for a booming, boisterous laugh, his family said.

His encounter with Mr. Abdullah on Sunday appeared to be a dark mischance; Mr. Enriquez had avoided the train for nearly two years, Mr. Pollack said, first because of the pandemic and remote work, and more recently because of concerns over the safety of the subway system. He had only recently begun taking the train on weekends because prices on ride-share apps like Uber had become so expensive, Mr. Pollack said.

In the last few years, Mr. Abdullah had been charged in connection with several gun-related offenses. In 2016, he was indicted as part of a sweeping gang case in Manhattan, and in 2018 he leaded guilty to a weapons charge tied to two Harlem gangs. He was paroled after four months in prison, a spokeswoman for the state corrections department said.

He faced new gun charges in 2020 in Manhattan, according to court records, a case that is pending, and he was out on bail. In March 2021, Manhattan prosecutors charged him with assault and endangering the welfare of a child.

John Duvalier, 71, said he recognized Mr. Abdullah as one of a handful of young men who hung around outside twin 15-story apartment buildings at 580 and 590 Flatbush Avenue in Prospect Lefferts Gardens, Brooklyn. He described them as “trouble.”

“I don’t mess with those guys,” Mr. Duvalier said. “I advise them to go to school and get some education.”