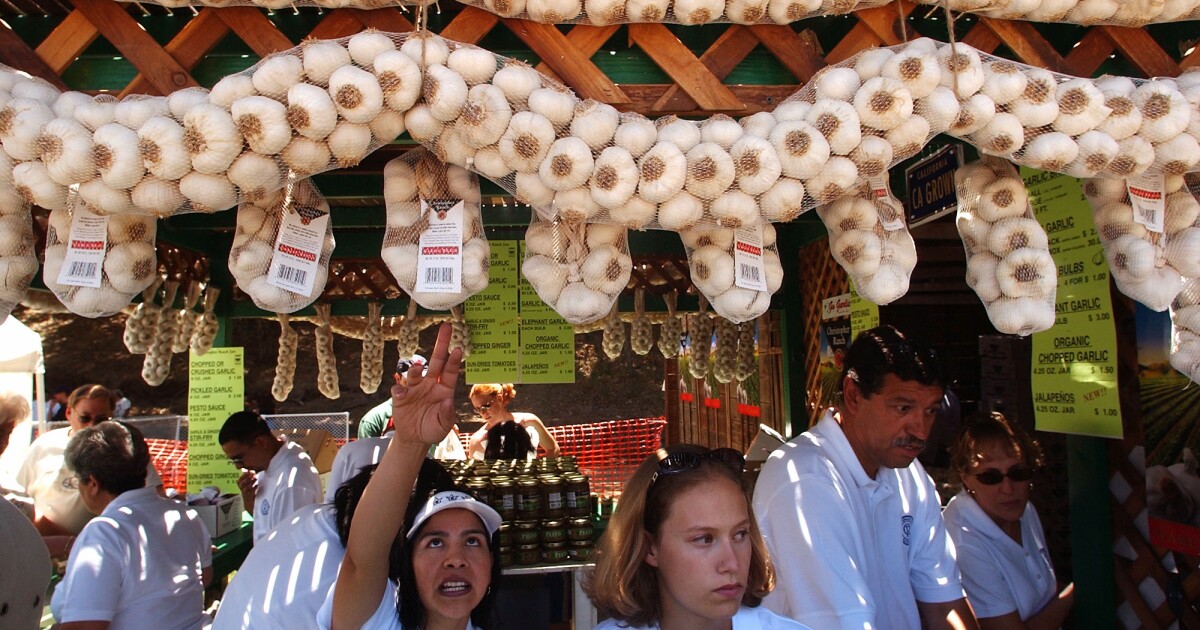 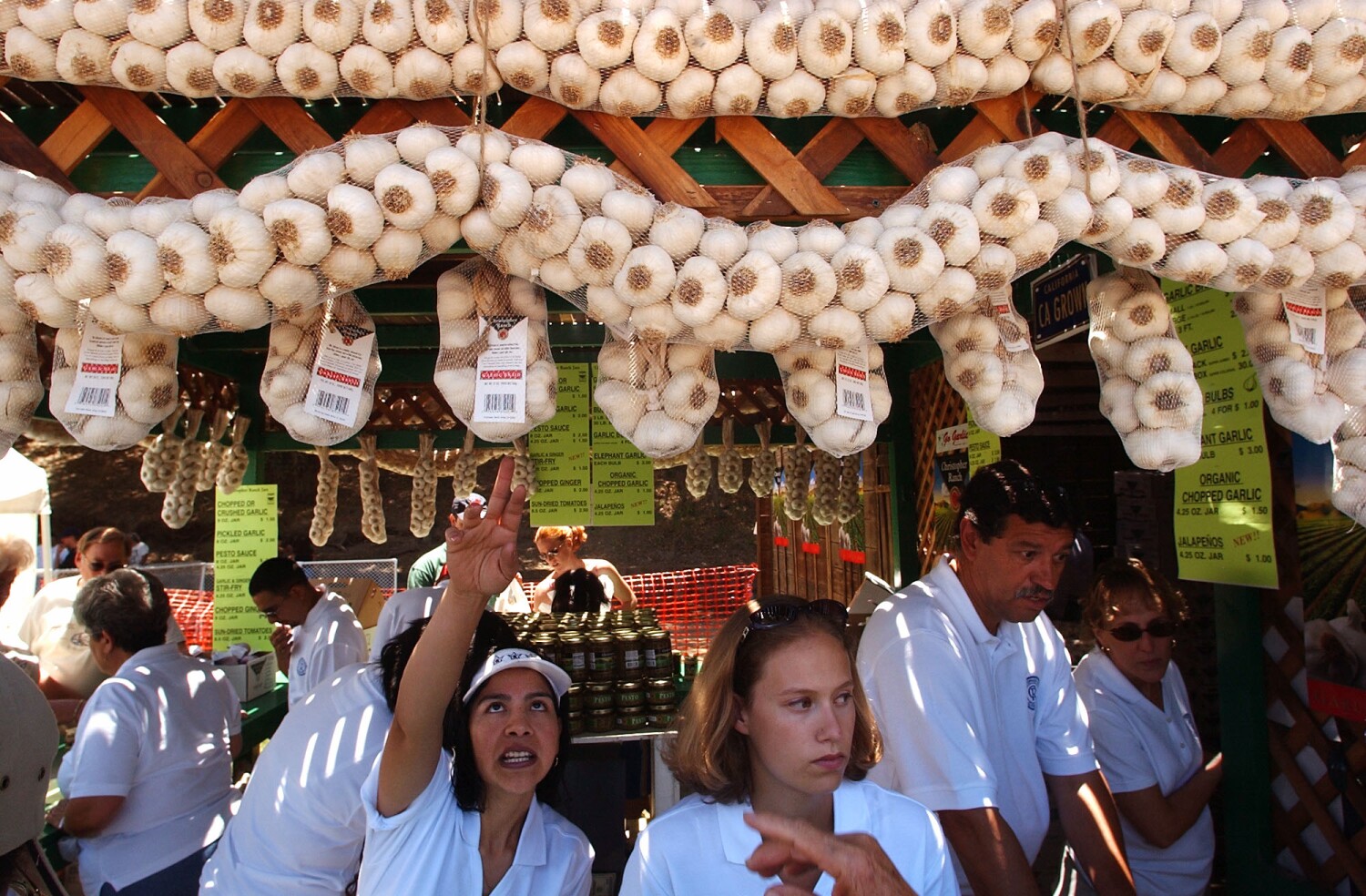 The Gilroy Garlic Festival started with what its founders like to say was a “crazy idea”: the city of Gilroy is in garlic country, so why not have a little fun, raise some money, and attract some attention by publicly celebrating the pungent herb?

The Bay Area farming town has been at it for 42 years, drawing hundreds of thousands of garlic-holics a year and making the festival one of California’s biggest crop parties.

On Saturday, however, Gilroy was reeling from a festival board of director’s announcement that the event was canceled indefinitely due to the economic impacts of the COVID-19 pandemic, the city’s insurance requirements and adjacent parking areas being absorbed by housing developments.

“A lot of us are still trying to process this emotional blow to our city and festival fans across the state,” said Gilroy Vice-Mayor Peter Leroe-Muñoz. “It’s a painful loss of a big part of our cultural heritage, along with funds generated for local charitable work.”

The big question now is whether Gilroy can revive or somehow replace the massive event that embodied many of the most attractive attributes of small-town Americana, along with garlic cook-offs and other reminders of its agricultural roots.

“Finding another way to tell the world what makes us so special,” Leroe-Muñoz said, “will require a regionwide discussion among residents and the agricultural industry.”

The bad news came in a Friday statement by Tom Cline, past president of the Garlic Festival Assn., and Cindy Fellows, vice president-elect.

“Obviously, we are left frustrated and disappointed,” they said. “Our world-renowned festival has helped showcase Gilroy and the South County for 42 years while raising many millions of dollars for local charities.”

The popular food festival suffered a tragic setback in 2019 when a gunman opened fire, killing three people, including two children, and wounding 17 others. Several people injured in the shooting sued the event’s organizers, saying negligent security contributed to the deadly encounter.

Compounding problems, the all-volunteer festival association failed to generate any revenue from the start of the pandemic in 2020 to July 2021, according to Cline, who was recently named Spice Man of the Year by the Gilroy Chamber of Commerce.

But the festival had been facing mounting financial problems for years before the shootings and the pandemic.

“The aftermath of the tragic shooting at the Gilroy Garlic Festival in 2019 brought to light the preexisting financial crisis of the Garlic Festival Assn.,” said Gilroy Mayor Marie Blankley.

“The loss of vital adjacent parking now consumed with housing that began nearly 10 years ago resulted in the gradual depletion of their reserves, a path that was not sustainable and without the ability to adapt to changing conditions,” she said.

It was a poignant end for the festival that helped make California the most festive farm state, with a cornucopia of crop celebrities — dry beans, avocados, dates, kiwi fruit, almond blossoms — sprouting from Oxnard to Sonora.

The first Gilroy Garlic Festival was held in 1979 with the help of 50 community volunteers, who did everything from peeling the so-called stinky rose and pouring beer to selling printed tickets — all 5,000 of them.

An aroma of success surrounded the initial event, which generated $19,000 for the community and newspaper headlines across the nation, including one in a Washington Post that proclaimed, “Fame is Nothing to Sniff at in Gilroy.”

Enthusiastic sponsors of the festival over the last four decades included Christopher Ranch, which supplied more than two tons of fresh garlic every year for its culinary offerings and supported events and projects including the annual Miss Gilroy Garlic Festival Queen Pageant and upgrades to the amphitheater stage.

But Steve Janisch, a head chef for the festival for 39 years and among many Gilroy residents struggling to come to terms with the cancellation, said, “the situation is frustrating.”

“Me and my festival crew were very tight-knit for years,” he said. “We were in charge of cooking scamp and squid and putting plenty of garlic in it.”