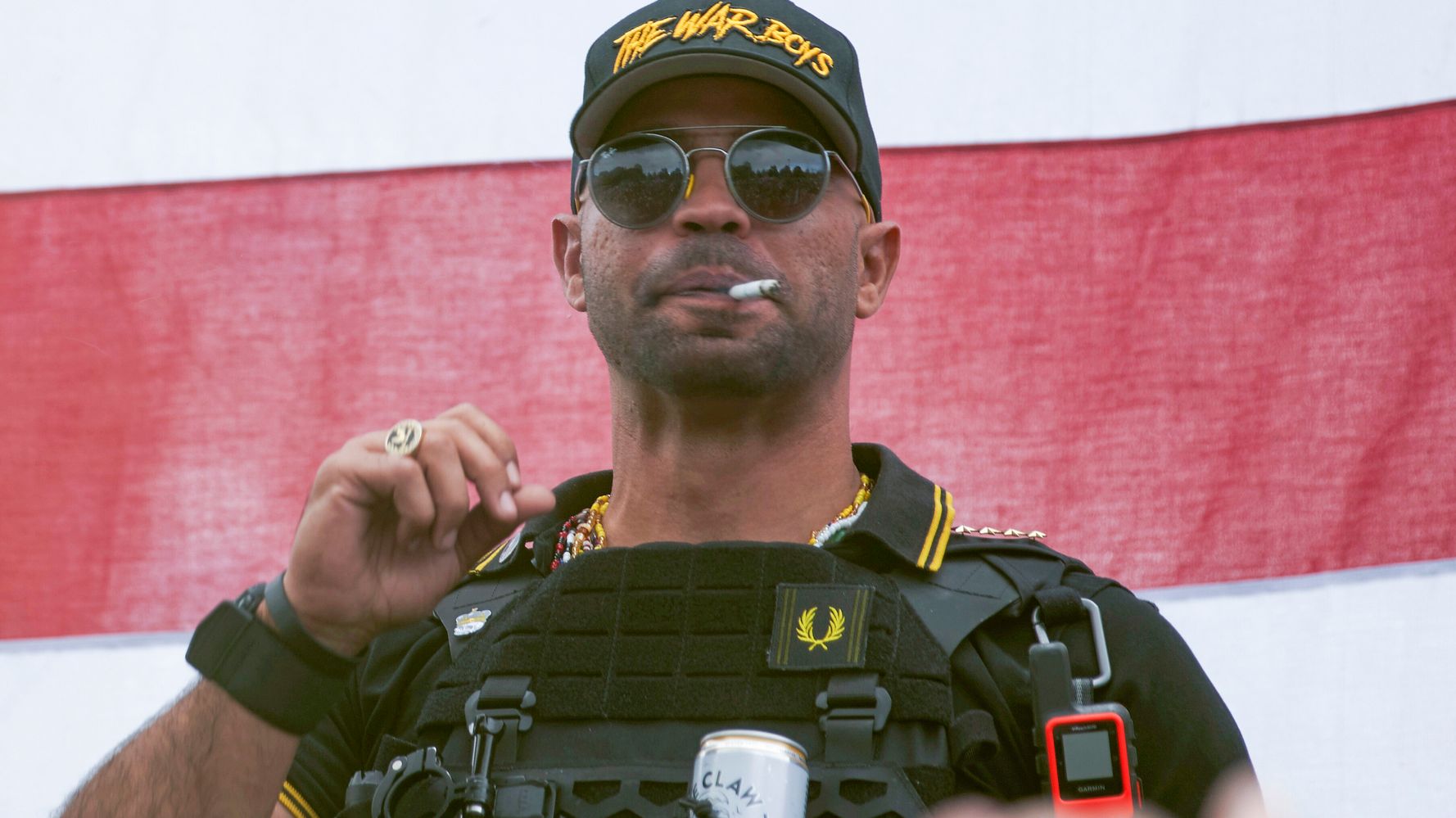 Five ranking members of the Proud Boys street gang are slated to appear in federal court on Thursday, the first hearing of a potentially historic case in which a group of Americans stand accused of conspiring to forcefully upend the U.S. government.

The Proud Boys’ seditious conspiracy case centers on a handful of their leaders — Enrique Tarrio, Joseph Biggs, Zachary Rehl, Ethan Nordean and Dominic Pezzola — who prosecutors say were instrumental in the planning and execution of the insurrection at the U.S. Capitol on Jan. 6, 2021.

Prosecutors say the men led dozens of Proud Boys and thousands of Donald Trump supporters as they mobilized in Washington, D.C., that day in a violent effort to overturn Joe Biden’s legitimate victory in the 2020 election.

Each of the accused faces a slew of federal charges, ranging from property destruction to civil disobedience. But the seditious conspiracy charges, tacked on earlier this week, give this case new meaning.

Such charges are rarely brought forth, let alone prosecuted. The last successful seditious conspiracy case was lodged against a group of Islamic militants who plotted to bomb the United Nations in the 1990s. The decision to bring these charges against the Proud Boys now — and, in September, against several members of their allies in the Oath Keepers, a militant antigovernment group ― carries symbolic overtones, suggesting this is where the federal government pins much of the blame for the insurrection.

The Proud Boys have an uphill battle to defend themselves: Prosecutors have already released reams of evidence that the gang was planning for a last stand for Trump in the weeks leading up to Jan. 6.

Nordean launched an online fundraiser for “protective gear and equipment” and posted a video telling his followers that the events of Jan. 6 would “bring back that original spirit of 1776 of what really established the character of what America is.” Biggs declared a “second civil war” in a blog post. Tarrio, the group’s chairman, allegedly looked over a planning document, titled “1776 Returns,” on Dec. 30, 2020, detailing plans to occupy various buildings in Washington on the big day, including several House and Senate office buildings.

But the implications of this case extend well beyond the decades of prison time each Proud Boys leader faces.

For one thing, the hearing is expected to offer the first honest look at how the federal government views the street gang, which has been engaged in a nationwide campaign of political violence over the past five years. Federal agencies across the board have been criticized for their lackadaisical response to the Proud Boys, who have been involved in many of the nation’s most notorious acts of political violence since Trump took office, culminating in their alleged outsize role in the insurrection.

More intriguingly, the case offers the chance to see Proud Boys testifying against one another. Several members have already taken plea deals in their Jan. 6 cases that would compel them to take the stand. One of them is Charles Donohoe, a chapter leader in North Carolina, who pleaded guilty to a conspiracy charge in April, admitted there was a plan to storm the Capitol prior to Jan. 6, and agreed to cooperate fully with the feds.

It’s not clear what that testimony will reveal, but it could give us a clearer picture of what Trump and company were doing before and during the Capitol attack. Members of the Proud Boys and Oath Keepers were close to Trump and his allies, especially Roger Stone, Trump’s political confidant and friend. The Oath Keepers served as Stone’s security on Jan. 5 and the morning of Jan. 6, and both Tarrio and the Oath Keepers’ leader, Stewart Rhodes, were members of a group chat on Stone’s phone called “Friends of Stone.”

Stone has for years been the Proud Boys’ closest connection to the former president, and their relationship has afforded the gang a degree of political clout that no other extremist group in America enjoys.

Whatever revelations the Proud Boys case may yield, they’ll come in tandem with those unearthed by a House committee tasked with investigating the events of Jan. 6. Those hearings are also set to begin on Thursday.

Andy Campbell is the author of “We Are Proud Boys: How a Right-Wing Street Gang Ushered in a New Era of American Extremism,” coming to bookstores on Oct. 4.