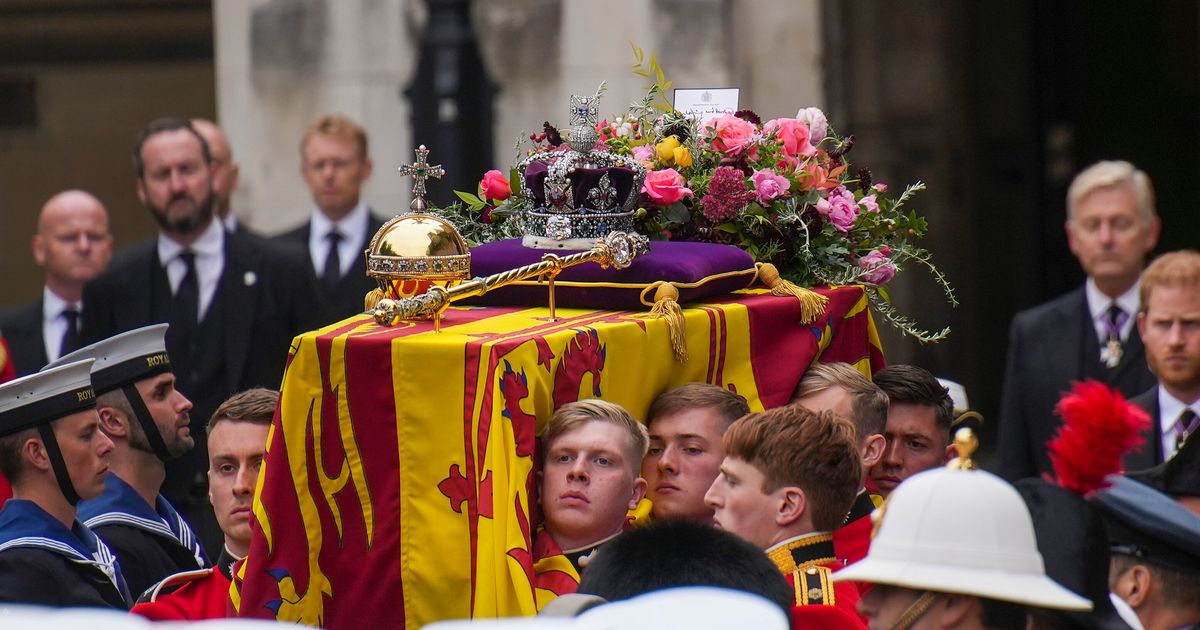 The queen’s coffin was decorated with the Imperial State Crown, the sceptre and the orb along with a special bouquet on the day of her state funeral.

The arrangement was just one of the personal touches the royal family placed throughout the momentous occasion.

Buckingham Palace revealed that King Charles III had requested that the wreath contains flowers and foliage from the gardens of the sovereign’s official residence, Buckingham Palace and his previous country homes, Clarence House and Highgrove House.

The Palace has explained that each flower was chosen for its special meaning: “Rosemary for remembrance; Myrtle, the ancient symbol of a happy marriage, and cut from a plant that was grown from a sprig of myrtle in Her Late Majesty’s wedding bouquet in 1947; And England oak, which symbolises the strength of love.”

Additional flowers — “scented pelargoniums; garden roses; autumnal hydrangea; sedum; dahlias; and scabious, all in shades of gold, pink and deep burgundy, with touches of white to reflect the Royal Standard” — were added, too.

In line with Charles’ passion for the environment, the wreath was made in a completely sustainable way “in a nest of English moss and oak branches,” and with no use of floral foam.

A handwritten note could also be seen among the flowers, although it’s not clear what it says.

The coffin was covered with the Royal Standard flag, too.

The state funeral has seen leaders from around the world travel to pay their respects to the U.K.’s longest-reigning monarch. It’s also the country’s last day of national mourning, which is also being marked by a bank holiday to allow the public to honor the sovereign if they choose to, as well.