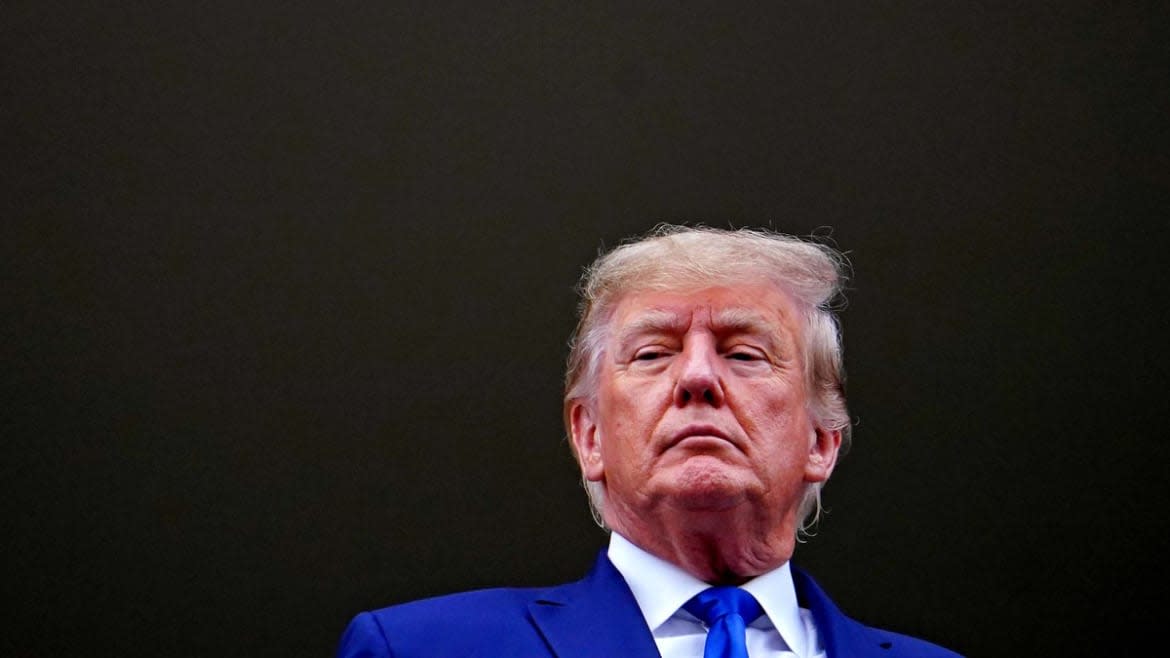 The Jan. 6 Committee begins its highly anticipated national reckoning Thursday night by calling attention to the brutality Capitol Police officers faced 18 months ago and diving into details about one of the gangs leading the violence on that dark day.

While it’s doubtful the hearings will meet the sky-high expectations of those who believed the committee would expose open-and-shut wrongdoing from some of the nation’s top officials, the prime-time hearings will deliver one thing: evidence for many of the lawsuits seeking to make former President Donald Trump and other election denialists actually pay for the violence.

“What the committee can’t do is hold people accountable. But that’s where criminal prosecutions and civil litigation comes in,” said Edward G. Caspar, an attorney representing injured and traumatized Capitol Police officers who are suing Trump after the violence insurrection.

The Real Tragedy of Jan. 6 Is That It’s Still Not Over

That inability to hold Trump accountable with this special panel may sound surprising, given the certainty that committee leaders—Rep. Bennie Thompson (D-MS) and Rep. Liz Cheney (R-WY)—have used in discussing how Trump advanced “a corrupt scheme to obstruct the counting of electoral college ballots and a conspiracy to impede the transfer of power.”

But that doesn’t mean there won’t be any consequences from the House’s Jan. 6th Committee work. After all, the committee has undertaken what investigator (and former Republican Rep. from Virginia) Denver Riggleman has called “the biggest data effort in the history of congressional investigations.”

Still, one of the big challenges for the panel’s investigation—with its contentious lawsuits, secret interviews, and promises to expose the truth—is that it ultimately has no power to punish those who are responsible for last year’s attack on the Capitol.

So far, legal scholars and progressive activists have focused their exasperated calls for action on the Department of Justice. But the real action could come from lawsuits like the one Conrad Smith and seven fellow Capitol Police officers filed in August against Trump, his campaign, Stop the Steal election denial movement organizers like Ali Alexander and Roger Stone, and enforcer gangs like the Proud Boys and the Oath Keepers militia.

“The committee is playing a critical role here for America,” Caspar said. “If you think of the three means of seeking accountability for those responsible for the attack—congressional hearings, criminal prosecution, civil litigation—they’re like a three-legged stool. The committee can shine a very bright light on the evidence and present it to the public. That’s something the others can’t do.”

The committee has plenty of that.

According to the panel, it has interviewed more than 1,000 witnesses and collected at least 140,000 documents, obtained through subpoenas and delivered under oath. Attorneys working on cases against Trump are already considering how to get that evidence—in some cases, videos or interview transcripts—into a form that’s admissible in court for their cases. Luckily for those attorneys, the witnesses who spoke to the committee were already under oath when they testified.

D.C. Attorney General Karl Racine—whose office in December sued the Proud Boys and Oath Keepers, as well as individual members of each militant group—has indicated to The Daily Beast that he will be closely watching the hearings to see what evidence comes out that would be helpful to its case.

In fact, the committee’s first hearing, which starts at 8 p.m. EDT on Thursday, is expected to touch on the role of the Proud Boys during the coordinated attack on the Capitol. The committee will hear from two witnesses: Nick Quested, a documentarian who was embedded with the Proud Boys around Jan. 6, and Caroline Edwards, a Capitol Police officer who suffered a traumatic brain injury that day.

The witnesses and the frenzy surrounding the first public hearing should make for somewhat compelling television—at least as compelling as congressional hearings can be. Even the choice of venue for the event has an element of TV drama; the committee is hosting the hearing in the rarely used Cannon Caucus room, ostensibly so it can accommodate more press but also to add an air of officialness to the proceedings, with the room’s Corinthian columns and ornate chandeliers.

But the evidence revealed by the committee will likely be far more pedestrian. No bombshells are expected Thursday night. And yet, prosecutors and attorneys representing clients in civil cases may not need bombshells. Instead, they just need enough legal fodder to drag certain people in the twice-impeached former president’s orbit—like Donald Trump Jr. and Rep. Mo Brooks (R-AL)—back into the judicial hot seat.

In March, for example, U.S. District Judge Amit P. Mehta dismissed Brooks as a defendant in the insurrection lawsuit that was brought by his congressional colleague, Rep. Eric Swalwell (D-CA).

One of the attorneys on Swalwell’s legal team, Phil Andonian, thinks new evidence might persuade the judge that there’s a strong enough case that the Republican congressman bore some responsibility for the damage at the Capitol.

It was already known that Brooks, a Trump loyalist who peddled all kinds of disproven voter fraud claims, wore a bulletproof vest on the morning of Jan. 6 when he told riled up protesters near the White House that their ancestors had “sacrificed their blood… and sometimes their lives.”

The Jan. 6 committee has obtained thousands of text messages from Trump White House Chief of Staff Mark Meadows and others, including messages to Brooks that could further implicate the Republican congressman.

“This is going to be a good road map to discovery whenever we get to that. I’m certainly interested in a lot of the bit players we’ve identified,” Andonian told The Daily Beast. “It seems almost certain that we’re going to get information [that] Mo Brooks, Donald Trump Jr., Rudy Giuliani were more involved than we were able to allege based on the public information we had at the time we filed the lawsuit.”

“We all know there was coordination and there were people within the campaign that were part of the rally and were talking,” Andonian continued. “That’s only going to get stronger as this information makes its way out.”

Andonian expects that might require his team to refile the lawsuit, as opposed to merely amending it. But the end result would still be what they sought: accountability.

Until then, even those who strongly support the committee are aware of potential pitfalls.

Norm Eisen, an attorney and senior fellow at the Brookings Institution who recently authored a report on the committee’s role in saving the nation’s Republic, said this week that the committee has already done the incredibly difficult work of laying the groundwork to show that Trump and his associates knowingly committed crimes by trying to interrupt the peaceful transfer of power for the first time in the nation’s history. But he acknowledged that hearings might still fall flat with some Americans.

Trump Attorney John Eastman Ordered to Hand Over Batch of Emails and Documents to the Jan. 6 Committee

“If it’s not bipartisan, that’s a risk. But they have brought one of the most conservative members of the GOP caucus, Liz Cheney, as vice chair, a co-equal in managing this. Bipartisanship is a risk but they’ve hedged that,” he said. “The second risk is not having anything new to say.”

Doug Jones, the former senator and federal prosecutor from Alabama, said the committee has to be particularly cautious in its messaging right out the gate so as to not taint its findings with the perception that it’s driven purely by politics.

“Where the committee needs to be very careful is, if they forget the fact that they’re factfinders,” Jones said. “They should not give the American public the perception that this is an attack on Donald Trump. They are finding facts. The facts are going to speak for themselves. They’re going to connect the dots.”

Those facts are still coming in.

Late Tuesday night, U.S. District Judge David O. Carter in California ordered John Eastman to turn over potentially damning documents to the committee. Eastman is the disgraced attorney who closely advised Trump on the ploy to remain in power by pressuring then-Vice President Mike Pence to not certify the electoral college results, and his emails—which the judge determined likely show evidence of an actual crime—were ordered to be delivered to the committee by 5 p.m. Wednesday.

Those emails, if made public by the committee, will only serve to fuel lawsuits against Trump’s inner circle. And even in the off chance that they’re not, attorneys suing Trump for monetary damages will still fight to get them—and expose them.

“Our cases will go forward, and we will be able to hold these people accountable in a way that’s public and transparent and will inform the American public,” Caspar said.