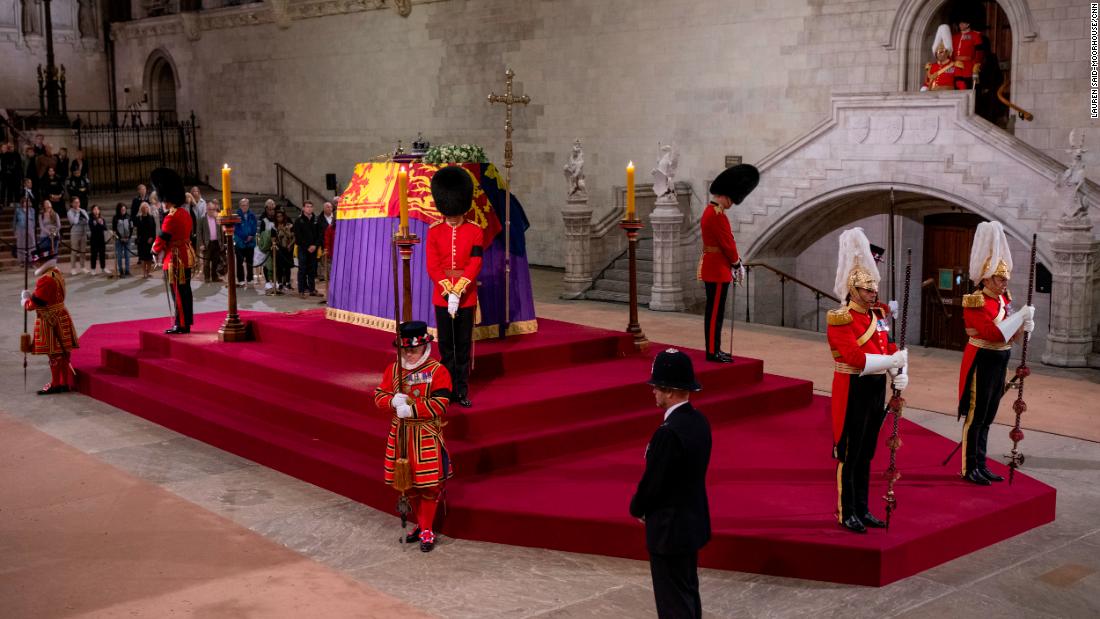 The State Gun Carriage carrying the Queen to Westminster Abbey has a fascinating history.

In the care of the Royal Navy since 1901, it was removed from active service for Queen Victoria’s funeral.

It has also been used for the funerals of several other monarchs, including those of King Edward VII, King George V and King George VI.

It also featured in the funerals of the Queen’s first prime minister, Winston Churchill, and her cousin, Lord Louis Mountbatten.

In keeping with tradition, the gun carriage is being drawn by 142 Royal Naval Ratings, who are service personnel.

It is flanked by the bearer party, pallbearers made up of the Queen’s service equerries, as well as detachments of the King’s Body Guards of the Honourable Corps of Gentlemen at Arms, The Yeomen of the Guard and the Royal Company of Archers.