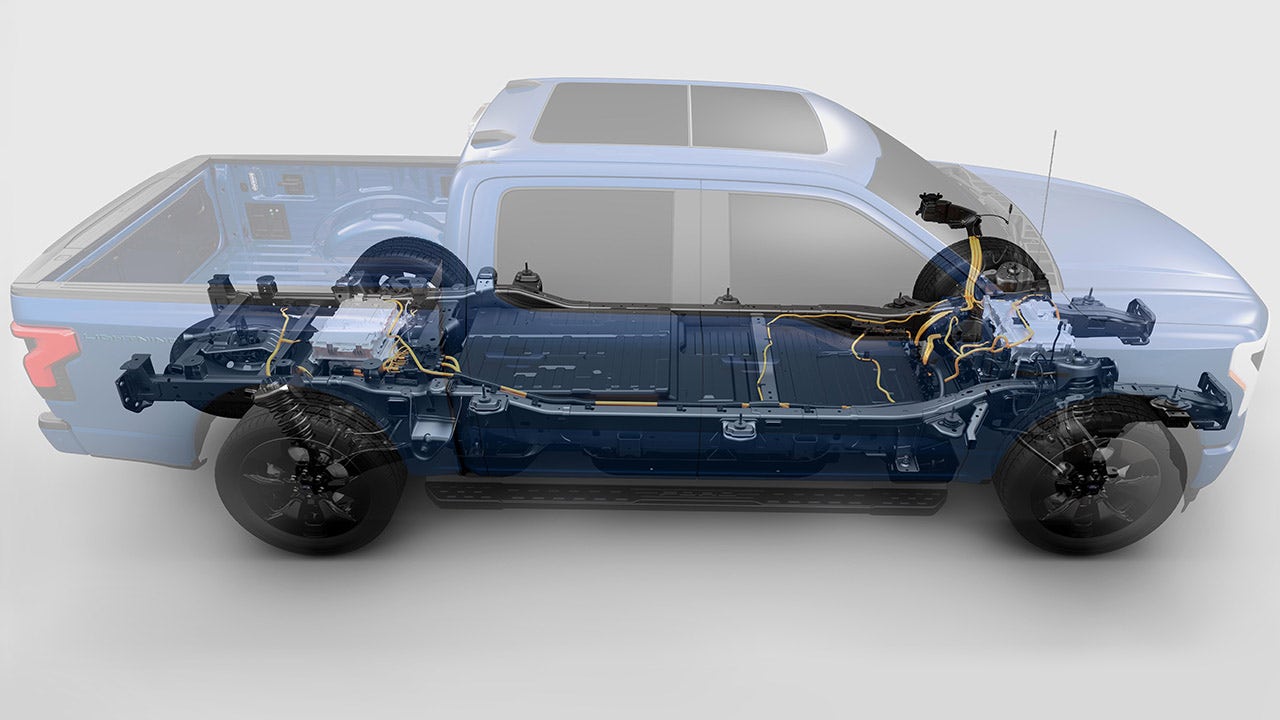 The 2022 Ford F-150 Lightning is Ford’s first electric truck and has features not found on any other F-Series model. Fox News Autos Editor Gary Gastelu takes it for a spin.

The Ford F-150 Lightning is ready to come to the rescue.

The all-electric pickup features bi-directional charging capability that allows it to use its battery pack to provide power to other electric devices at up to 240 volts in some models.

That includes electric cars, including Teslas.

To drive this point home, Ford has been shipping F-150 Lightnings with an accessory to help them do that.

Owners have been posting photos of adapters they’ve been getting, including one that lets Tesla’s unique charging cable plug into the common SAE J1772 connector used by most other electric vehicles.

The device costs around $60 on Amazon and a Ford spokesman confirmed to Fox News Autos that it is an official program being run by the automaker for early F-150 Lightning customers.

The F-150 Lightning is available with up to 9.6 kilowatts of output.
(Ford)

Ford has been promoting the F-150 Lightning’s ability to charge other vehicles.
(Ford)

Unfortunately, Tesla owners won’t be able to reciprocate in kind because Tesla’s vehicles do not currently have bi-directional capability.

The F-150 Lightning can also be used as a home backup power system when paired with an $3,895 integration system, with a full battery able to power a typical home for three days or more.