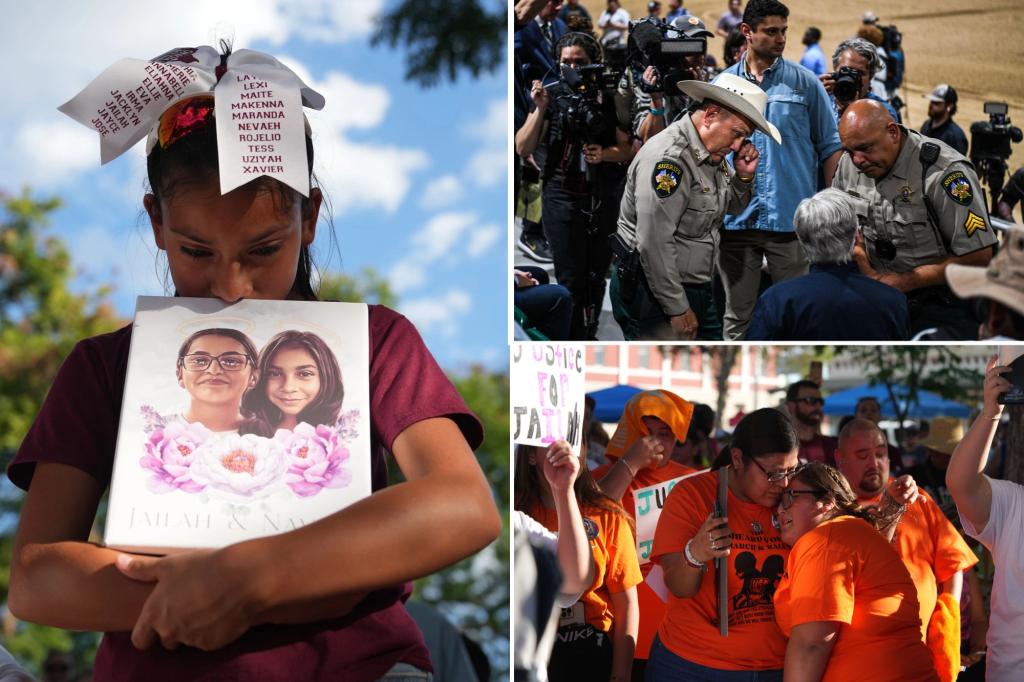 A video showing the botched police response to the school shooting at Robb Elementary School in Uvalde, Texas, will be released by state lawmakers investigating the massacre, it was announced Monday.

Dustin Burrows, the chairman of the house committee probing the deadliest school shooting in the Lone Star State’s history, said the video would be “hallway footage” taken during the May 24 rampage.

The video is expected to be released “sooner than later” and contains “no graphic images or depictions of violence,” said Burrows.

“It literally begins after the shooter enters the room and ends before a breach of that room. The Department of Public Safety and the mayor of Uvalde both agreed to that,” he said.

When the committee releases the video, it will be the first time the public sees the police response to the shooting where 18-year-old Salvador Ramos killed 19 kids and two teachers.

The footage would focus on the law enforcement response to the shooting. It took 77 minutes for police to breach the classroom door and take the shooter out, despite their training to act immediately, even if it meant risking their own lives.

Several agencies, including the Texas Department of Public Safety and the Department of Justice are investigating the failed police response. Cops had multiple chances to stop the gunman before the shooting even began, a law enforcement report said last week.

The announcement came as the committee interviewed three witnesses behind closed doors Monday, including the head of the Texas Department of Public Safety, the Uvalde sheriff and the head of a law enforcement training organization.

“I challenge all of you cowards, that were in that hallway, to step down. Turn in your badge and resign,” said Berlinda Arellano, a relative of Amerie Jo Garza, a 10-year-old who was murdered that day.

“You do not deserve to wear a badge. You did not protect and serve,” Arellano said.

Arrellano spoke at a rally attended by hundreds, including many of the families of the victims– some of whom had never spoken out before.

The families spoke about how their children were failed by police and the school district.

“It’s your job to make sure children are safe and secure while attending school,” said Ariel Rizzo, the cousin of slain 9-year-old Jacklyn Cazares.

“It’s your job to make sure parents can trust that their children will have a safe learning environment,” Rizzo said. “It’s sad that there are children and teachers that are afraid to come back to school. I know I am.”