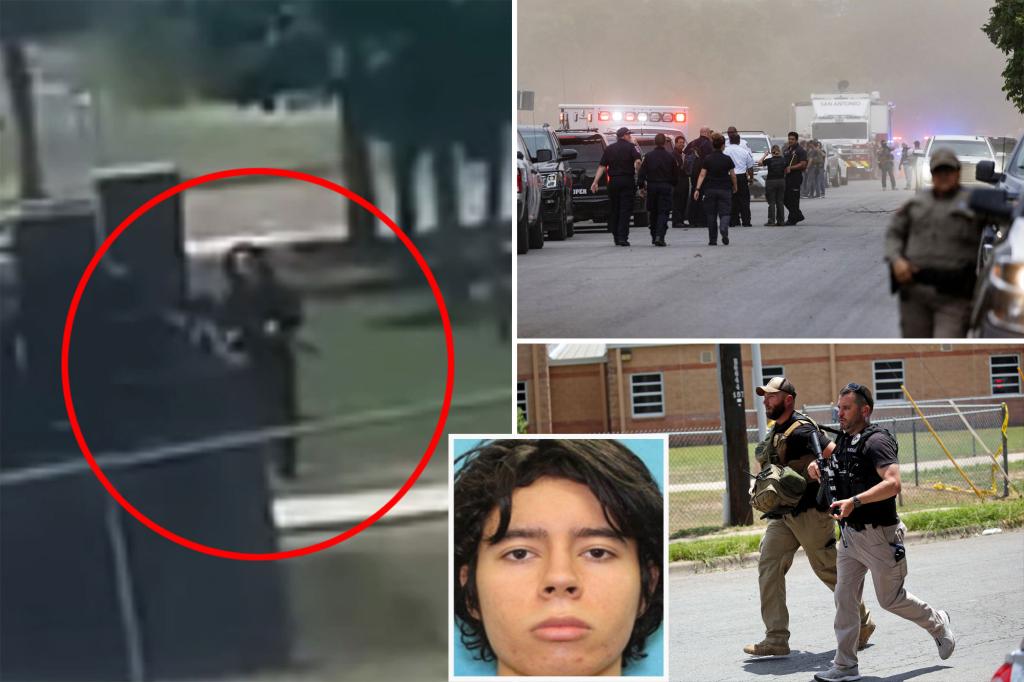 A first responder who rushed to Robb Elementary School said he could still hear shooting as volunteers raced to the “chaotic” scene with parents desperately attempting to reach their kids in the aftermath.

“There’s some areas if you’re in you could hear the gunshots and we obviously heard that the activity was very fluid on the radios and listening to that the whole time,” firefighter Ernest “Chip” King told The Post.

King described a scene where parents frantically converged on the school to see if their child was alive following one of the worst school massacres in American history.

The job of first responders was road control to help emergency vehicles and choppers reach the school easily to transport the injured, he said.

But King, also a city councilman in Uvalde, heard first responders were trying to hold back parents from reaching the school to minimize chaos and so officials could account for every student.

“Obviously it was an extremely chaotic situation early on and I’m not going to say throughout the whole thing, it became under control pretty rapidly but a lot of families trying to get in there, trying to find their kid,” said King, who’s been with the fire department for 35 years.

“I heard, I didn’t see, I heard of fathers there breaking out windows pulling their kids out of windows. It was a terrible, tragic scene.”

Gunman Salvatore Ramos killed at least 19 students and two teachers Tuesday in the small Texas city. He was shot dead by police.

King estimates the shooting went on for at least 45 minutes from when the first call was made about Ramos armed with a gun near the school.

Uvalde is a small community, King said, stressing, “we know, I know, everybody’s gonna know someone related to someone who was involved in this and that makes it really hard.”

He noted the school system has its own police department and school buildings are in lockdown frequently due to the surge of illegal immigration at the border. Schools are locked down at least once a week, he said.

“So it’s a constant presence we have these high speed chases coming into town, we have bailouts, we have a train that comes through town and illegals jumping off trains so when that happens schools go on lockdown.”

King said the police force dedicated to the school is “pretty large” and “very well trained.”

“I don’t know if anyone was at the school at the time, but usually they’re all around all the schools,” King said.

King, who has been on the city council for ten years and has lived in Uvalde his whole life, said he knows some of the victims, including both teachers.

“Because we’re a small town we’re pretty resilient and we’ll all going to band together and take care of each other and try to heal,” King said, adding. “It’s a very sad and senseless tragic thing that happened here.”