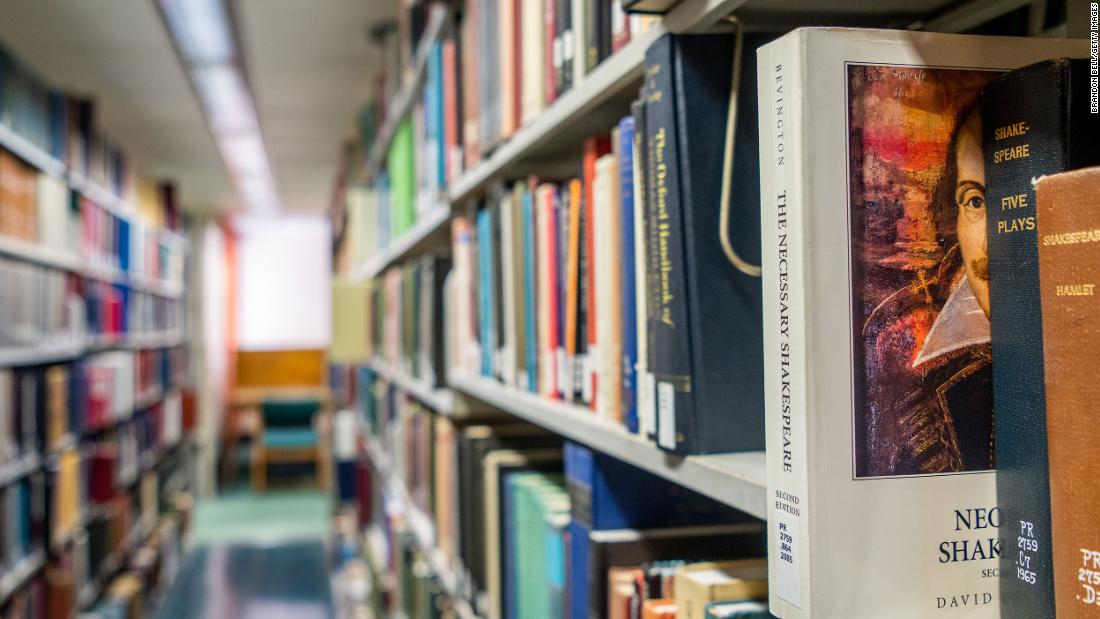 This county of 21,000 people in the Texas Hill Country is now part of the growing number of communities in the United States where conservative groups and individuals have pushed to control what titles people have access to and singled out books that deal with race, gender or sexuality.

The lawsuit, filed Monday in US District Court for the Western District of Texas in San Antonio, claims county officials removed books from the shelves of the three-branch public library system “because they disagree with the ideas within them” and terminated access to thousands of digital books because they could not ban two specific titles.

“Public libraries are not places of government indoctrination. They are not places where the people in power can dictate what their citizens are permitted to read about and learn. When government actors target public library books because they disagree with and intend to suppress the ideas contained within them, it jeopardizes the freedoms of everyone,” the lawsuit states.

Llano County Judge Ron Cunningham, county commissioners Jerry Don Moss, Peter Jones, and Linda Raschke; library system director Amber Milum and four members of the Llano County library board, Bonnie Wallace, Rochelle Wells, Rhonda Schneider, and Gay Baskin, are named as co-defendants in the case. They did not respond to CNN requests for comment. Llano County commissioner Mike Sandoval, who is also named as a defendant in the suit, declined to comment.

In the lawsuit, Leila Green Little, a mother who lives in Llano County, and the other six plaintiffs argue that county officials removed several children’s books last August in response to complaints from a group of community members who described them as inappropriate. Those titles include “In the Night Kitchen” by Maurice Sendak and “It’s Perfectly Normal: Changing Bodies, Growing Up, Sex, and Sexual Health” by Robie H. Harris.

Months later, Texas Rep. Matt Krause launched an inquiry into whether 850 books on the subjects of race or sex that might “make students feel discomfort” were in public school libraries and classrooms. The lawsuit says Wallace eventually sent a spreadsheet with the books from that list that were available in Llano County library’s collection.

In an email to Cunningham and others, Wallace asked “all the pastors to get involved in this. Perhaps they can organize a weekly prayer vigil on this specific issue. … May God protect our children from this FILTH,” the suit alleges.

Some books in Wallace’s spreadsheet were removed from library shelves, including “Caste: The Origins of Our Discontents” by Isabel Wilkerson, “They Called Themselves the K.K.K.: The Birth of an American Terrorist Group” by Susan Campbell Bartoletti and “Being Jazz: My Life as a (Transgender) Teen” by Jazz Jennings, the lawsuit says. Wallace was later appointed as vice chair of the library board.

The lawsuit alleges the county suspended access to e-books because they “were unable to remove two Krause List books that offended their politics and personal sensibilities,” dissolved its existing library board and appointed Wallace and others who pushed for book removals, and closed the advisory board meetings to the public.

Green Little, one of the residents who brought the lawsuit, previously told CNN her group of anti-censorship residents attended county meetings, wrote letters to officials and requested public records in efforts to “stop the censorship.”

In addition to attorneys’ fees and a court order declaring that the defendants violated their constitutional rights, the lawsuit seeks an injunction tailored “to end Defendants’ efforts to monopolize the marketplace of ideas, and to ensure that once again there will ‘be the fullest practicable provision of material presenting all points of view concerning the problems and issues of our times,’ for all Llano County library patrons.”

Shirley Robinson, executive director of the Texas Library Association, said she hopes the lawsuit inspires people in other communities to speak up.

“It is a shame that this unnecessary culture war has led to this, but we applaud the efforts of these individuals to utilize the justice system to speak up and say with a clear voice ‘enough is enough,'” Robinson said. “We didn’t ask for this fight, but we’re certainly not going to lay down and let subjective opinion and politics restrict the freedom to read.”

In a recent analysis, PEN America, a literary and free expression advocacy organization, found that 1,145 books were banned in communities across the United States from July 1, 2021, to March 31, 2022. The majority of those bans involved departures from best practices established by National Coalition Against Censorship (NCAC) and the American Library Association regarding how books and instructional materials should be challenged in schools and libraries, the group said.

For Jonathan Friedman, director of PEN America’s Free Expression and Education program, the lawsuit in Llano County could have a significant impact on the current climate and serve as a reminder of the constitutional protections that people around the country have.

Friedman told CNN there has been “a kind of abrogation of duty” to uphold the First Amendment and there has been “very little resistance” from officials when there are demands to remove materials from school or public libraries.

“Whether that’s in the school board or whether that’s in a library, somebody wants something gone and it appears to be going. At their meetings, there’s no resistance, there’s no friction, there’s no one in some of these rooms saying ‘well, hold on a minute, let’s make sure we exercise due diligence, due process, consider the kind of diversity of opinions as people who our institution serves,'” Friedman said.