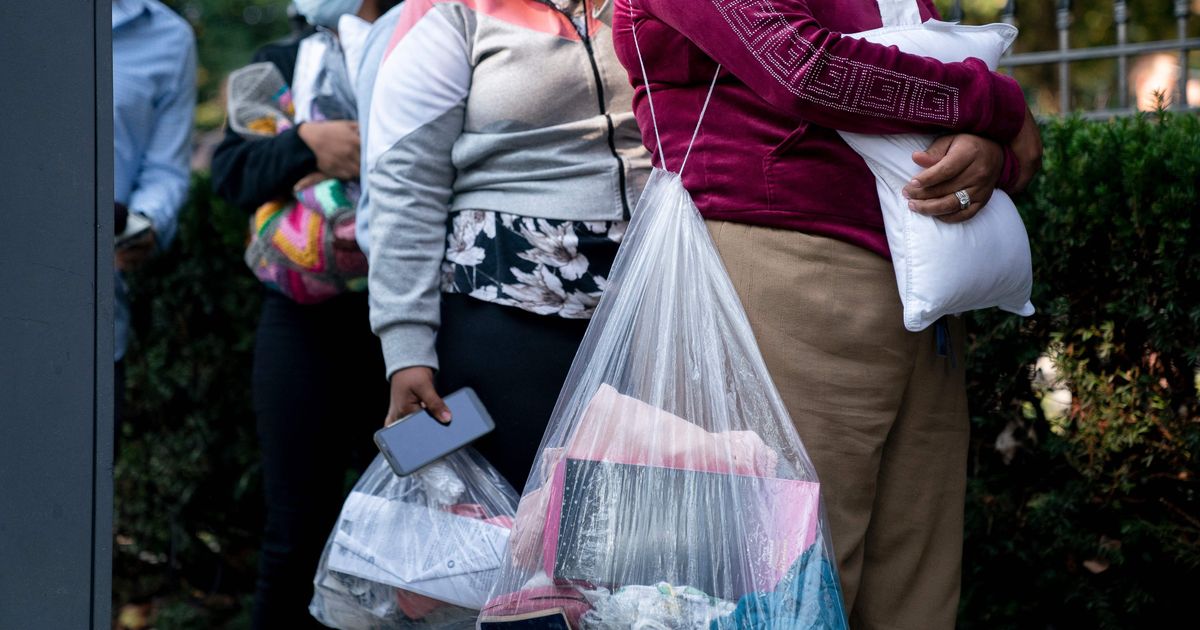 Texas Gov. Greg Abbott sent dozens more asylum seekers to the home of Vice President Kamala Harris in another effort to show his dislike for the White House’s immigration policies this week.

The Republican governor, who referred to Harris as a “Border Czar” in a tweet on Saturday, reportedly bused about 50 migrants – including a one-month-old baby – to Harris’ residence at the U.S. Naval Observatory, the Houston Chronicle reported.

“Texas is bringing the border to their backyard to relieve our overwhelmed communities,” Abbott wrote in a tweet on Saturday. “It’s past time to fix this crisis they created.”

The move comes in the same week that Florida Gov. Ron DeSantis backed two planes that sent about 50 migrants to Martha’s Vineyard.

The migrants, who were allegedly deceived ahead of their trip, flew to a Cape Cod military base that was reportedly better equipped to house them on Friday.

Democrats in Massachusetts criticized the move as a “political stunt” while California Gov. Gavin Newsom challenged DeSantis to a debate and said he was “playing politics with people’s lives.”

Abbott sent more than 100 asylum seekers to Harris’ residence on Thursday, according the newspaper, and most of the migrants who were bused on Saturday are from Venezuela. He also reportedly sent three buses carrying more migrants to New York City on Saturday, The Guardian reported.

HuffPost has reached out to Abbott’s office for additional comment.

Harris told Vice News on Friday that the moves were “political stunts with real human beings who are fleeing harm.”

″[These are] human beings, real people who have fled harm, who came to the United States of America seeking refuge, asylum,” Harris said.

“I think it is the height of irresponsibility, much less—just, frankly, a dereliction of duty, when you are an elected leader, to play those kinds of games with human life and human beings,” Harris said. “If you think there is a problem, be part of the solution.”

In an exclusive sit-down with VICE News, @elizlanders talks with @VP Kamala Harris about the GOP’s dehumanization of migrants “fleeing harm” as they pull “political stunts” by sending them to blue states—and even outside Harris’ home. pic.twitter.com/3yzTxJ7ILx