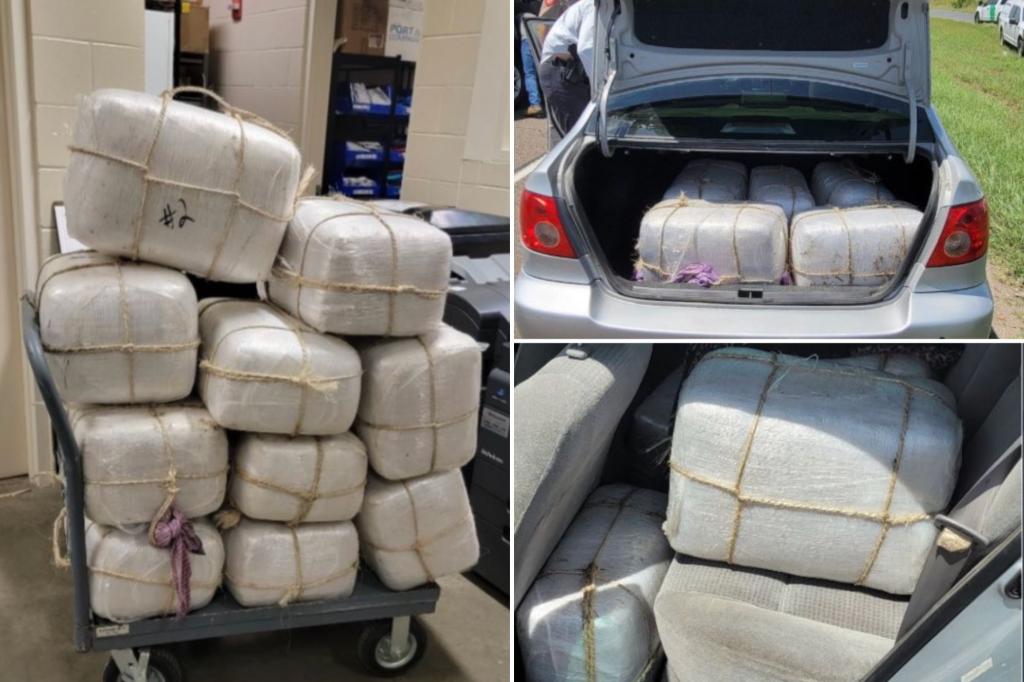 Texas law enforcement authorities were recently involved in a traffic stop that turned into a pursuit that ultimately yielded 10 bundles of marijuana.

Troopers with the Texas Department of Public Safety say they attempted to stop a Toyota passenger car earlier this week on Military Highway 281 for a traffic violation before the car took off on them, according to a Twitter post from the department.

The driver of the car reportedly sideswiped a US Border Patrol unit vehicle during the chase.

“DPS aircraft provided air support as the driver continued evading law enforcement traveling at excess speeds of 95 mph,” the agency said in a Facebook post. “The driver finally came to a stop and was apprehended. A search of the vehicle revealed 10 bundles of marijuana weighing 240 lbs., located in the rear passenger seat and trunk area.”

The Facebook post added that the driver, 18-year-old Azael Pena, was arrested and booked for marijuana possession in Cameron County, Texas.

The law enforcement action was part of Operation Lone Star, an effort by Texas Gov. Greg Abbott and the Texas Department of Public Safety to combat drug trafficking and human smuggling.

“Texas will not sit on the sidelines as President Biden continues turning a blind eye to the crisis at our southern border,” Abbott said in a statement earlier this year announcing more funding for the operation. “Texans’ safety and security is our top priority, and we will continue fighting to keep our communities safe. This additional funding ensures the Lone Star State is fully equipped to provide Texans the border security strategy they demand and deserve.”

The Texas Department of Public Safety did not immediately respond to a request for comment from Fox News Digital.