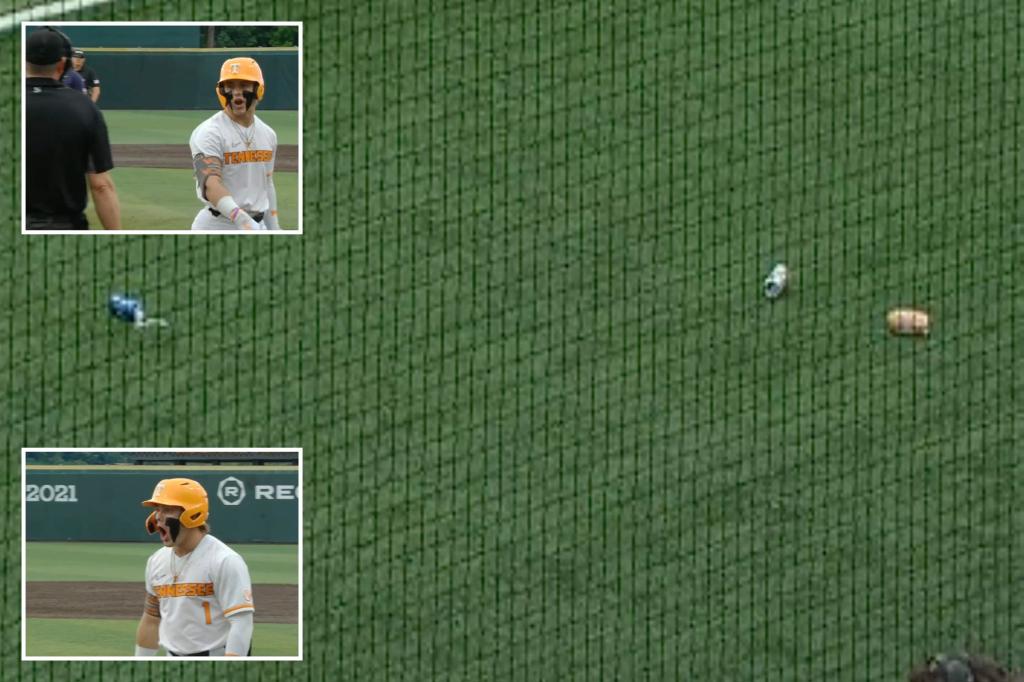 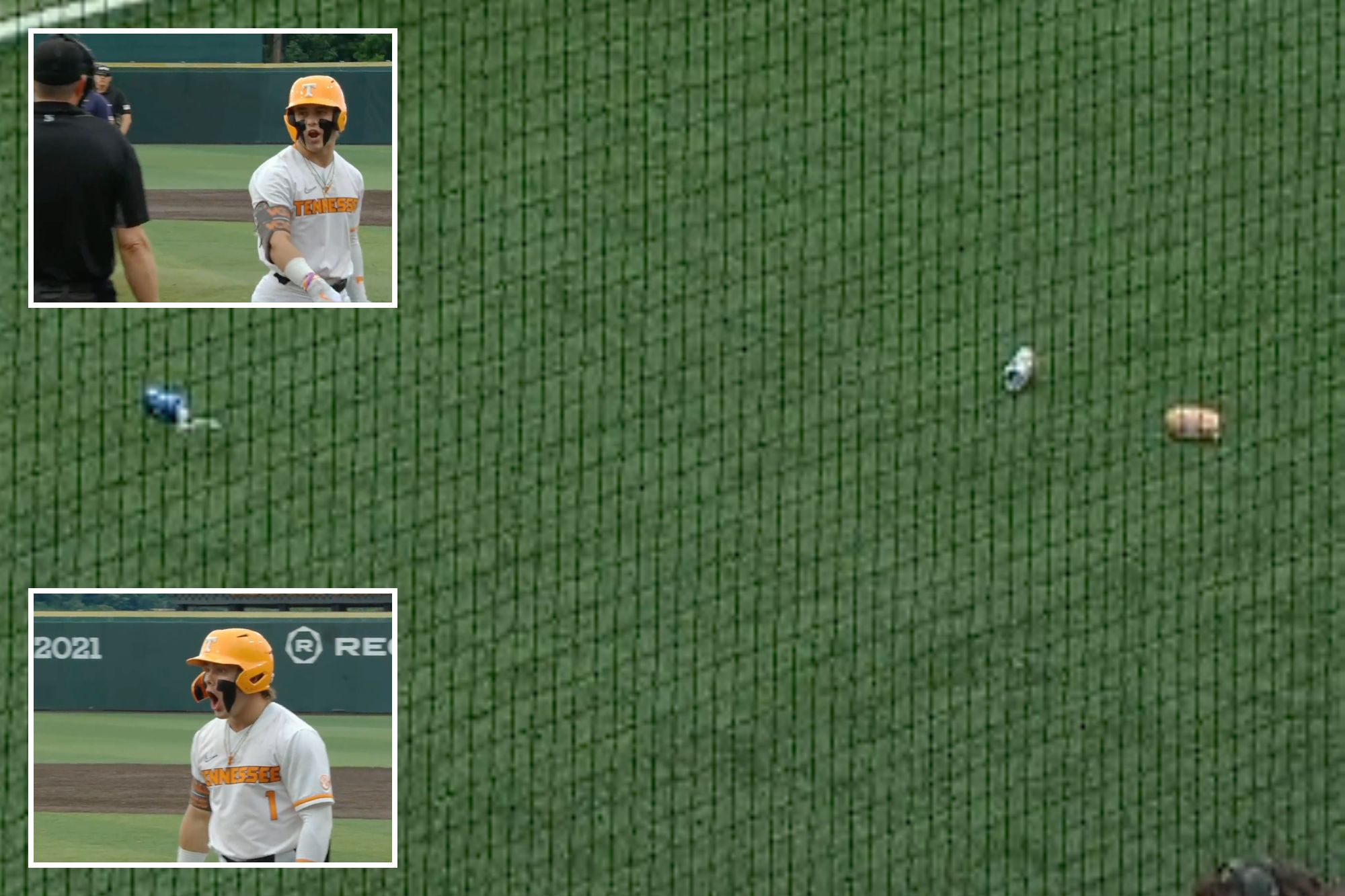 An umpire’s call didn’t cut the mustard for Tennessee baseball fans, so they decided to throw a bottle of the stuff on the field.

After Tennessee’s Drew Gilbert struck out on a questionable call Friday, and cussed out the umpire, both Gilbert and pitching coach Frank Anderson were tossed from Friday’s game against Notre Dame in the fifth inning.

Fans didn’t agree with the ejection and threw garbage on the field in response.

Gilbert, who bats cleanup for the Volunteers, and Anderson will also miss Saturday’s game because of the ejection.

Tennessee, the No. 1 team in the country, beat the Fighting Irish 8-6. It was Game 1 in a best of three series.