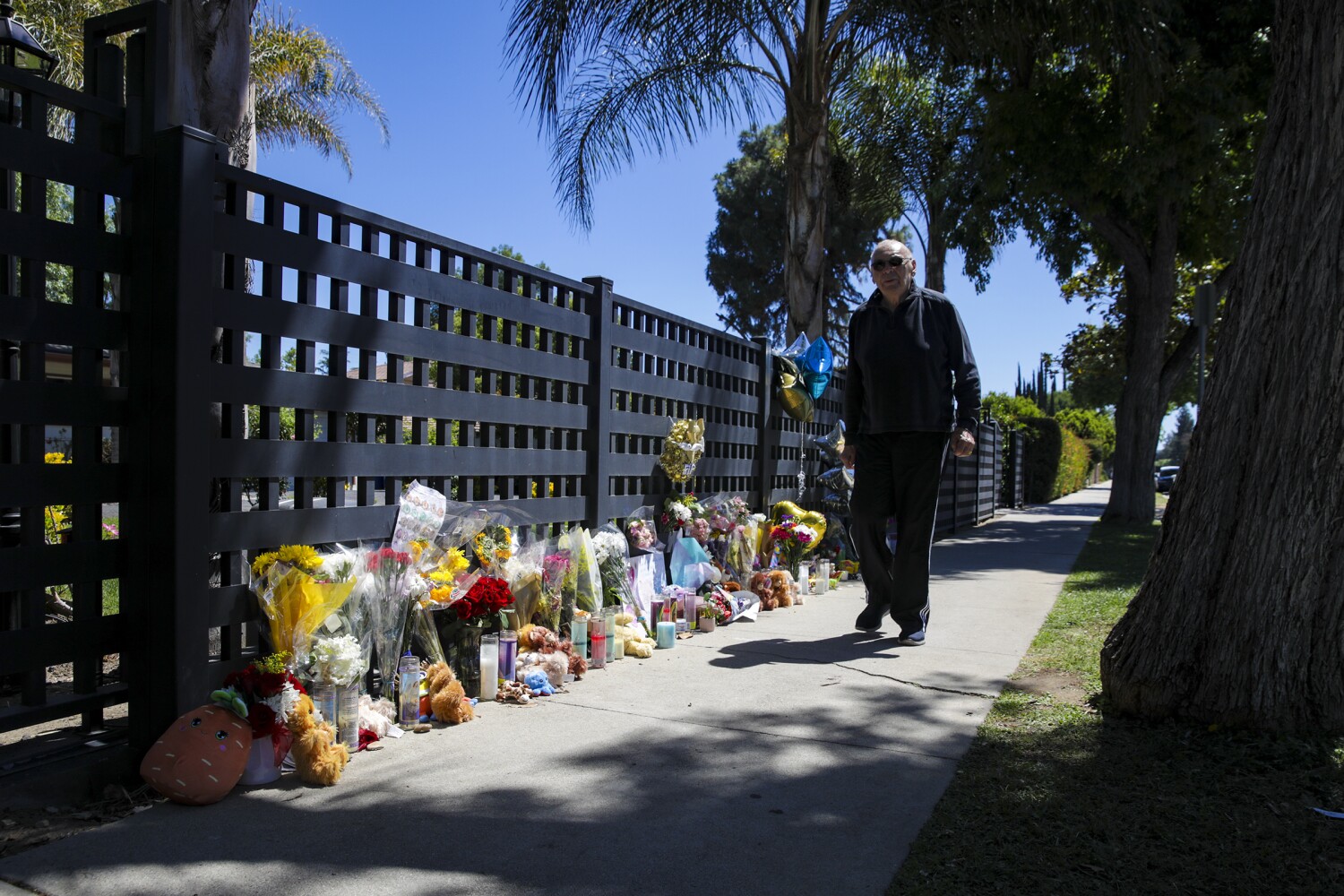 The killing of three children in a quiet Valley suburb over Mother’s Day weekend took a new turn Wednesday when Los Angeles County prosecutors charged a 16-year-old boy with murder.

The teen, who has not been identified, appeared in juvenile court and denied a petition accusing him of murder in one of the three deaths.

Law enforcement sources have told The Times that the boy is the son of Angela Flores, 38, who police say admitted to killing three of her children. Their bodies were found Sunday morning inside a house in the 22500 block of Victory Boulevard on the border of the West Hills and Woodland Hills neighborhoods in the San Fernando Valley.

Angela Flores, who police say admitted to killing her three youngest children over Mother’s Day weekend with the aid of the 16-year-old boy, made an initial appearance Wednesday on the murder charges. She did not enter a plea and postponed her arraignment until Aug. 10.

Sources told The Times that Flores claimed to have believed the children were possessed by demons and repeatedly jumped on them because she thought she could drive the demons out.

Neighbors said they saw Flores holding a Bible and lighting candles in a yard near the home and called authorities about the strange behavior late Saturday night.

LAPD Deputy Chief Alan Hamilton said Flores was taken to a hospital about midnight, but the bodies of the three children were not found inside the home until Monday morning, seven hours later.