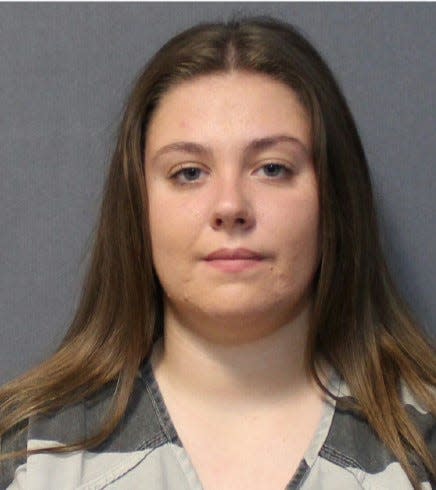 A former teacher’s assistant at a private Monroe County school has been sentenced to jail for having inappropriate sexual contact with a student.

Marissa Lee Beadle, a former teacher’s assistant at State Line Christian School on Lewis Ave. in Temperance, was sentenced to serve 30 days in the Monroe County Jail, with the possibility of the a 90-day period being served in a boot camp program designed to prevent similar behavior. Beadle will then serve five years’ probation with sex offender treatment and was ordered to not have any contact with the victim or the family of the victim.

“As a parent, part of a mom’s job is to protect your child. … But what Marissa did to my child, I can’t fix,” the victim’s mother said at the sentence hearing.

“I think clearly this is a difficult situation,” White said. “The kicker for me is that Ms. Beadle was in a position of authority.”

According to the Monroe County Prosecutor’s Office, Beadle was a 20-year-old teacher’s assistant at the school when she engaged in inappropriate contact with a then-13-year-old student.

According to the family, the assaults occurred during multiple occasions at the school and at the family’s home over a period of months. Beadle pleaded no contest to two counts of child abuse, third-degree and one count of accosting a child for immoral purposes.

She said in a statement read by her attorney in court that she was sorry for the situation and never meant to harm anyone.

“I am very, very sorry. … I am begging for mercy, your honor,” according to the statement.